The new AMD Phenom model naming scheme is pretty straight-forward.  Three brands will remain: Phenom, Athlon and Sempron.  They are only releasing a pair of Phenom 9000 series CPUs today but will follow it up with a Phenom FX-80 series of enthusiast parts and an 8000 series that will be triple-core rather than quad-core. 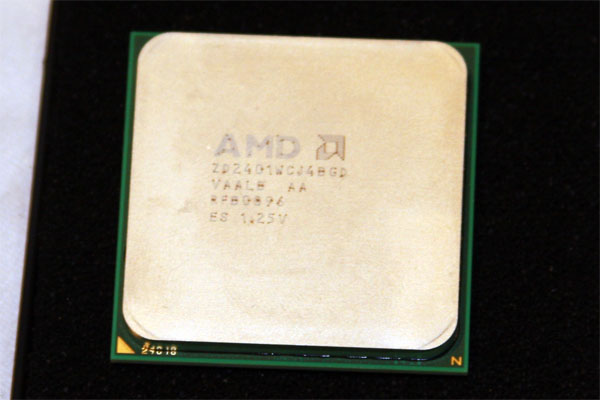 An AMD Phenom Engineering Sample – looks just like an Athlon!


With the release today AMD is only going to have two Phenom models on the list: an AMD Phenom 9600 and Phenom 9500 clocked at 2.3 GHz and 2.2 GHz respectively.  Both are set at a TDP of 95 watts and will come with a total of 2MB of L3 cache and 2MB of L2 cache, 512KB to each core.  We had heard for some time that AMD would be releasing a 2.4 GHz Phenom processor today as well, but plans have obviously changed.  The official word is that a TLB (translation lookaside buffer) issue with the L3 cache was causing some issues in a very small segment of virtualization configurations.  They decided to hold off the 2.4 GHz chip to fix it while using a BIOS change to address the problem for these two options.  It doesn’t make complete sense to us either, but we can obviously see that AMD is having some issues ramping up the Phenom cores as high as they’d like.

Another interesting story is about the Intel Core 2 Extreme QX9700 — this part was sent to us just a week or so before the AMD Phenom launch and the NDA on “preview” performance results was brought in to Nov 19th, no doubt to rain on any possible sunshine of AMD’s Phenom parade.  This part is basically a 1600 MHz FSB Yorkfield running at 3.2 GHz with 12MB of L2 cache.  You might say “Hey Ryan, there is no motherboard chipset that supports 1600 MHz FSB though?” and you’d be right.  Intel told us to expect the X48 chipset (which will support 1600 MHz FSB) in Q1, the same time frame as the QX9770 processor.  For now we ran the QX9770 on the Asus P5E3 Deluxe motherboard with a BIOS to support it.  Performance results for it are included here as well.

Testing a completely new processor architecture is always a difficult task, but our testing had even more complications that we would usually see.  First, all of our Phenom testing was done off-site at and AMD organized event.  The systems were built, the operating system was setup and the drivers were installed by someone else — not me.  That in and of itself would usually cause me to be suspicious but I spent quite a bit of time on these systems just looking and checking things out and it all seemed clean to me.

Another reason I feel the test conditions were more fair that we might initially think is because I used my own benchmarks — not the ones that AMD supplied on the systems already.  I brought my own software and installed it myself and I think the situation is then close enough to call “valid” for our results.

Finally, the fact that the hardware used for testing was different than the test beds we used for all of our Intel and the rest of our AMD testing means some tests can exactly be matched up.  For example, because the Phenom test bed used dual AMD Radeon HD 3850s in CrossFire mode and our Intel and AMD test beds here used a single NVIDIA GeForce 8800 GTX, scores from 3DMark06 will be affected.  I’ll be sure to note this again in the appropriate benchmark pages.

For our CPU comparisons, it’s important to note how AMD presented the systems to us.  Originally our testing systems were running at 2.6 GHz and we ran through our performance tests at that speed but when we found out that 2.3 GHz was going to be the top launch speed, I stayed behind to get numbers for that as well.

Note that we also included results for the Intel Q9450 – a new 1333 MHz FSB Yorkfield CPU that is going to be priced at $320 or so; a similar target to what the Phenom 9600 is aiming for.  With that aside, let’s see how the comparisons are made: 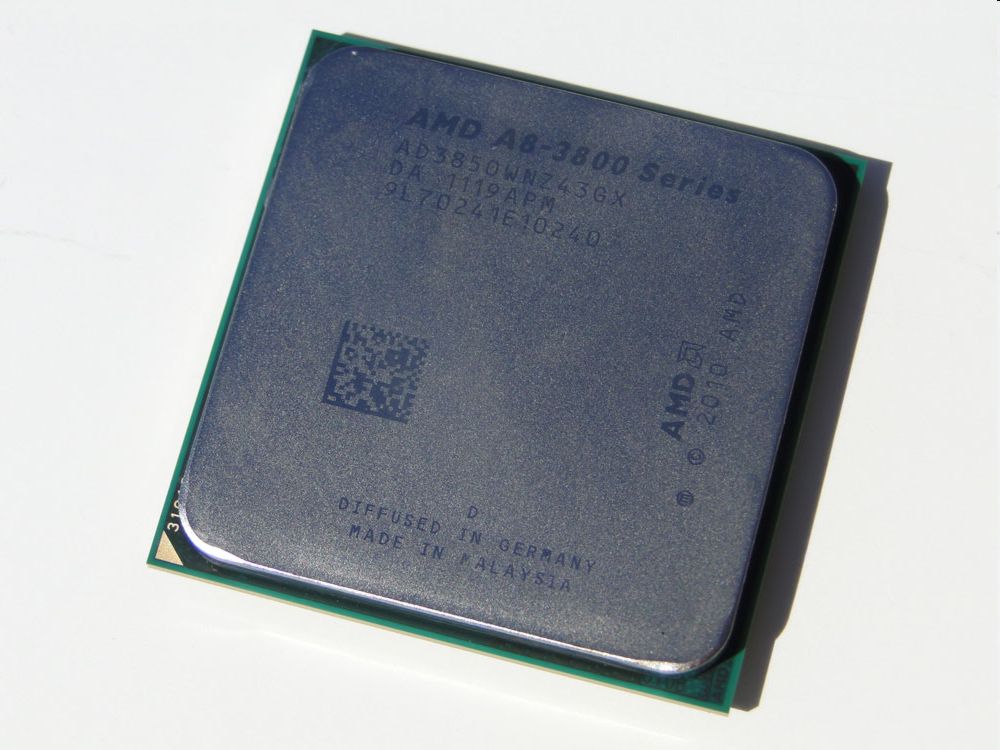