The Radeon HD 3870 is a more interesting beast in that there wasn’t as much sampling of the product for fear of how it would stack up to the competing 8800 GT.  With estimated pricing of $229, the HD 3870 will definitely cost less than what the 8800 GT is currently at, even though NVIDIA was hoping to see prices of their part down near $200 by the holidays. 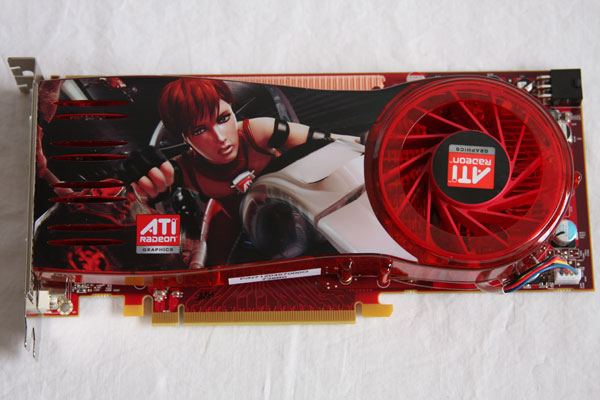 The 3870 uses a new dual-slot cooler that turns out to be very quiet in my testing.  AMD has the noise levels at 34 dBA and the peak board power at about 105 watts.  If you remember back to our initial review of the HD 2900 XT the estimated peak board power for it was over 215 watts! 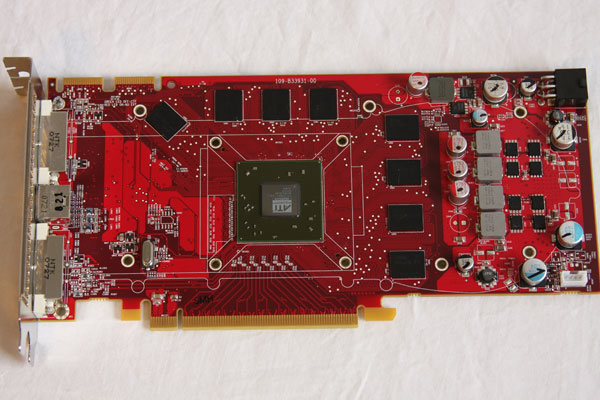 Taking the heatsink off we see the new RV670 die and the GDDR4 memory – the PCB on the 3850 looks the same with a different memory configuration. 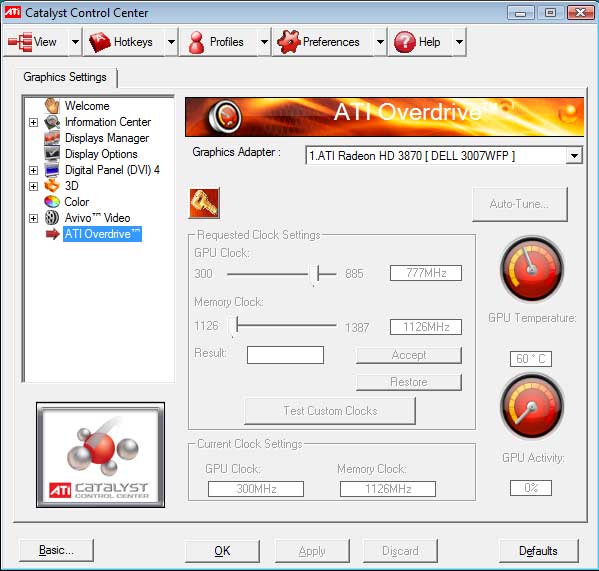 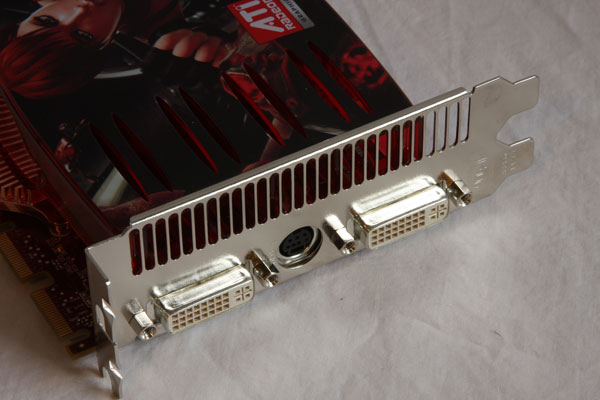 Again, the HD 3870 has the same external connector configuration with a pair of dual-link DVI connections and an HDTV output. 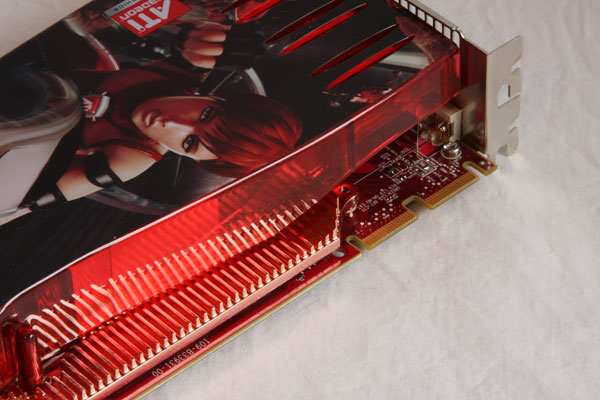 And also again, the new HD 3870 uses the same CrossFire connections as the HD 3850 and HD 2900 XT and will support two, three and four way GPU configurations. 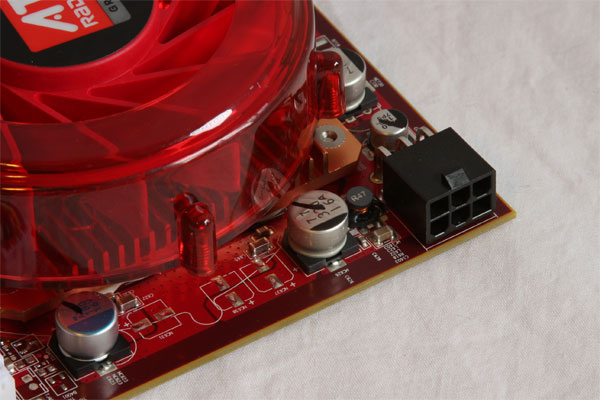