The Lovefest that is AMD Marketing

Curious as to how a company that merges CPU and GPU teams can cope with internal struggles and tactics for product positioning? Nah, us either, but this article is interesting none the less!

Whether they like it or not, AMD is a big company.  The acquisition of ATI was very significant due to the sheer amount of products that “division” added to the mix.  Not just 3D graphics, but also chipsets, mobile devices, TV chips, and other assorted multimedia gear.  The combined company is closing in on the $2 billion a quarter mark, and the introduction of the latest Radeon HD 3850/3870 products, the 700 series chipsets, and the Phenom processor will all add to the bottom line this 4th quarter.

With so much good news, what can go wrong?  Well, we all know the answer to that one.  Phenom is underperforming, late to market, and AMD cannot get the clockspeed up.   The X2 CPUs are not very competitive against the Core 2 Duos, much less the Core 2 Quads.  AMD has had issues getting its 65 nm SOI process running where it should be.  The company is bleeding money at a tremendous rate.  We can well imagine that a lot of people inside AMD are worried about their jobs, and the seemingly inevitable cuts that will be coming down the line. 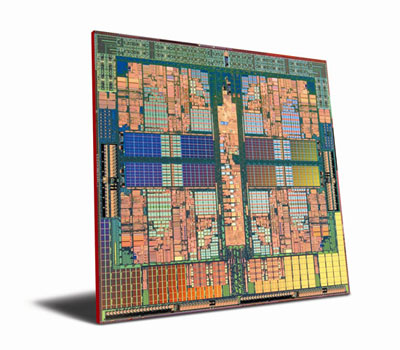 What do you mean it doesn’t perform?  But it looks so pretty…

So what does this have to do with marketing?  Considering the amount of personnel shuffling over the past few months, quite a bit.  Throughout the rest of this article, I will be making a division where there officially is not one.  AMD is one big company, but I will still refer to the graphics division as ATI and the CPU division as AMD.  I’m sorry, but I just don’t want to keep typing out “AMD Graphics Division Marketing” when I can simply put ATI PR in there.

The two marketing cultures found in the different divisions of AMD are at loggerheads.  It does not take a genius to see that there are some potentially bitter feelings there.  We saw a lot of the top marketing guys at ATI leave this past year, as well as a lot of top people period.  Most of the remaining people probably thought they saw the writing on the wall (and perhaps the writing was in fact there), so they decided to get aggressive as a whole.

The seeming result of this aggression was the Lake Tahoe and Warsaw events that were apparently set up mostly by the ATI marketing folks.  When I attended Lake Tahoe, I believe the only traditional AMD guy there was Pat Moorehead.  Many of the familiar CPU faces were absent.  The Tahoe and Warsaw events saw an equal amount of praise and condemnation for the way they were handled.  Though in the end, the idea of a “benchmarkfest” is pretty unpalatable for many reviewers. 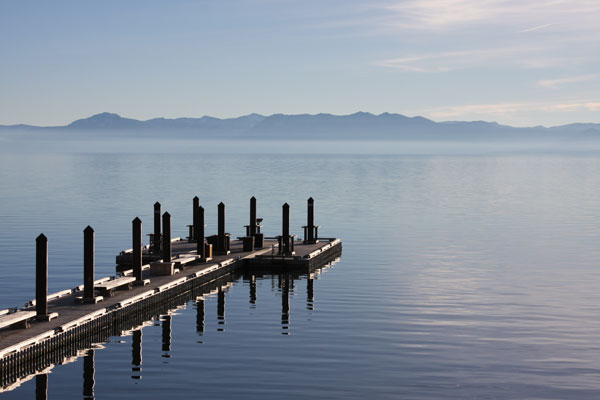 In looking at these events we really see the differences between the marketing styles of the CPU and GPU guys.  I think we can boil most of these differences down to product cycles.  GPU is short, CPU is long.

The GPU world is an unforgiving and high profile place, and marketing has taken center stage in selling products.  The simple reason for this is that whatever the quality of the product is they are selling, they are absolutely forced to hype it up so that it can sell until the next version is ready to go.  Considering the major changes that typically occur twice a year (one high end refresh in one part, and one midrange/low end refresh in another), marketing often has to go into overdrive to get product to sell.  Because of the high amount of automation involved in designing GPUs, their lifespans are far shorter than what happens in the CPU world and those fully custom parts.  So if for example a company has a stinker of a part (think GeForce FX), then they need to push out the positive features and hype that thing to the moon.  Because of the short cycles, people’s memories tend to be short lived.  So whatever hype was promised and not delivered, as long as the next product 6 months later will address these issues, people are forgiving.

The same cannot be said for CPUs.  In six months a CPU will get a clockspeed increase, but the overall architecture will be the same.  Marketing has to take a slow but steady approach to keep products selling, and praying that engineering will not put out a dud after all of those years of work.  Even when a dud comes out, the marketing people cannot simply overhype a product, because several months down the line the truth will be self evident.  Memories are long in the CPU world, and we constantly hear things like “Remember K6 and how awful Super 7 was” or “I hope it’s not another Pres-hot (Prescott)”.  So the marketing people in the CPU world often try to do their best to under-promise and over-perform, as any perception of overhyping will follow for cycles to come.

So now we come to the crux of the matter.  ATI is something of the rock star when it comes to marketing, while the AMD guys are more like the broadway showtunes composers.  Both are equally creative, but they address totally different marketplaces in terms of pace and enthusiasm (and groupies).  3D graphics are simply sex when it comes to market perception, and while CPUs also garnish a lot of loyalty and enthusiasm, it simply cannot compare to the launches we see on a yearly basis from the 3D guys.

Now, if AMD wants to in fact push the platform idea, they need solid input from both camps.  There is a lot of experience on both sides, and I think as a whole AMD would benefit by getting these teams to work together rather than have them compete with each other for jobs in what is now a heavily bleeding AMD.  The Lake Tahoe event was a perfect example of a 3D graphics mentality trying to pull off the platform.  It was a lot of flash, the setting for the release was beautiful, and they launched the platform with a lot of hype.  Unfortunately they showed it off with a processor that will not see the retail market for another three to four months (the 2.6 GHz Phenom) and motherboards that were not quite fully baked and ready for show (the Asus motherboard used in ½ of the test machines were simply not solid enough to do much on).  Some sites had the courage and tenacity to underclock their systems to 2.3 GHz (like our own tall and handsome Ryan Shrout), but this probably should have been something the AMD staff did before the journalists set hands to the test machines.

On the other hand, the graphics pieces took centerstage at the event.  All test machines were CrossFire enabled, and they were showing off CrossFire X and the unannounced R680 based boards.  Also shown was the DX 10.1 demo and the Adobe Premier encoder using the GPU.  These things were polished, and obviously the PR folks putting on the event knew all about graphics.  If they had included the CPU guys, they probably would have had a better overall showing.  I say this because the CPU labs are constantly testing the new motherboards, and probably could have told them to stay away from the Asus board until it has another BIOS revision or two to go.  They also would have likely used a 2.3 GHz or 2.4 GHz Phenom rather than show off a 2.6 GHz product that is far, far away from being released. 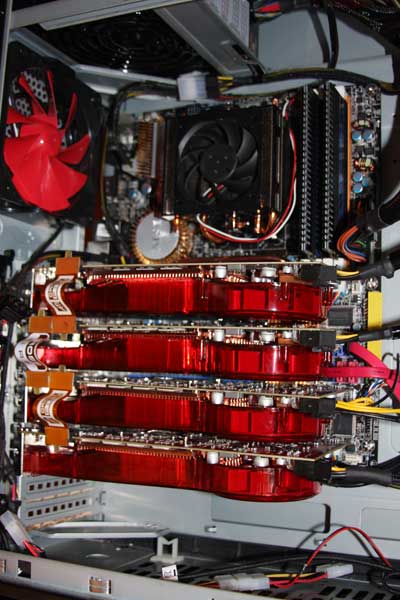 If AMD can get these sides to compromise, then we will have a flexible group that can in fact pull off platform launches successfully.  Not only that, but the strengths of each group can also help the other in the more individual launches that we will see coming up.  Injecting a little excitement and flair into CPU launches is a good thing, as well as keeping a steadier keel and underpromise/overdeliver with 3D graphics could garner a lot of respect from journalists and consumers alike.  After the slightly bitter disappointment that was the R600 based HD 2900 XT, I must admit that the graphics PR folks did a much better job with the 3870/3850 launches in making expectations low, but delivering tremendous products at their respective price points.

AMD certainly has a long way to go before they can amaze consumers like they did with the original Athlon 64.  It seems as though the engineering sides of the company are working together very well, but the upper and middle management are still trying to mark their turf.  With the recent shuffling of positions throughout the company, hopefully things will be put into order quickly.  The marketing cultures are very disparate at this time, but hopefully someone higher up will take the bull by the horns and create a common ground from which both teams can work on.  There are a lot of strengths on both sides, so hopefully they can find a synthesis and be an improved entity.

If you have any questions or comments on this topic, please stop into the PCPer Forums to discuss!

Update:  We have found out that in fact the CPU folks outnumbered the GPU folks at the Tahoe event by about 4 to 1.  Unfortunately, myself and Ryan really were not aware of the people in question.  People like Mike Goddard from the CPU performance lab were in attendance, but our discussions in that setting were mostly limited to the Ex-ATI guys out of Canada and California.  Saying that the CPU people were not involved at all is obviously a mis-perception on our part.  I was also unaware at that point that Chris Hook had been promoted to being the head North American marketing guy (obviously an official title), and is in charge of CPUs, GPUs, and chipsets.  Still, the public perception is that AMD has yet to show a truly united front between their former divisions.  Hopefully they can dispel that perception in short order. 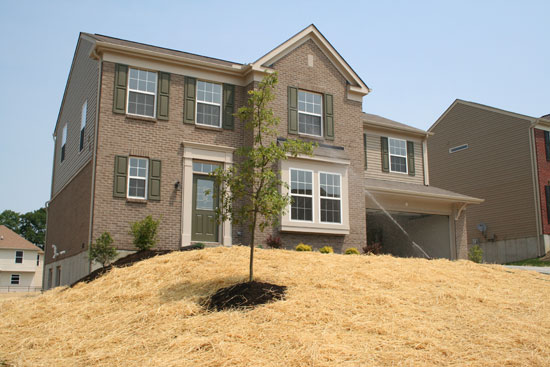 RIP Etta James, your voice will be missed