The day has finally arrived, we can see the performance of a ‘true’ quad core processor, and the chip that will take AMD into the future … as a distant second to Intel.  Barcelona just doesn’t have what it takes to compete against the much higher clock speeds of the newest Intel chips, and can barely match them clock for clock.  Their price is just pathetic too … as [H] pegs it, only $283 to the $1250 of the QX9770.

That’s right boys and girls … less than 1/4 the cost … so all is not lost for AMD.  The 2.3GHz 9600 can’t keep up with the 3.2GHz QX9770, but unless you are looking at spending over $1000 just on your CPU, then the QX9770 isn’t really on your radar.  AMD was abandoned by the performance at all costs crowd a while ago, but they have offered the enthusiast a nice new choice to build a system around.  We can only hope that they can sort out the L3 TLB errata errors, so they can start scaling the clock speeds up.

Make sure to check out Ryan’s look at the Barcelona series, including some results at 2.6GHz.

“AMD’s native quad core Phenom desktop processor is finally here accompanied by the 790FX chipset that makes up the AMD “Spider” platform when used alongside the Radeon 3800 series video cards.” 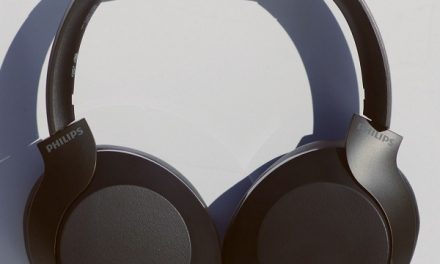 A New Type Of Product From An Old Name, The Philips PH805 Bluetooth Headset