Right out of the gate XFX has a solution based on the NVIDIA 8800 GT reference design for retail release.  It is named the “Alpha Dog Edition” which would imply to me something other than stock clock speeds and extras — but that’s what we have here. 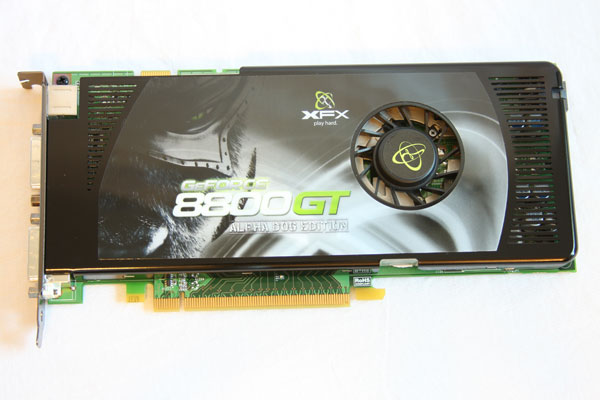 The stock clock speeds of the XFX 8800 GT Alpha Dog match those we showed you on the previous page:
The 8800 GT card is a single slot cooler design that is actually very sleek looking and doesn’t feel cheap at all.  The heatsink covers the entirety of the PCB board and only opens where the fan, power and SLI connectors are located. 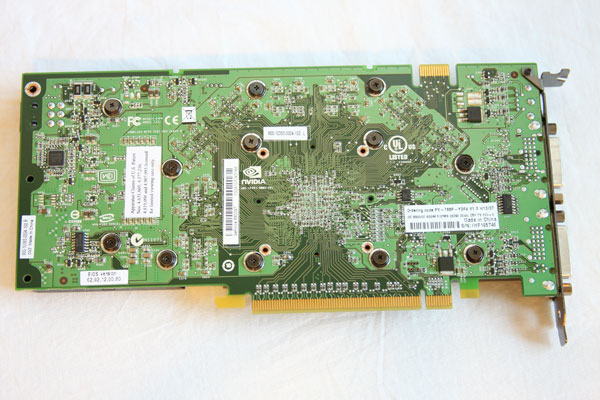 The rear of the card is pretty empty with just the screws used for holding on the heatsink and fan. 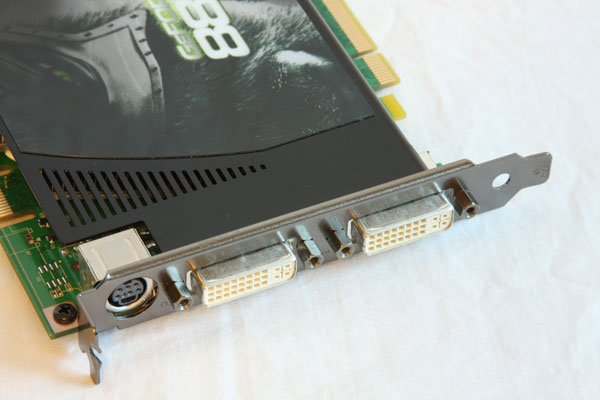 The external connectors on the card are both dual-link DVI connections and the TV output is the now standard HDTV dongle connection that NVIDIA has implemented. 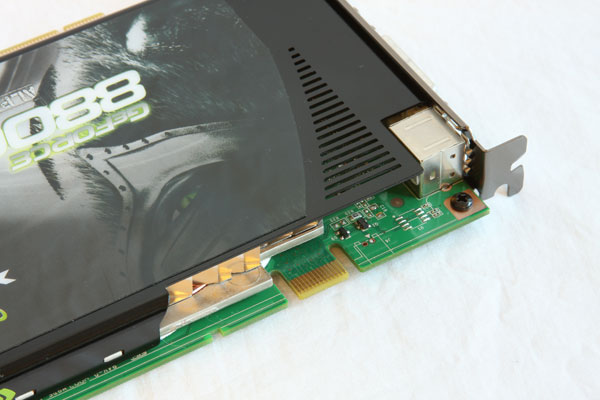 The SLI connections on the 8800 GT cards are singular — this means that any potential for 3-way SLI is dropped unless NVIDIA decides to change their implementation method. 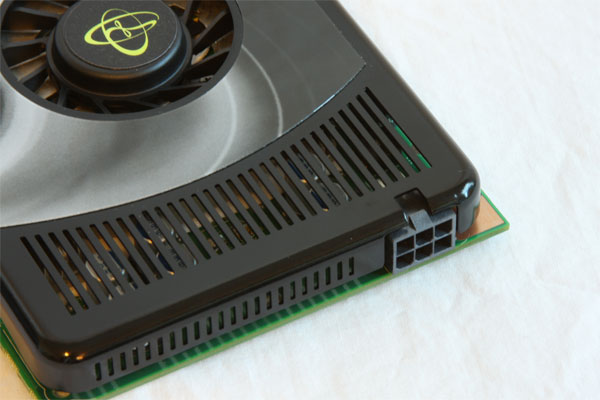 The power connector on the 8800 GT is located in the same spot as you’d expect long the back right corner of the PCB and is just barely exposed by the heatsink cover. 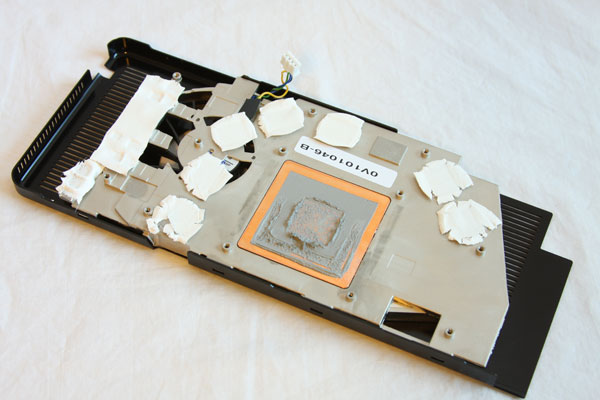 The heatsink used by NVIDIA’s reference design covers both the GPU as well as the memory modules as you can see by the seven (one remained on the memory chips) white heat transfer pads. 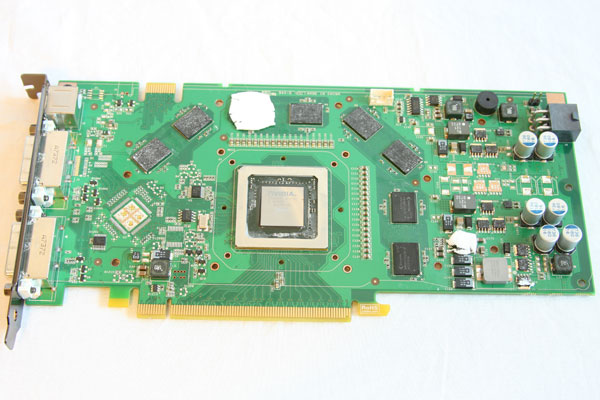 The naked reference card is shown above with the heatsink removed.  There is only missing piece on the PCB from previous 8800 GPU designs — notice the silver “blank” area below the left most memory chip.  This is where the IO chip that NVIDIA used on the G80 chips was removed. 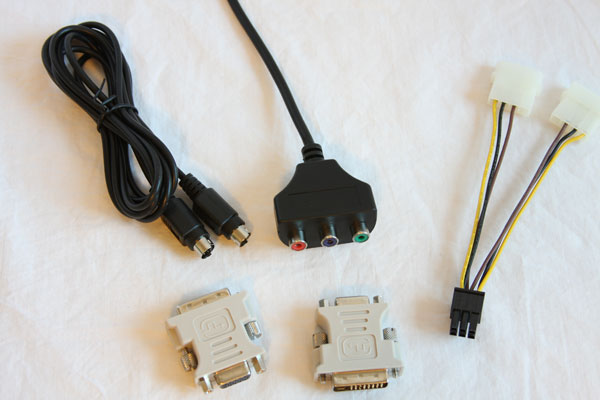 The XFX package includes two DVI-to-VGA adapters, a two Molex power adaptor, an S-Video cable and an HDTV dongle for component output to a TV. 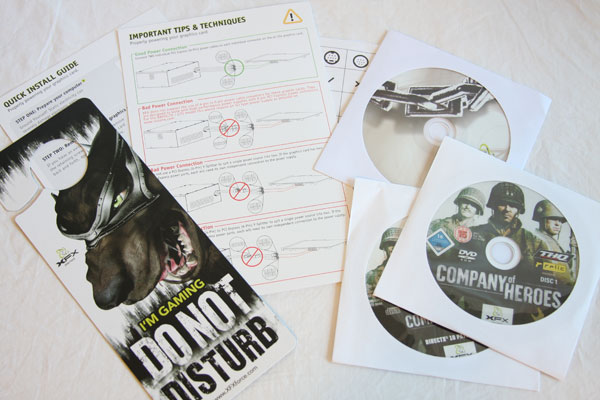 Also included in this version of the 8800 GT is a full copy of THQ’s Company of Heroes, along with the standard installation instructions and manual and a door hanger to let everyone know you’re … you know, gaming and stuff.