Definitely a company that is aiming at the enthusiast market, many of our readers are no doubt very familiar with Thermaltake’s product line.  They sent over one of their new Duorb coolers. 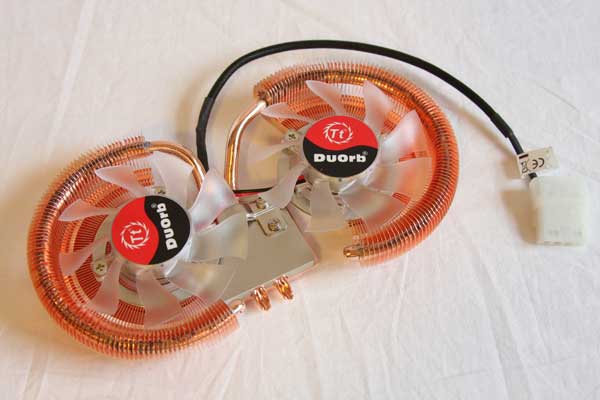 The basic design of the cooler consists of a copper base plate that makes contact with the GPU with a pair of heatpipes transferring the heat to an array of thin copper fins arranged into two circular patterns.  Inside each circle lies a separate fan blade and an LED light (not shown though).  The power connection is a single Molex plug that is a pass through so you won’t actually lose a 4-pin plug for it.

One thing I will say about the fans off the bat: I wish they had put some kind of guard around them.  They spin relatively fast and if you aren’t careful they can get your fingers pretty easily as they did to me.  After years of doing this I still get careless when reaching around components; oh well. 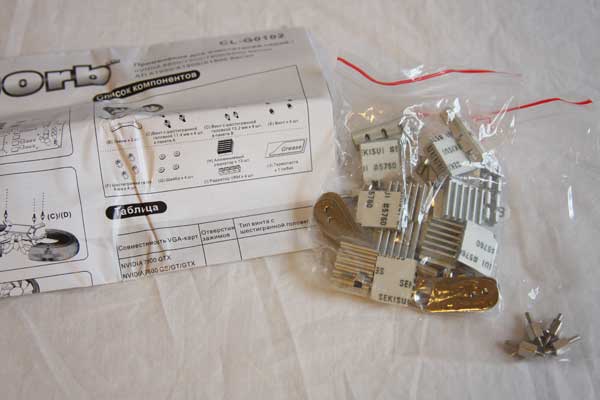 The box doesn’t have much in the way of accessories for the Duorb but you do get instructions that are pretty good and a bag of installation hardware. 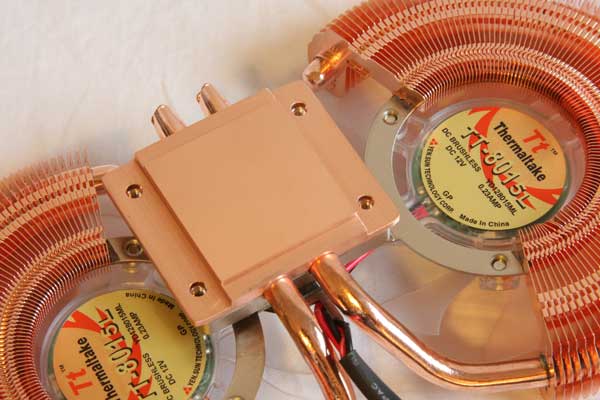 The bottom of the Duorb plate was relatively flat and clean and this is where the GPU makes contact with the cooler and where installation begins. 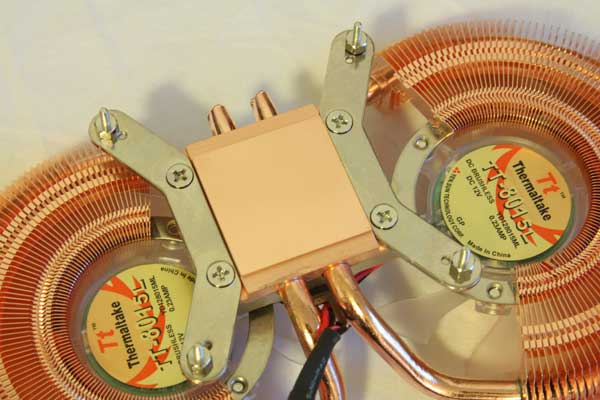 The two angle brackets are screwed into the holes on the side of the copper bottom facing outwards and four off-set screws are put into one of two optional locations on the arms of the brackets.  Which one you need to use depends which model card you are install the cooler on. 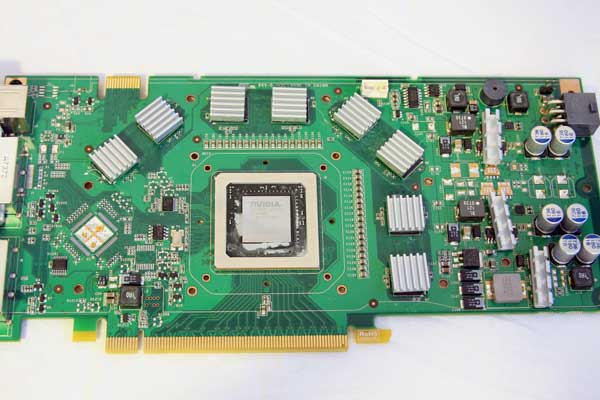 You can see that the Thermaltake Duorb doesn’t cooler the memory on the card at all; that is left to the magic of air and the small RAM-sinks that Thermaltake has included in the bag of hardware.  They use a simple sticky-tape thermal adhesion method so make sure they are on good and tight before putting the card back into your case. 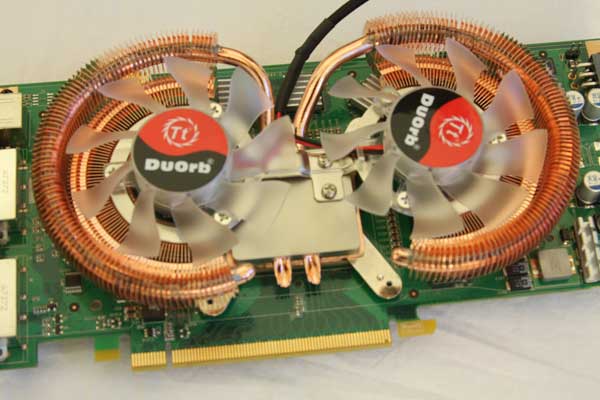 After that you simply need to apply a small layer of the included thermal paste and then place the cooler on the GPU and tighten some screws along the back of the card.  Voila!  You now have installed your aftermarket cooler and are ready for gaming!