The latest edition of SiSoft Sandra continues on the tradition of testing the purely synthetic power of the processors to see how much performance software developers might be able to pull out of them. 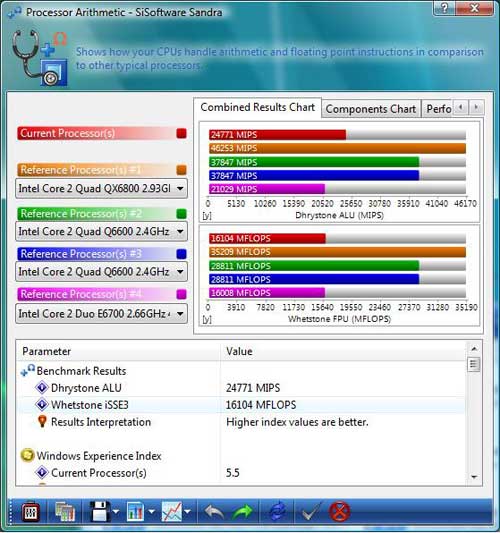 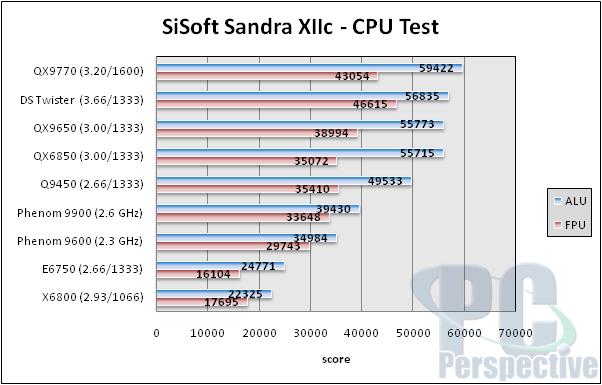 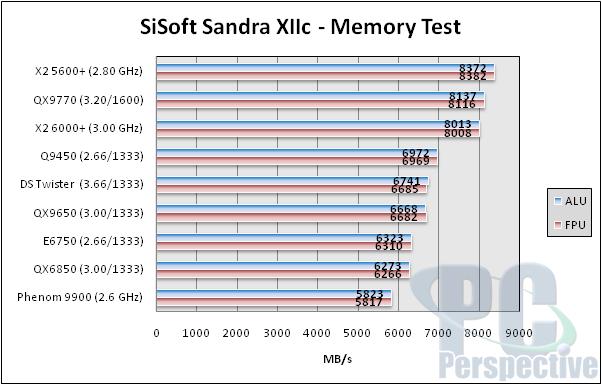 The Digital Storm system is bested in the CPU performance test only by the yet to be released QX9770 processor that runs on the upcoming 1600 MHz FSB; and it’s a split in that case.  The 3.66 GHz overclocked Core 2 Extreme that is in the DS Twister actually has the top floating point performance but is second in the integer performance.

In terms of memory performance, the Digital Storm system falls where I expected it to as the top non-1600 MHz FSB Intel configuration, or close to it. 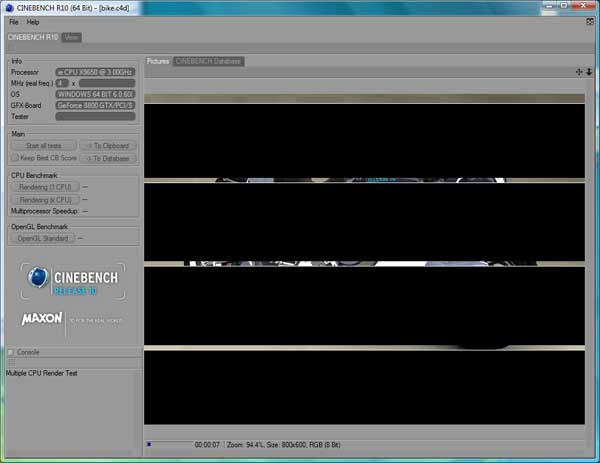 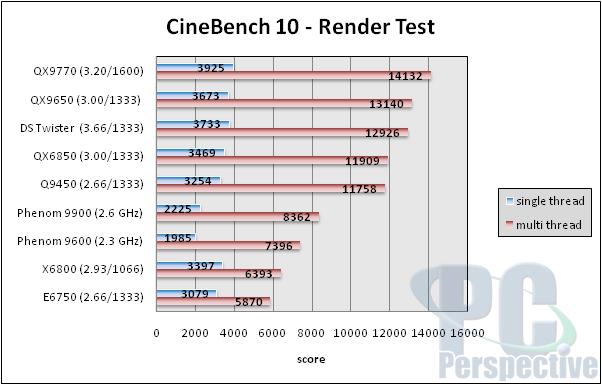 The results here in CineBench 10 might be confusing at first, but remember that the Digital Storm system is running a 32-bit version of Vista rather than the x64 version that the rest of our test beds are using quickly answers that. 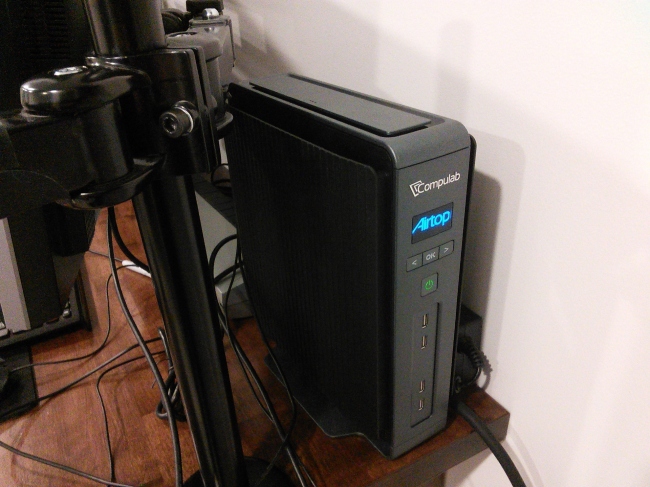 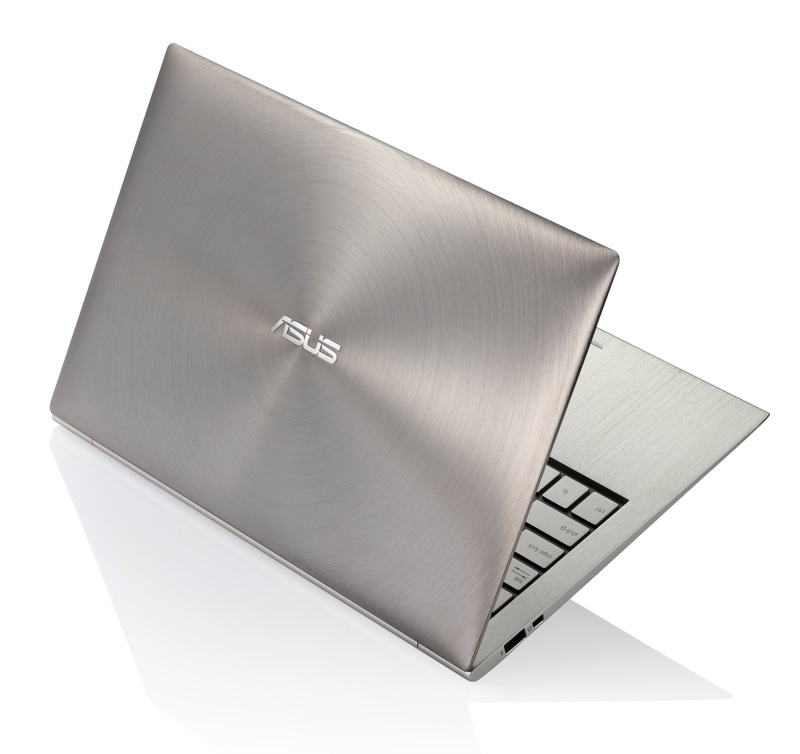