The first wave of 8800 GTS 512MB cards hit us like a storm — we got three in the span of three days.  We’ll be reviewing them all in the very near future on their own merits but since the first to hit the test bed was BFG’s it made sense to post it up here first. 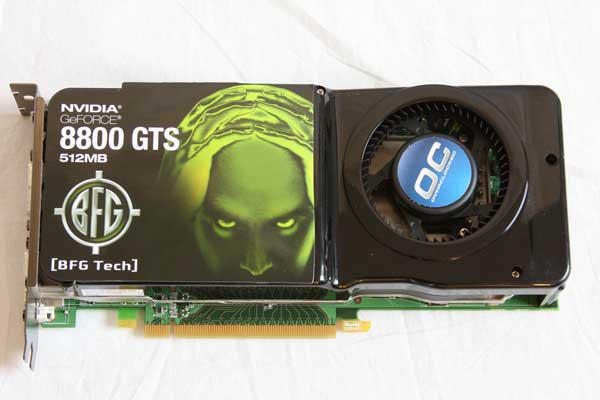 The first thing to notice about the new 8800 GTS 512MB card is the return to a two slot cooler design.  All of the rumor mill pictures turned out to be right and the fan located on the right side of the card has a slight angle on it towards the front of the PCB to improve airflow ever so slightly.  In my testing, the fans on these coolers were pretty damn quiet – much more so than the original heatsinks on the 8800 GT cards which were of a single slot design.  Some readers might prefer the single slot coolers but in this instance we’d rather side with the cooler option. 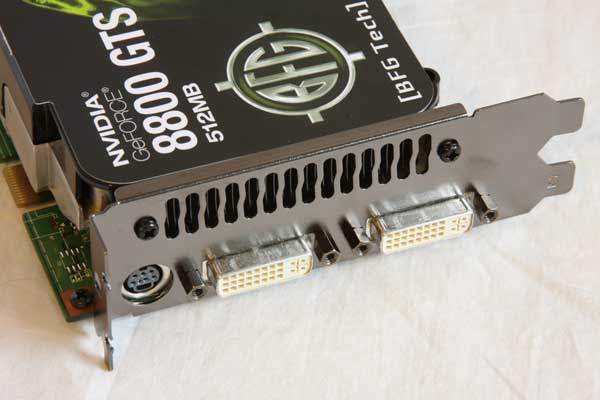 The two slot design continues to be refined though the venting area above the DVI connectors remains a staple.  The connections on the card include an HDTV output and a pair of dual-link DVI connections for monitor resolutions up to 2560×1600.

Probably the most puzzling of finds on the reference design cards is at the SLI bridge connection.  NVIDIA has made no secret about their upcoming 3-way SLI onslaught but this card will NOT support more than two cards in a multi-GPU system because there is only a single bridge connection.  It would appear that again the upper-mid-range cards are getting the shaft on that while the GTX and Ultra cards will remain the only menage-a-troi option. 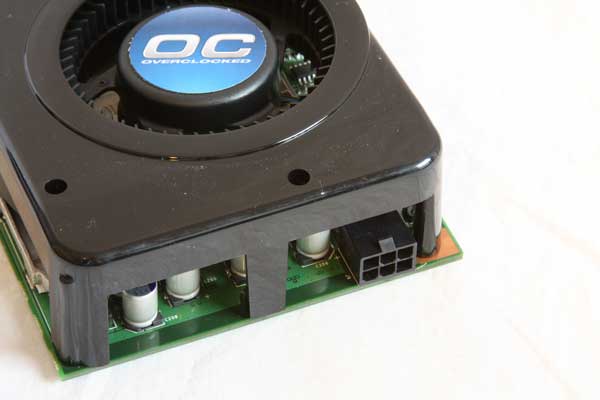 Good news for potential buyers – the new 8800 GTS still only requires a single PCIe power connection even though it has most of the performance features extending past those of the GTX and Ultra cards that require two power connections.  Ironically this is another reason I feel the 3-way SLI feature is being slighted by not appearing on the GT and GTS cards — lower power requirements.

And just to wrap things up on the retail board side of things, here is a shot of the clock speeds our BFG model was running at.  This first model from BFG basically runs at the reference clocks of 650 MHz core speed and 972 MHz memory speed.

Okay, enough with the techno-babble, how does this baby perform? 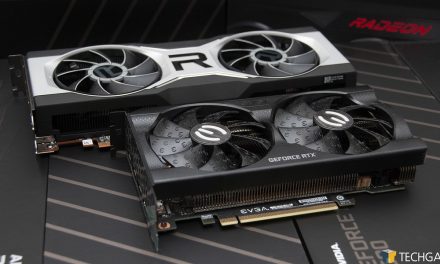