The point of 3-Way SLI is easily described: to play today latest PC games at the highest image qualities and resolutions anywhere.  NVIDIA likes to talk about how 3-Way SLI will finally enable gaming at “XHD” resolutions at 60 FPS and that it is the best way for “pro gamers” to play games, but in reality all that adds up to is the first point.  High resolutions and high image quality settings are what we are after.

While I already mentioned Quad SLI above, NVIDIA is definitely billing this as NOT just another version of Quad SLI.  They claim that the Quad SLI solution was difficult to code for and required some extreme R&D on their ends to get games to work but thanks to the way Vista has implemented both DX9 and DX10 that programming for 3-Way systems is a much easier task.  Obviously this means that it will be able to perform better on more titles with hopefully less effort from NVIDIA.  We shall see only in due time if this proves to be correct.

NVIDIA is very much treating the release of its new 3-Way SLI technology as its own platform, and as well it should.  System requirements and recommendations are going to be much different for a system built around three 8800 GTX or Ultra cards than just any old SLI system.  Let’s start with the power supply as it is usually an area of early contention.  According to NVIDIA’s own documentation, a 3-Way SLI system should have a power supply that can support 1100 watts of peak power.  While that is high, this should include a high end Intel processor, a couple of hard drives in RAID 0, a 680i or 780i motherboard and other odds and ends. 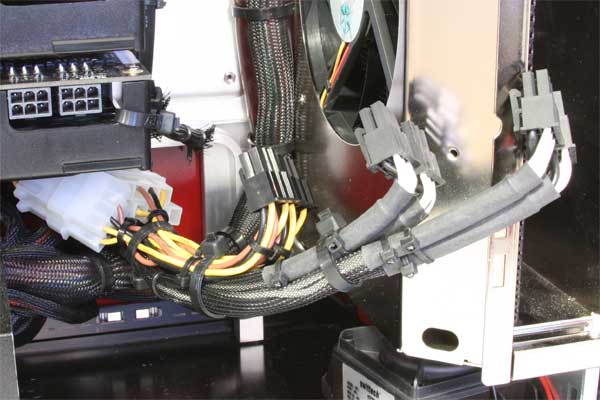 The unit will also require six PCIe power connectors, either in the form of four 6-pin and two 4-pin plugs or six 4-pin plugs.  Chances are you are going to have to use a couple of Molex to PCIe adaptors to meet that though, as we did for our system.

For your system’s motherboard you are going to be limited to picking either an nForce 680i SLI or 780i SLI motherboard of which there are none available today but will be soon.  Both essentially use PCIe 1.1 connections but both also have three physical x16 PCIe connections which are of course a requirement for three graphics cards.  Nope, you won’t be running 3-Way SLI on any Intel or AMD chipset motherboards – nothing has changed here.

When it comes to the case for your new 3-Way SLI system, though there are no particularly steep requirements, it obviously should have enough room for the cards and support adequate cooling.  Running three GTX or Ultra cards is going to generate a lot of heat so you’ll want good exhausts on such a chassis.

The SLI bridge connector for 3-Way SLI is very different as well and is much larger and ominous looking than what we have used before. 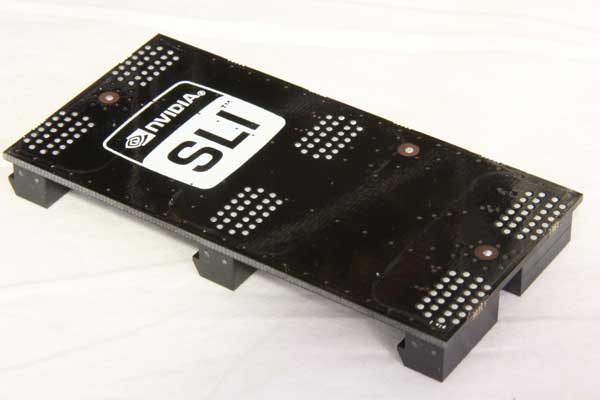 New nForce 780i motherboards will come with these connectors in the box but users that have 680i motherboards will be forced to buy them online.  No word on what that actual cost is but I hope nothing more than $10 shipped.  After all, you have to buy some expensive products first just to be able to use it. 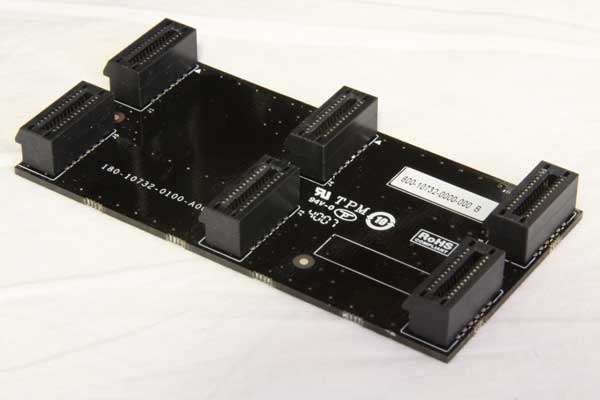 You can see that this bridge uses six connections to the graphics boards, two to each card.  You might then wonder what happens to all the NVIDIA GeForce cards that do NOT have two SLI bridge connections on them.  The answer: you don’t get 3-Way SLI.  This technology is being limited to users or buyers of 8800 GTX and 8800 Ultra graphics boards as they are the only ones that have to dual bridge connections on them.  This is more than somewhat disappointing to our readers I would guess simply because most of them don’t have one of those cards.  With the success of the 8800 GT and new GTS 512MB cards I would have thought NVIDIA would be support 3-Way and maybe even 4-Way SLI to help get users to buy a second and third $200-$350 graphics board, but that isn’t the case.

It is something we definitely do not agree with, but we can’t change it now so we’ll move on to what NVIDIA did provide.

Other final notes on the new 3-Way SLI technologies include a required new hotfix from Microsoft that we will link to shortly that helps with multi-GPU rendering under Windows Vista.  Also, did I mention that this is under Windows Vista only?  As far as I can tell this not going to be a feature that reverts back into the Windows XP space as the driver model on Vista is what enabled this improved efficiency in the first place.

Installing and starting 3-Way SLI is really easy: it’s just a regular driver install and then a selection box in the 3D settings to enable it.

For fans on the SLI on-screen indicator, you’ll be glad to know that a new one will show “SLI x 3” when you have 3-Way SLI properly enabled.  This is something AMD’s driver team should learn from.

Finally, one other interesting quirk is that there is no way to enable standard SLI when there are two graphics boards installed.  Call me old fashioned, but this is just stupid.  Say I often play a game that doesn’t take advantage of three GPUs or maybe I want to use two of them for SLI and leave the third middle card for a second monitor?  Not possible in the current version of the technology.  If you want to use just two-card SLI, you have to physically remove the middle graphics board.  Kind of a pain… 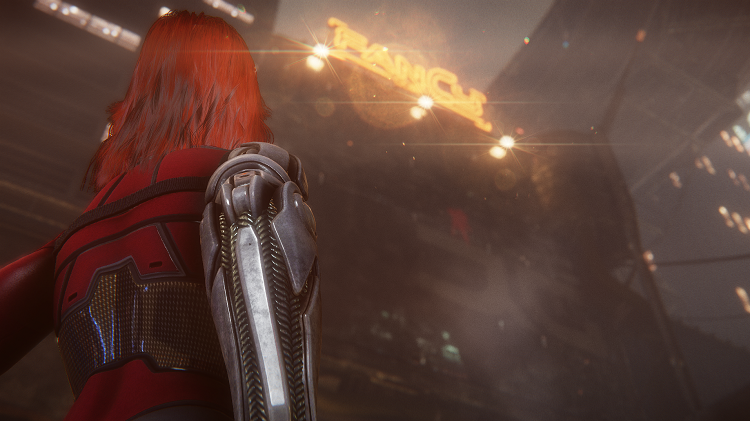