Some weeks back D-Link sent me their latest DIR-655 Gigabit/802.11n router for testing, and during Christmas I had the chance to actually start working with the wireless functionality.  The DIR-655 is a nice router by itself, but the main selling point is the 802.11n (Draft 2.0) performance.  This wireless standard offers a max of around 250 Mbit/sec, which is well beyond the standard 100 Mbit/sec wired specification which comprises the standard ethernet connection.  More often than not though, the average wireless throughput should be around 70 to 80 Mbit/sec.  Still, this is a large increase from the old 802.11 a/b/g standards, and does offer what is essentially wired performance over wireless.

To help test the DIR-655, D-Link sent the DWA-552 PCI wireless card.  This is the corresponding Draft n 2.0 card that should work with the DIR-655 to enable full 802.11n performance.  This is where the trouble started.  When I initially plugged the DWA-552 into an Intel/Vista 64 machine, the pre-SP1 install did not recognize the card.  That is typically not an issue, which is what driver disks are for.  The bundled CD that came with the card was no help though, as Vista 64 drivers were not included.

The DWA-552 is based on an Atheros 5000 series chip, so one would expect decent drivers since that chip would be used with a variety of products from other manufacturers.  Well, up until recently this was not the case.  When I downloaded the Vista 64 compliant drivers directly from D-Link (v7.3.1.42), they would completely lock up the system after a few seconds of network access.  I went through the D-Link tech support site, but there was nothing helpful located there.  I tried the Atheros site for some drivers, but it was remarkably unfriendly for the end user to try to find the latest drivers for their cards.  Using Google was not a huge amount of help either, as the issues that I have been seeing with this chipset and Vista 64 were few and far between.  I think the main reason for this is the lack of Vista 64 machines out there combined with Draft n devices.

I finally was able to stumble upon a post in a forum where the guy hosts many of the latest “direct from Atheros” drivers.  Last week I was able to download the v7.3.1.127 driver, and low and behold… everything worked in Vista 64 without a hitch.  I was able to connect to the DIR-655 at around 130 Mbit/sec, with throughput approaching the 80 Mbit/sec mark.  Large files, such as Vista SP1, were able to be streamed across wireless without issue.

Something to watch out for is that the v7.3.1.42 drivers are included in Vista SP1 (as well as the current release candidate).  So if a user is installing an Atheros based Draft n card into their fresh Vista SP1 machine, then do not use the included drivers… as they will likely cause many of the same issues I experienced (locking, signal loss, etc.).  The forum post with the latest drivers were recently updated with the new v7.4.2.15 software, but so far I have only tried the older .127 version.  Considering how well that older version ran, I would expect the new to be a bit better.

For a while it seemed that Draft n support with Vista 64 looked to be pretty futile, but the latest driver updates from Atheros certainly look to have fixed these issues.  D-Link also features a PCI-E version of this card called the DWA-556.  Hopefully D-Link’s support site will be updated shortly with the new Atheros driver revisions. 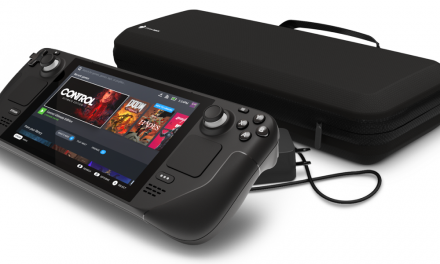