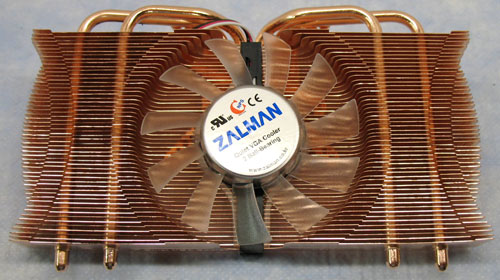 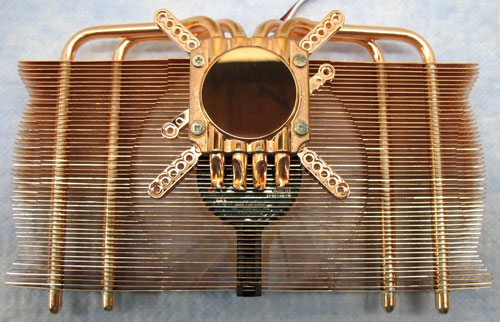 The four copper heat pipes transport heat out of the copper base, which sits directly on top of the GPU, into the copper fin array. 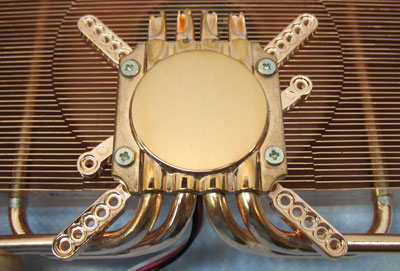 The copper base exhibits a mirror finish and appears to be flat.  The universal mounting system uses multiple hole patterns and supports most all of today’s modern graphic adapters.  However, when used on an NVIDIA 8800 series graphic card, Zalman claims the RHS88 heatsink is also necessary. 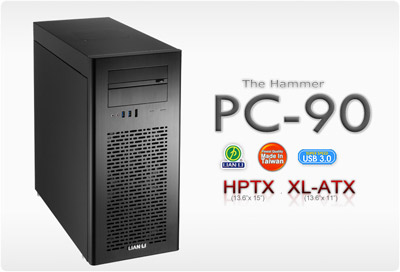 Just smack the drives in until they fit, the Hammer HPTX enclosure from Lian Li

Cooler Master’s new V-Series; good on the inside but perhaps lacking on externals