The Zalman RHS88 heatsink was specifically designed to provide additional cooling for the RAM, I/O and FET-VRM chips on NVIDIA 8800 graphic cards.  The die-cast aluminum heatsink comes in two pieces, which must be bolted together during assembly. 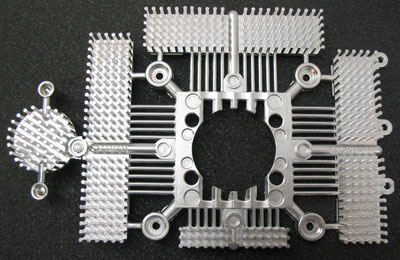 The RHS88 main body is designed to cool the 8800 RAM chips and the PCI-E I/O chip.  The three mounting holes on the right allow attaching one of the two VRM heatsinks. 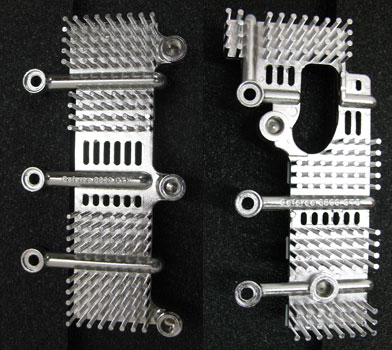 Two different VRM heatsinks come with the RHS88.  One supports 8800 Ultra/GTX video cards while the other is used on the 8800 GTS card. 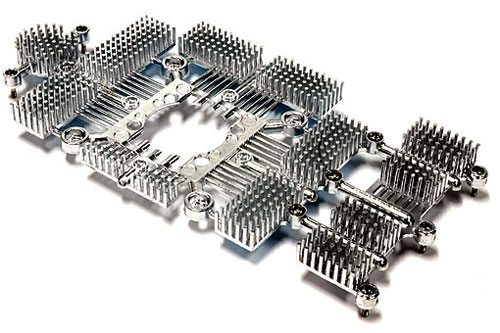 All of the RHS88 heatsinks come with thermal tape pre-installed on the backside.  This ensures good thermal contact with all of the support chips.  The RHS88 mounts to the graphic card using five studs and spring loaded thumbscrews.  Once the RHS88 is installed, the primary VF1000 LED cooler can be set into position and installed, which secures the center section of the RHS88 heatsink.

Note:  The RHS88 must be used with the Zalman VF1000 LED cooler on NVIDIA 8800 series graphic cards.

Have box, will travel

Danger Den has your GPU’s best interests at heart