For our review, Asus sent over their EAH3870 X2 1GB graphics card that is essentially the same as the reference model that AMD sent out across the world.  The only difference: retail packaging and a semi-naked woman gracing our fan shroud. 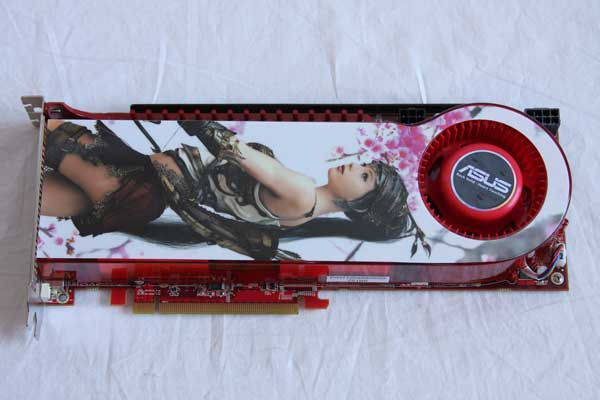 
Scantily clad women aside (if you can), the Asus Radeon HD 3870 X2 graphics card is big and heavy.  The cooler is a completely new design from AMD and is actually much quieter than I originally expected.  In my experiences it is actually quieter than a single HD 3870 card and definitely less intrusive than a pair of them.  The fan is also more efficient in the way you pulls are in as far away as possible and directs it across the entire heatsink array before being expelled out the back of your case. 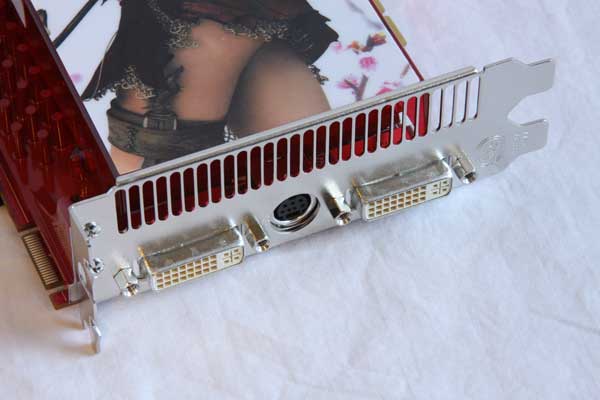 For connectivity, nothing has changed: the Radeon HD 3870 X2 here still sports a pair of dual-link DVI outputs and a single HDTV output that is supported via an included dongle.  Also, as with the entire HD 3000 series of GPUs from AMD, the DVI ports support HDMI output with audio included, via the DVI-to-HDMI adapter that retail cards include. 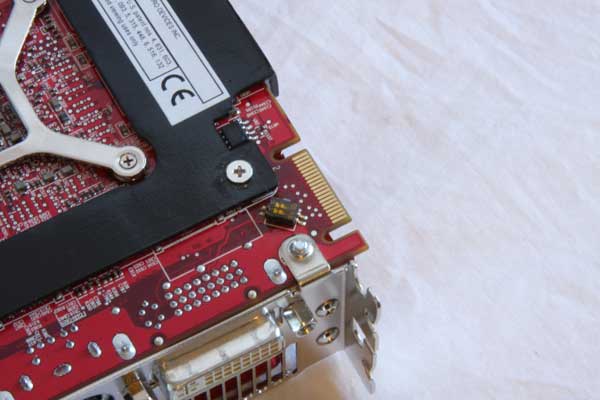 The card only has a single CrossFire connection on it as it can only be paired with one other graphics card – though the HD 3850 and 3870 can be combined with as many as three more. 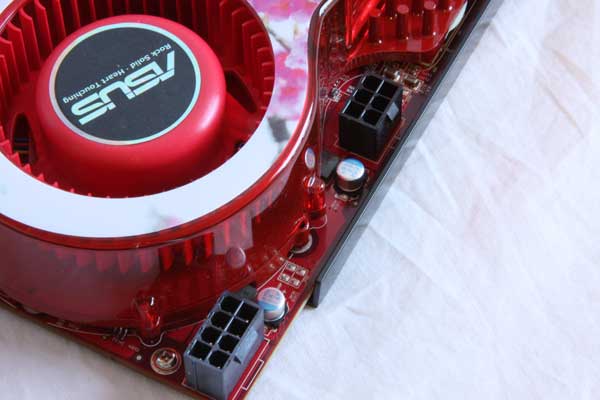 To power the HD 3870 X2 you’ll need at least a pair of 6-pin PCIe power connections from your power supply.  Originally, we thought that the card could get away with a single power connection, but that turned out to not be the case.  However, you do NOT require the use of an 8-pin PCIe power connection even though there is a connection on the board for it.  If you want to overclock the card, you’ll need to use both an 8-pin and 6-pin connector but for normal use, two 6-pins are just fine.  Since the 8800 GTX and Ultra cards use the same amount of plugs as this, it shouldn’t be a knock on AMD’s design. 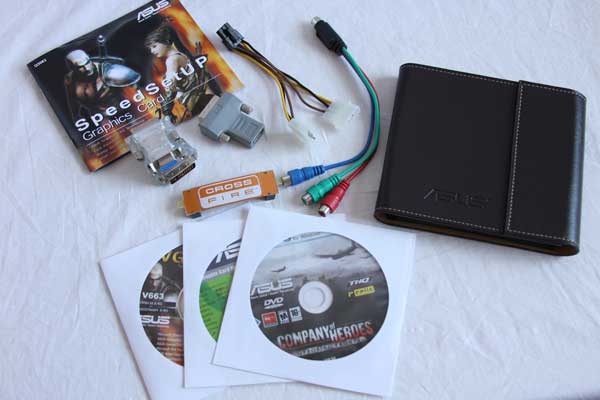 Since this is a retail sample, Asus has included some extras for us including a pair of DVI-to-VGA adapters, that all important DVI-to-HDMI adapter, a power adapter, the component HDTV output dongle, directions, drivers and a copy of Company of Heroes: Opposing Fronts. 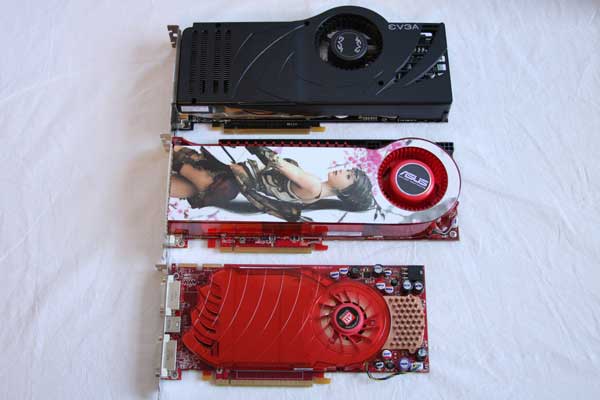 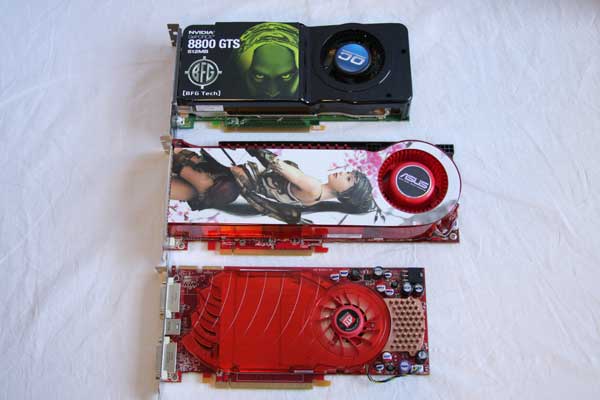