If you thought VIA was dead in the water, you were wrong. As it turns out they have a new CPU in the works that looks rather impressive. No, it’s not going to game better than your Core 2 processor, but it might do it more efficiently.

The news about VIA as of late has been somewhat depressing.  The chipset business was moved under the CPU business, and many thought that it was the end of VIA chipsets serving other processor architectures.  While it may be true that VIA will stop developing chipsets for competitors processors, the news we have today certainly changes many of the aspects of VIA’s CPU and core logic markets. 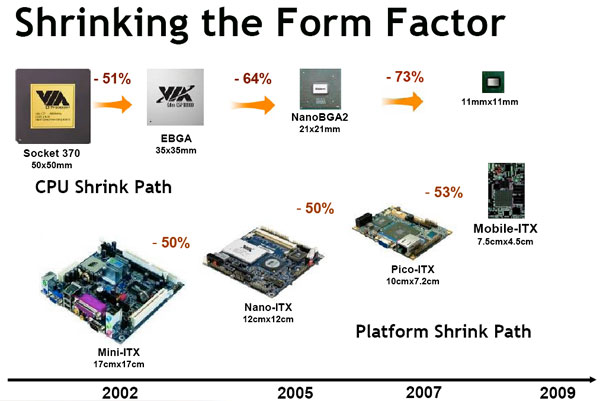 VIA strength has been in size


Some years back VIA acquired Cyrix and Centaur, both of which produced processors for the Socket 7 infrastructure.  Since that time those teams have designed the Eden and C-Series of processors for VIA.  VIA took the road less traveled by designing for lower power consumption rather than top performance.

While VIA has not taken the world by storm with their processor offerings, they have carved a niche out for themselves in the ultra-small form factor and low power markets.  Throughout the years they have improved their designs with both power and performance improvements.  The current C7 processor is a sub 20 watt product that clocks upwards of 2 GHz.  It has found many a home in specialty products, as well as energy efficient desktops and ultra mobile portables.

Now we are about to see the fruits of the labor of the 100 or so Centaur engineers that have been working on the new architecture in Isaiah for the past four years.  These very same engineers have not only created this new product, but continued to work on previous revisions of the VIA family of processors.  How they found the time to do it all, I am not entirely sure.  Considering that the design teams at Intel and AMD far dwarf these guys, what they have put out should turn some heads.

VIA has done a good job cutting a niche out for themselves in the low power/low heat market, and while their products do not lead the world in performance, they certainly are still some of the most power efficient for many applications.  When then engineers at Centaur were directed to create a new architecture, power consumption was always the first goal.  Performance does take a back seat, but not nearly as much as one would think.  VIA knew that if they were to compete against Intel and AMD, as they are migrating to a new process node, they had to improve their performance to keep their products competitive. 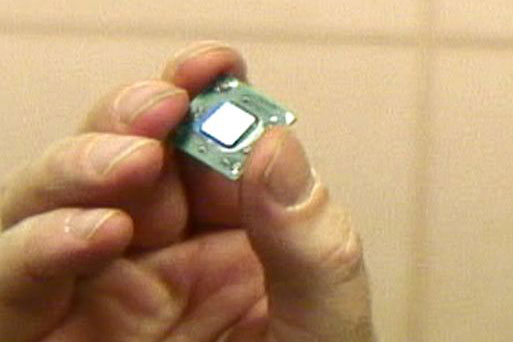 
The second goal of the new architecture was to include many new technologies that are starting to be utilized more and more.  The first goal was native 64 bit compatibility based on AMD64.  The next was to include virtualization support, which might not be very important at this time, but the team sees the potential in the near future.  Another goal was to improve floating point and multi-media extensions (SSE3), and make that performance competitive with the other products in the marketplace.

The overriding push for this product was to make a truly next generation CPU which will not only compete with the big guns in power/performance ratios, but exceed them.  While I do not have an Isaiah CPU in front of me for testing, we must consider that VIA has rarely reached out to the tech reporting community in recent years regarding newly released products.  For them to roll out the red carpet as they have, we should probably consider that they have good reason to do so and that they mean business.

A Next Generation Design

The C7 was not a performance part due to many of the trade offs to achieve good power consumption.  The C7 was an in-order scalar design with a small amount of L2 cache.  It had limited floating point and multimedia capabilities, but its overall performance was good enough to achieve quite a few design wins for products which demanded excellent power characteristics.

Now that we are entering the age of HD audio and video, the computing demands placed on current processors have increased dramatically.  Once fast CPUs were the domain of the hard core gamer, but with the rich multi-media demands placed on many new computers, even these fast processors are struggling with some applications. 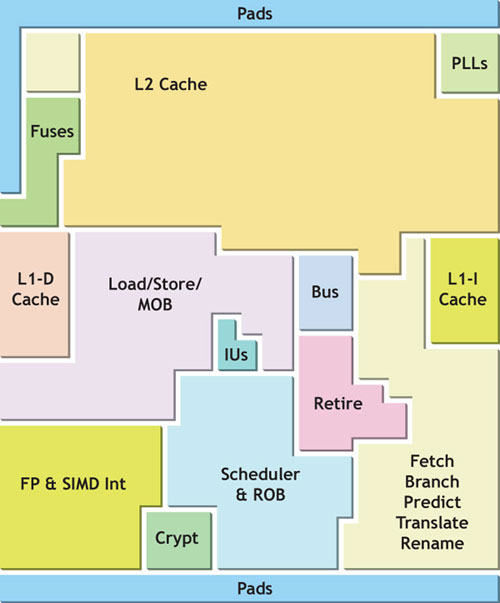 
To meet these performance needs, VIA is introducing their Isaiah family of processors.  This is a totally new architecture from the ground up, and not based on any previous work from VIA/Centaur.  The changes from the C7 to this product are dramatic, and the engineering effort to achieve these results looks to be spectacular.