aka February 4-9, 2008 … aka when Skulltrail arrives.  To recap, we’ve heard that only 2000 motherboards will be made in total, so it’s going to be as hard to get as it’s a very limited run.  The 10-layer PCB motherboard will cost ~$600, it uses FB-DIMMS (which are on their way out) and I don’t think Intel will be using the cheap Crucial kit on NewEgg.  It may even be using DDR3 modules, as one of the ideas behind FB-DIMMs was that the same memory controller could handle DDR2 or DRR3.  A pair of Harpertown processors don’t come cheap, and that’s assuming there isn’t a special Skulltrail Xeon; remember you need to buy at least some of the components straight from Intel, no comparison shopping!  Then there are the 4 PCI Express 16x slots, so you’d better hope you can find a family pack of 8800 Ultras on sale.  At least you can pick your own monitor, although there really is only one choice to add to this system.

Mind you, after you’ve sold off the car (or a kid) and mortgaged the house again, you’ll be one of the first to see more than 3 or 4fps with Crysis cranked up to maximum settings.

“Back in October, we gave you details on the new Intel Skulltrail or V8 system. With two CPU sockets supporting up to 8 processing cores, the Intel Skulltrail will be based on Socket 771 Xeon processors.

The Skulltrail will use the upcoming Intel D5400XS motherboard. Built around two NVIDIA nForce 100 MCPs, this new Intel motherboard will support up to four PCI Express graphics cards.” 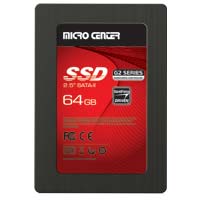