Despite the apparent lack of new features on the nForce 780i SLI chipset, the NVIDIA designer motherboard definitely has some new items to grab our attention. 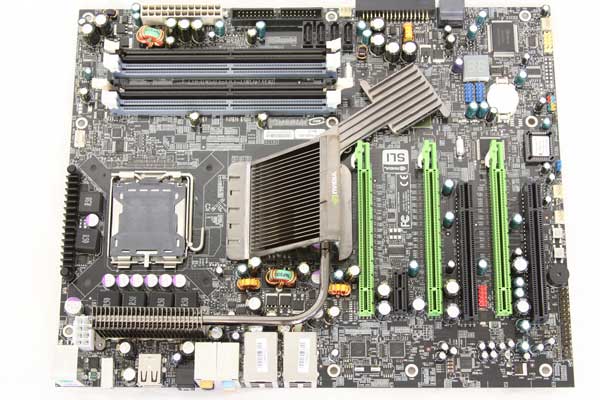 
The first thing we notice of course is the new heatsink configuration on the chipset and we’ll cover that in more detail below.  Also, there are three PCIe x16 slots on the board, two PCIe 2.0 and one PCIe 1.0, all colored in NVIDIA green.  Very trendy. 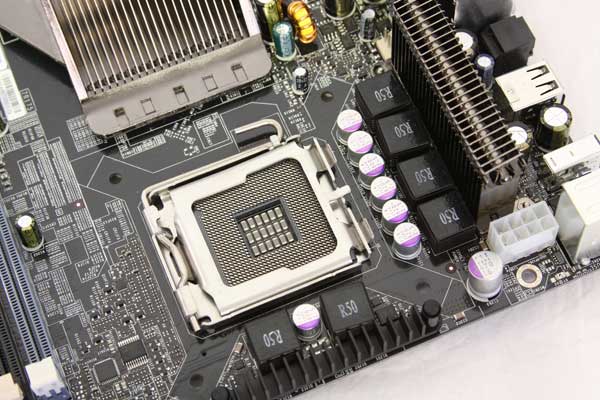 The area around the CPU socket is very clean but somewhat cramped by the north bridge heatsink creeping into the shot from above.  The 8-pin power connection on the right here is a little difficult to access for fat fingers.  The CPU area still did not impede the installation of our standard air and water cooling configurations. 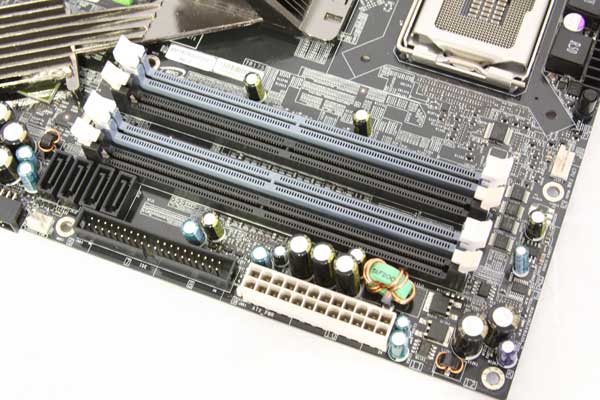 The DIMM slot colors are somewhat muted, but you can tell them apart and that’s what matters.  Again you can see the chipset heatsink creeping into the photo; it seems to try and hog all the glory.  These are DDR2 memory slots just to reiterate the fact that NVIDIA still does not have a DDR3 memory controller for any of its Intel chipsets. 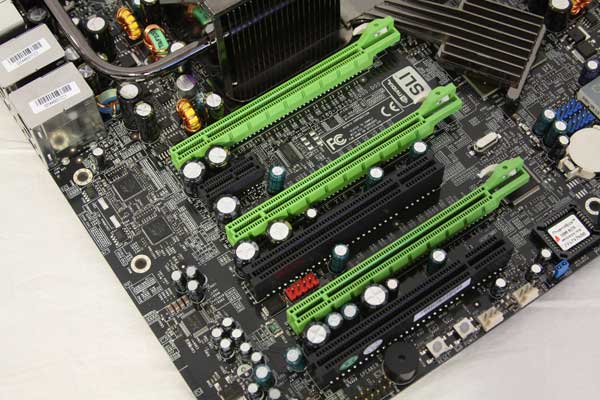 The expansion configuration is dominated by the three green-colored PCIe x16 slots.  The first and third are attached to the nForce 200 chip and are thus PCIe 2.0 slots while the middle (bitch seat) slot comes from the south bridge and is relegated to PCIe 1.0 speeds.  There are two legacy PCI slots and only a single PCIe x1 slot for other expansion cards – using dual-slot coolers makes for very little room as is usually the case in today’s enthusiast market. 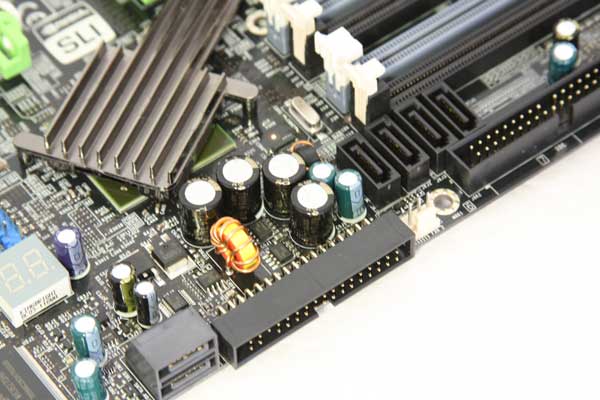 For data connectivity, the XFX 780i SLI motherboard has six SATA connections, two angled away from the PCB and four closer to the DIMM slots pointing straight up.  These choices allow for access to all the SATA connections even when long GPUs are installed in your system – a problem we saw with some initial 680i SLI boards. 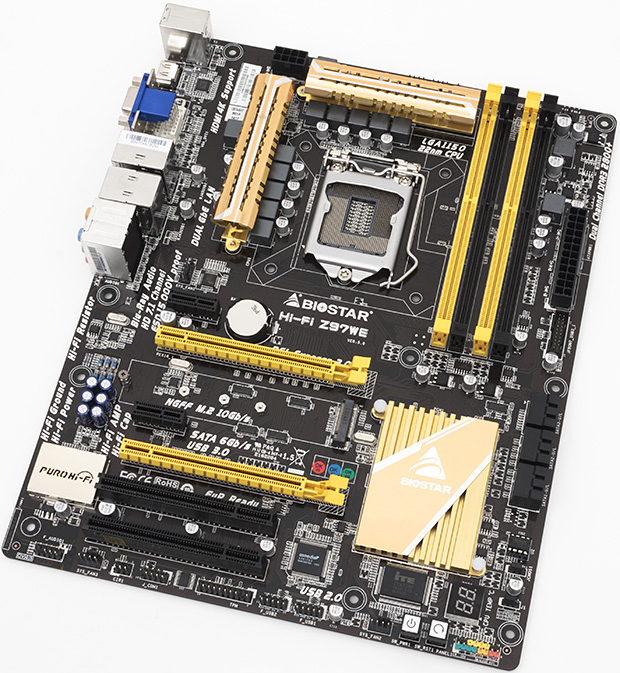