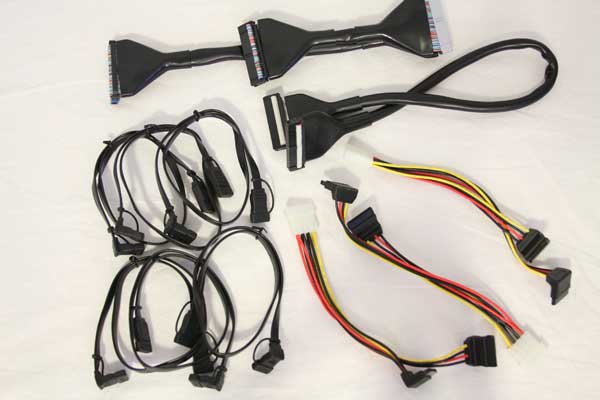 As with most NVIDIA motherboards, the included extras cover just about all the bases.  There are six SATA power and data cables, a floppy cable and an IDE cable included. 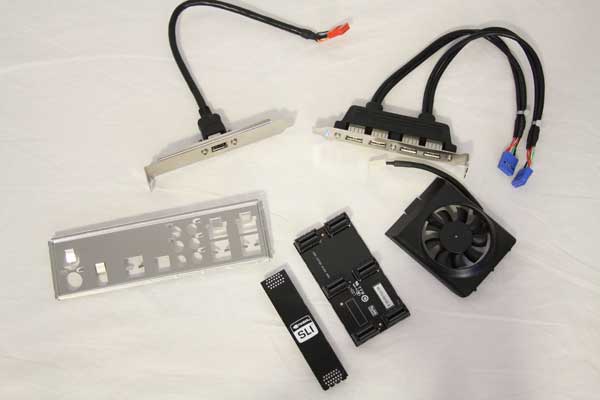 Also in the box is a dongle for additional Firewire and USB connections as well as the chipset fan, two-way and three-way SLI connection bridges and of course the chassis back plane panel. 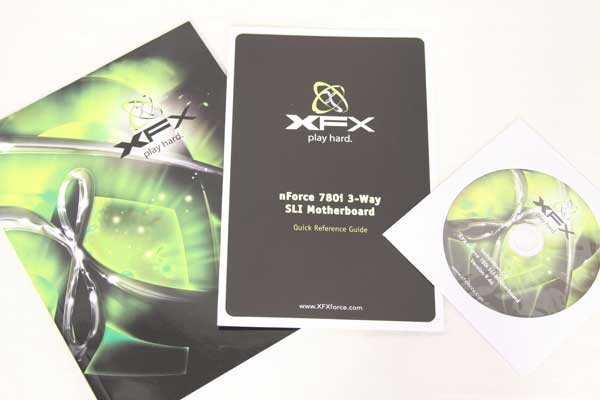 Rounding out XFX’s 780i SLI motherboard offering is a pretty detailed install manual, in proper English, along with drivers on a disc that should be tossed in favor of newer ones from NVIDIA.com.

What the nForce 500 can do for you