If there has been one thing that NVIDIA has done right since their move to design their motherboards, it has been in the BIOS.  Long a sore spot among enthusiasts with confusing descriptions and a lack of organization, NVIDIA has put a positive spin on the 780i SLI motherboard BIOS. 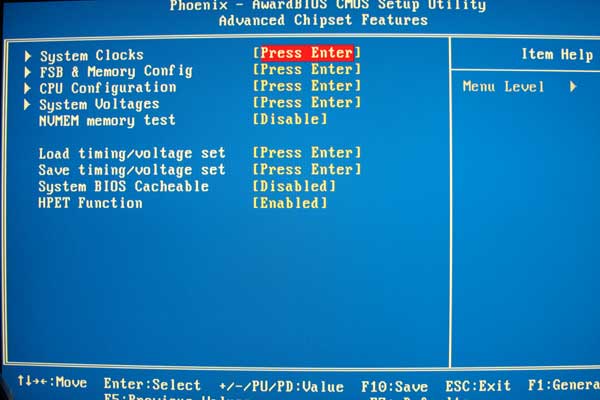 This is the place where are the overclocking and tweaking magic takes place: the ADVANCED CHIPSET FEATURES!!! 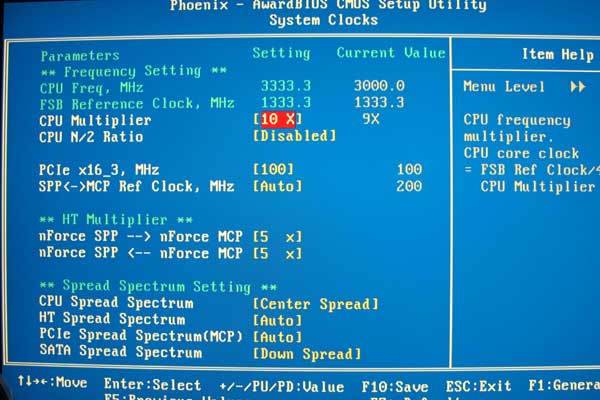 Now that I am done being dramatic, let’s see what we actually get.  Looking at our System Clocks menu we find the place to adjust our CPU multiplier, PCIe clocks and more. 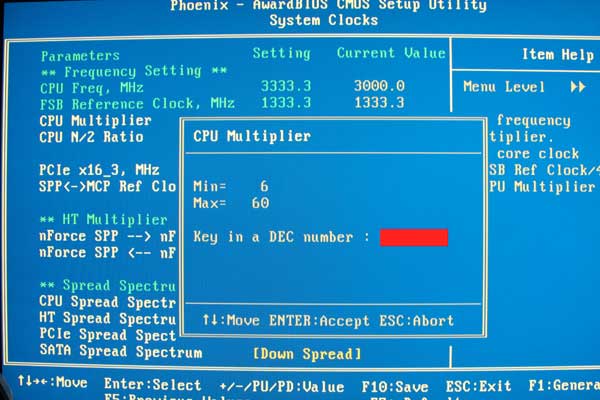 CPU multipliers are available from 6x up to 60x (good luck with that). 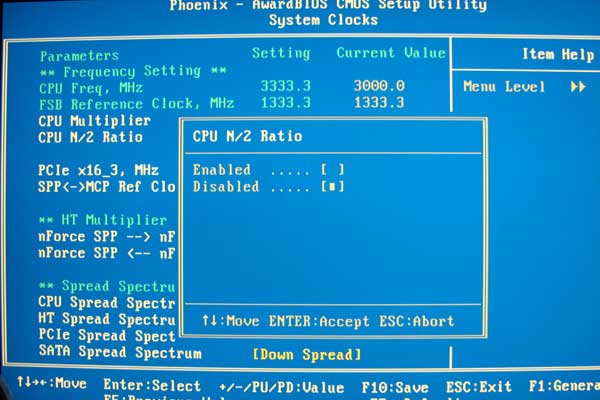 The CPU N/2 ratio is unique in that it allows you to add 0.5 to multiplier.  Just set your multiplier to 9x for example, enable the CPU N/2 feature and your ratio is effectively set at 9.5x. 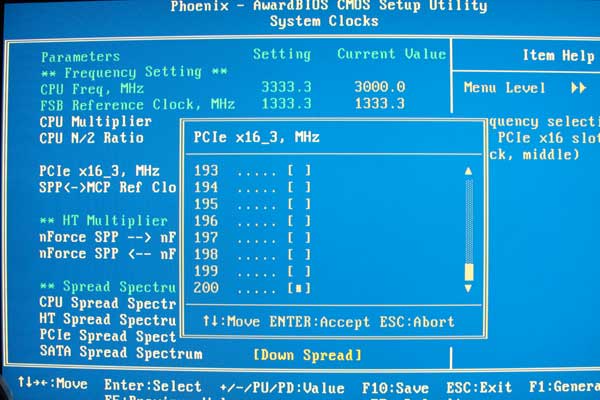 At this point, we can only adjust the PCIe clock of the 3rd slot, the only PCIe 1.0 connection.  The PCIe 2.0 connections are mysteriously missing… 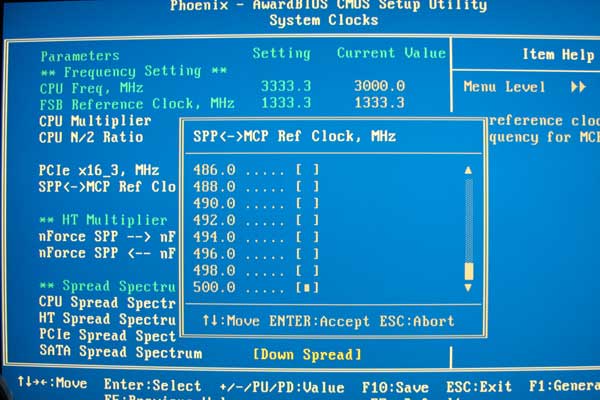 Adjustments of the HT clock between the north and south bridge can be adjusted up to 500 MHz over the default 200 MHz. 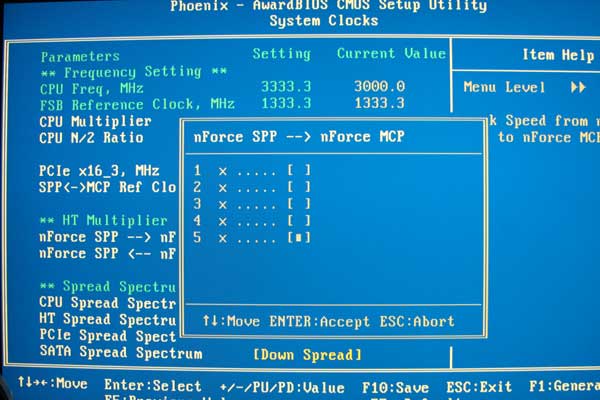 Add in the multiplier control here for the NB-SB HT bus and you have full control over it. 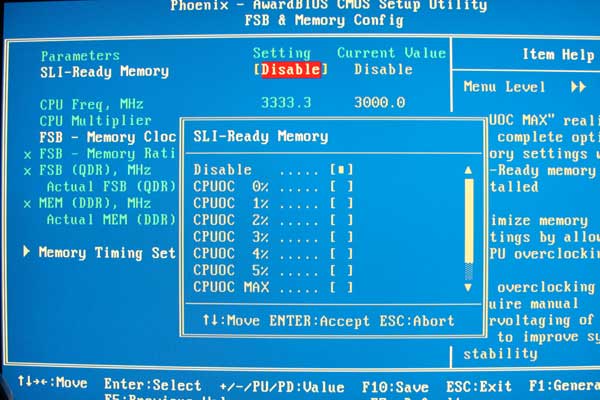 Moving on to the FSB & Memory configuration page in the BIOS we see all the settings for memory and FSB speeds.  First up is the option to turn on SLI-ready memory.  You can select anything from Disable to Expert, with the later allowing custom control over both the FSB and memory frequencies.  The CPUOC options give the system BIOS permission to overclock your processor by listed percentage while pushing the memory clocks as high as possible. 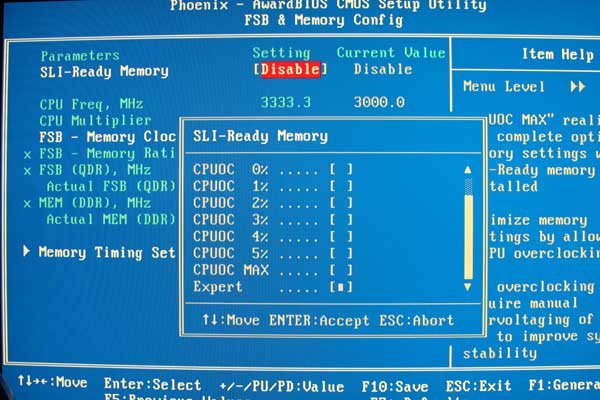 Setting this to Expert gives us the most room to play. 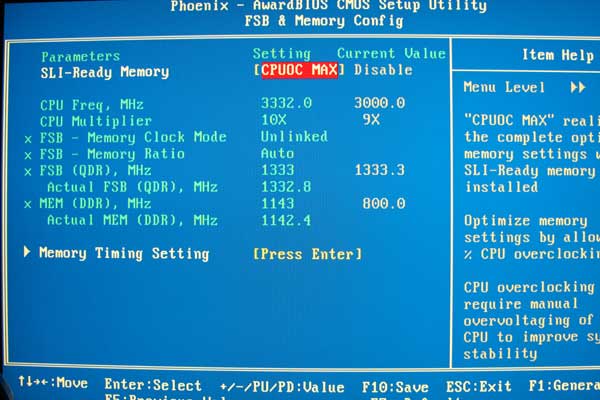 Setting the CPUOC level to Max shows the following results with our QX9650 processor: standard 1333 MHz FSB with a 10x multiplier for a slightly overclocked 3.33 GHz CPU.  The memory would be running at 1143 MHz – an odd speed but a step up over the 800 MHz default. 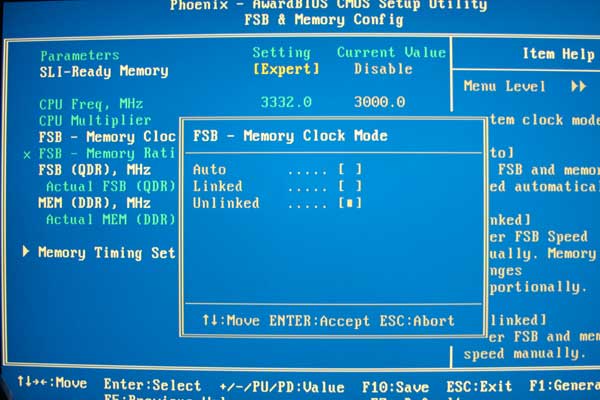 As with the 680i SLI chipset, the new 780i allows for an unlinked setting that allows asynchronous control of the FSB and memory frequencies – one of the traits that have made NVIDIA a favorite with overclockers. 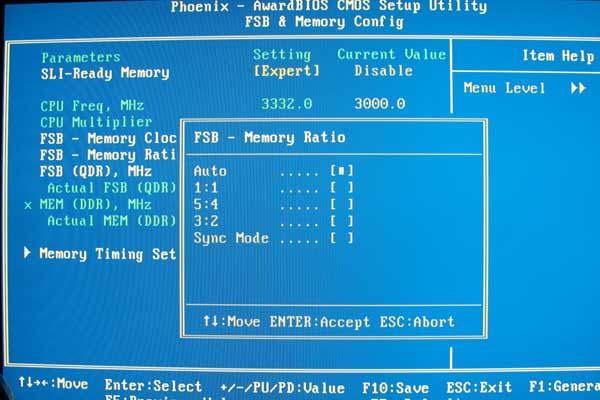 If you got with a linked setting, you have to pick a memory ratio – basically how the memory speed and CPU front-side bus speeds are related and calculated off the FSB setting. 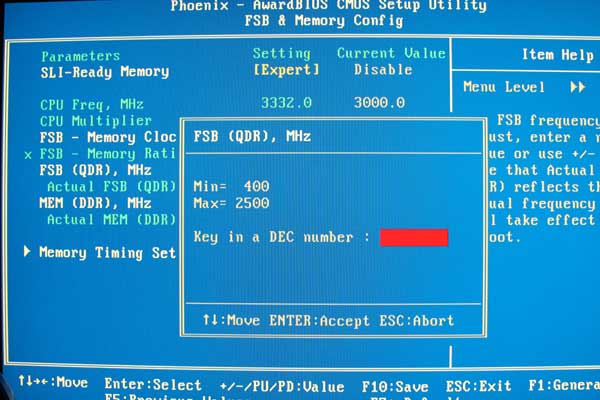 In unlinked mode, you can set the FSB anywhere from 400 MHz up to 2500 MHz – our overclocking testing is getting closer to this 2500 MHz limit than you might think… 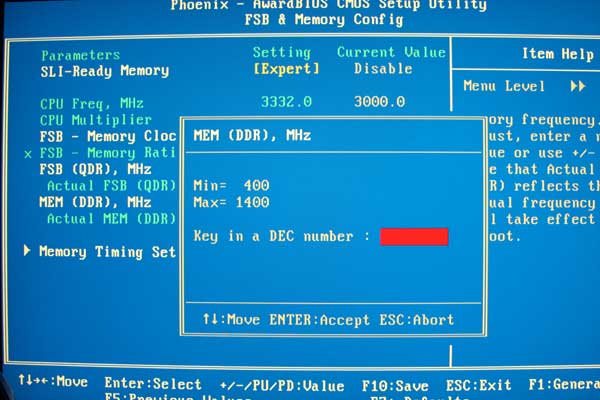 Manually setting the memory frequency we can push it all the way up to 1400 MHz – faster than anything we have seen DDR2 memory get to thus far. 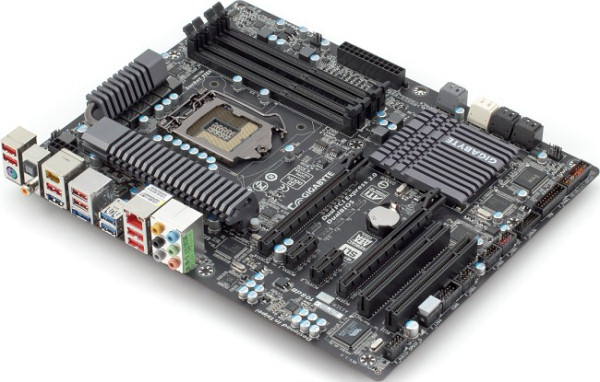 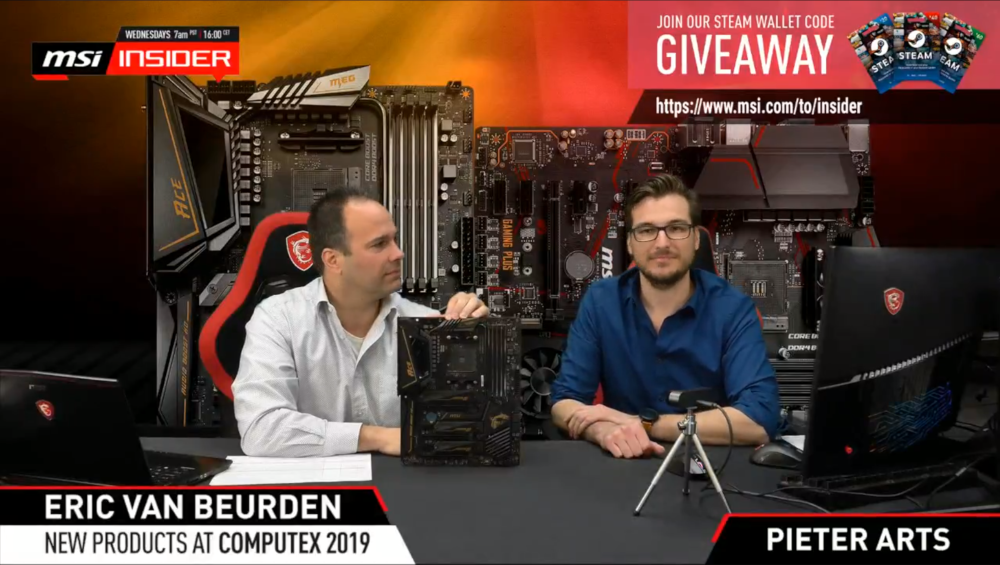