Performance testing with a notebook is always a challenge; benchmarks don’t always run as they normally do on desktop platforms due to a lack of Q&A testing, but we were able to squeeze quite a bit out of this Alienware m9750.

Let’s first take a look at overall system performance using the classic PCMark05 benchmark.  Since the new PCMark Vantage only runs on Vista, this was our best choice for quick and repeatable testing. 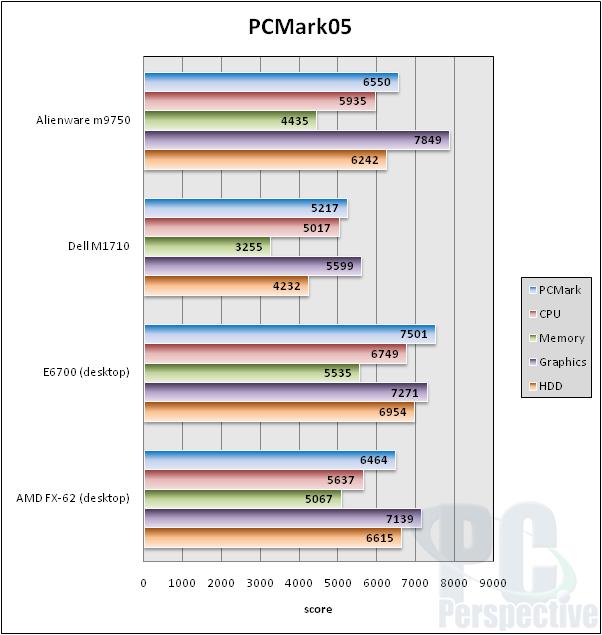 For this test we compared the Alienware m9750 notebook to the previous Dell M1710 notebook that was our top performing mobile machine prior to this review.  For a look at how it compares to desktops, I threw in results from systems built around the Intel Core 2 Duo E6750 and the AMD Athlon FX-62 processors.

Comparing mobile to mobile, the Alienware system has a big advantage in overall performance in every respect: overall performance, processor, memory, graphics, and hard drive.  It doesn’t come as a surprise though since the m9750 is running a Core 2 Duo processor at higher clock speeds than the Dell M1710 and that it has a better GPU (two of them no less) and a RAID 0 array of hard disks.

The m9750 doesn’t beat out the desktop systems in overall performance, but it does in terms of raw graphics power.  These desktop systems were using single GPU configurations, of course.  The hard disk performance is also surprisingly close considering we are very used to see the drives on notebooks lag well behind the desktop competition. 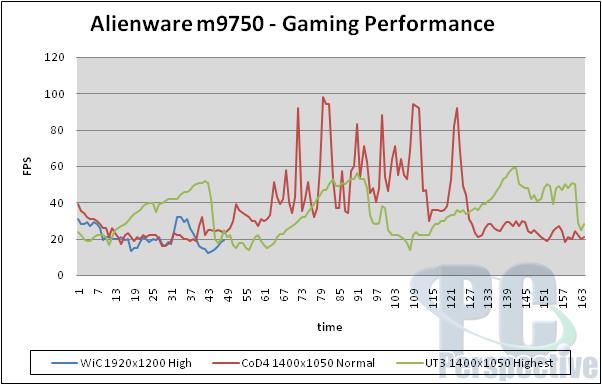 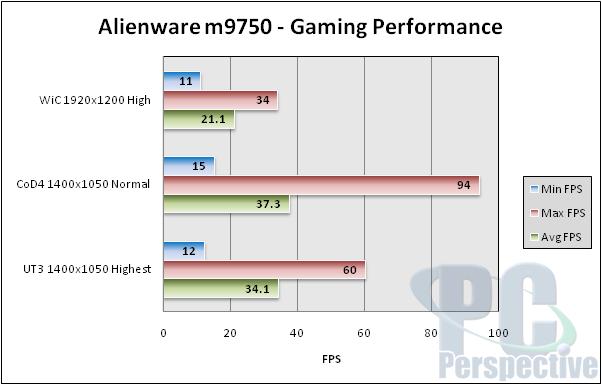 Our gaming tests don’t compare the performance of the Alienware m9750 to any other setups since our testing methods have changed so dramatically since our last high-end notebook.  I decide to take a few modern gaming titles, World in Conflict, Call of Duty 4 and Unreal Tournament 3, and see how well I could play them.  As a real world gaming experience test, I wanted to get as close as possible to the native resolution of the screen, 1920×1200, for the best possible image quality.  I was able to run at that resolution in World in Conflict though for Call of Duty 4 and UT3 I had to scale down slightly to 1400×1050.

World in Conflict is pretty CPU heavy title, though the GPU can still make a difference in overall game play quality.  Playing at 21 FPS with a minimum of 11 FPS is a pretty good experience in this game as it is a real-time strategy title rather than a fast-paced shooter.

Running Call of Duty 4 at Medium settings, at 1400×1050, the Alienware m9750 is able to chug out over an average FPS over 37 while maintaining a decent minimum too.  Our UT3 testing is pretty similar with the system pulling in about 34 frames per second at 1400×1050 though here we were able to push it to the maximum settings in the control panel.

This quick summation of the performance on the Alienware m9750 is enough to impress: for a mobile machine the notebook is able perform quite well in both application tests and real-world gaming experiences.  While most current Core 2 desktops would be able to best it, the mobility factor is a big draw for many users and I have no reservations calling the Alienware m9750 one of the fastest notebooks on the market today. 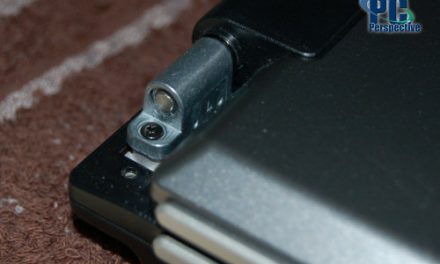 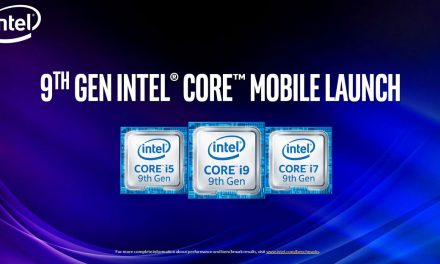