By now you have surely seen the NVIDIA 9600 GT release today – our review of it is easy to find on the site: right here.  But not to be outdone, Asus has also sent in a new 9600 GT part for us to play with: the Asus EN9600GT. 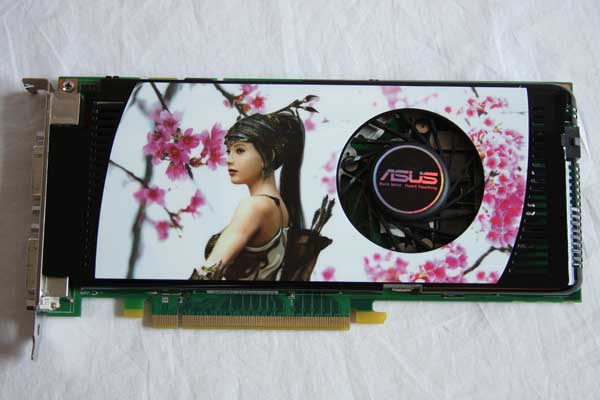 You might recognize this lovely lady from our recent Asus AMD Radeon HD 3870 X2 graphics board — though this time you don’t get to see quite as much of her.  The card is still a single slot cooler and is basically the reference NVIDIA design that all first-run 9600 GT cards will use. 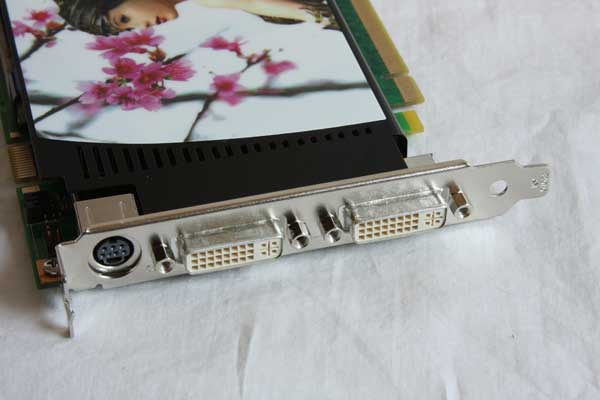 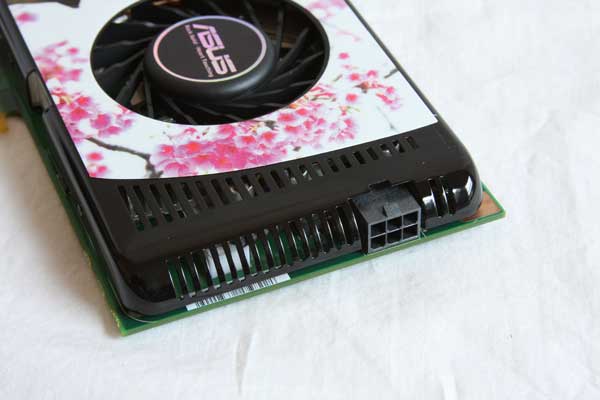 And, just like all the 9600 GTs released today, the Asus card requires only a single 6-pin PCIe power connector. 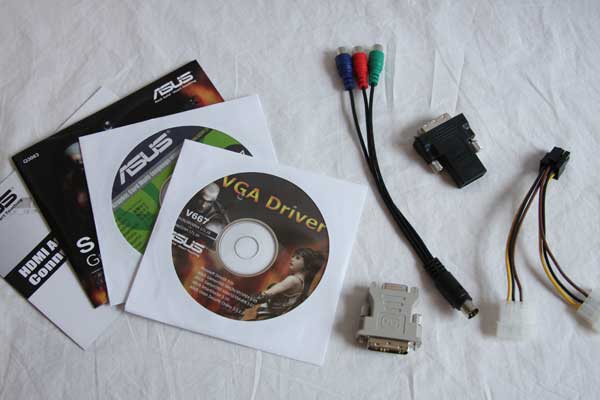 The included extras in the box are pretty standard with two exceptions.  First, the Asus card is the first NVIDIA graphics board we have seen with the DVI-to-HDMI adaptor included.  This is a great feature that AMD first introduced with their Radeon HD 3800 cards and we are glad to see it on NVIDIA solutions now as well. 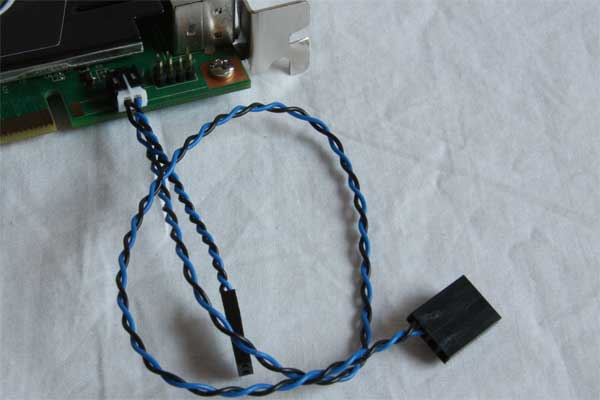 The second extra that Asus includes that other AICs have not is the small 2-pin cable that is used to connect your audio card to the video card.  Why would you do this?  Since the 9600 GT does not have an integrated sound controller like the AMD Radeon HD 3800-series, the audio must be passed from the sound card to the graphics board so it can be passed through the HDMI connection.

Performances numbers should be nearly identical to what we have seen in our BFG 9600 GT review – in general the results are impressive.  The Asus 9600 GT 512MB card should be able to outperform the AMD Radeon HD 3850 and HD 3870 cards, and if you want a full break down of performance numbers, check out this portion of our previous 9600 GT article.

Overall though, the Asus card is a great choice as it offers the same performance as other reference 9600 GT cards but has little extras that make it a more complete package.  Props goes out to Asus for keeping up with innovation!

Update: The 9600 GTs are starting to show up in stock in several places, such as Newegg.