The NVIDIA 9600 GT card looks very similar to the 8800 GT card in that they are both singe slot designs with coolers/fans differ only slightly.  You guys probably remember me getting a pair of 9600 GT cards early from our very own forums, only to find out that they were such early samples that they were basically worthless in terms of performance and stability.  Ever wonder what happened to those card…?

Well, that answers that…  Let’s look at the cards that are retail samples though and that probably won’t end up melted. 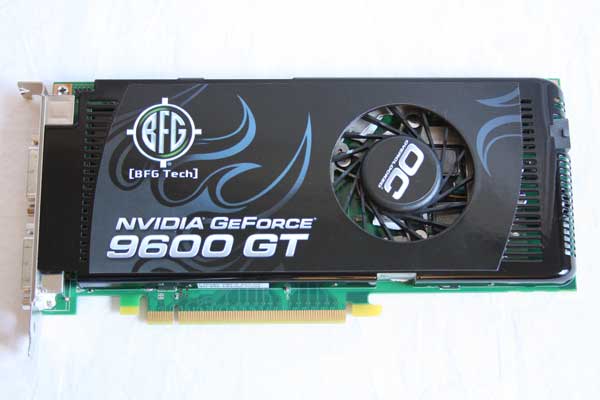 As it turns out the, coolers and card design of the retail boards I received this week are basically identical in design.  The cooler has been refined from the original 8800 GT design with a larger opening above the fan for more air intake and an adjusted spin-up table.  This new table gives the fan better logic on when to spin up faster in relation to the GPU temperature.  Some very early 8800 GT users reported over heating issues that were addressed with this change.

The BFG 9600 GT we tested is slightly overclocked as well – the core clock runs 25 MHz over the reference rate though the memory rate remains unchanged. 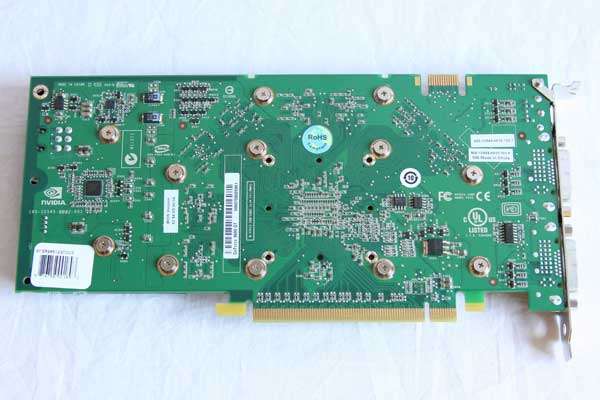 All 512MB of the frame buffer reside on the front of the card, hidden under the heatsink contraption.  Also notice that the 9600 GT continues to sport only a SINGLE SLI connection along the top of the PCB – there will be no support for 3-Way SLI on this card. 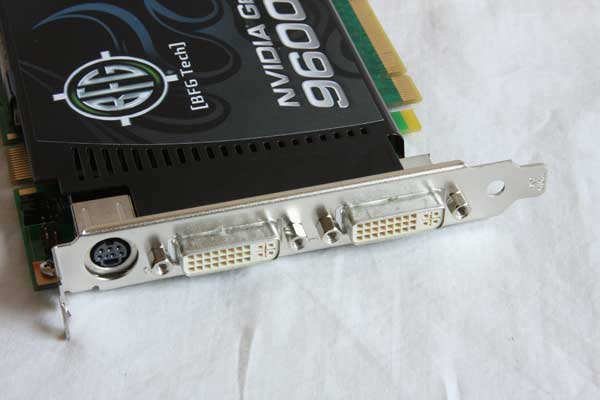 As it has become a standard, the BFG Tech 9600 GT card sports two dual-link DVI outputs and a single HDTV output that works with the included component dongle shown at the bottom of the page. 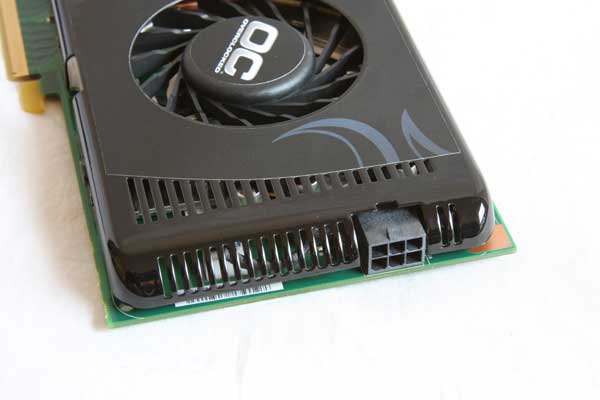 The 9600 GT still requires a connection the power supply directly with a 6-pin PCIe power connection. 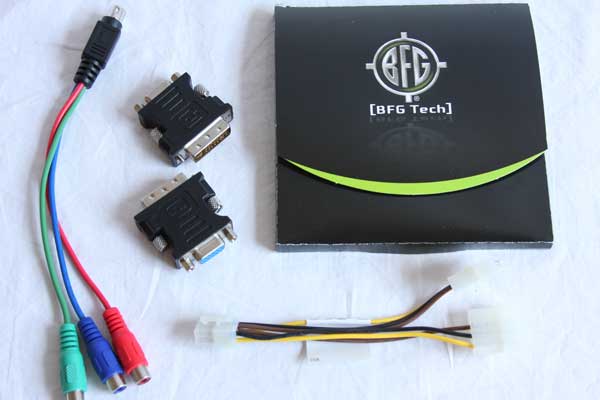 Other extras included with the BFG card include a pair of DVI-to-VGA adaptors, a two-Molex to PCIe power converter, HDTV output component dongle and basic installation instructions along with drivers.  I should also again mention that BFG Tech was one of the first enthusiast-level companies to offer their customers free 24/7 telephone tech support and they CONTINUE to do so even when other companies have backed off on their promises of support.