Since I work in the marine trades I wanted this build to be very nautical so I used King Starboard marine polymer for the base and shelf. My friend Paul at Warren River Boatworks in Warren, RI sold me a piece of 3/4″ black starboard for next to nothing and he also donated the 1″ diameter stainless stanchions for the 4 posts. More importantly, he let me use his shop to do the construction.

Here’s the first phase. I clamped the shelf to the base plate and bored the holes for the posts with a Forstner bit in a drill press. I only bored into the base 1/2″ since I didn’t want the stanchions to go all the way through. 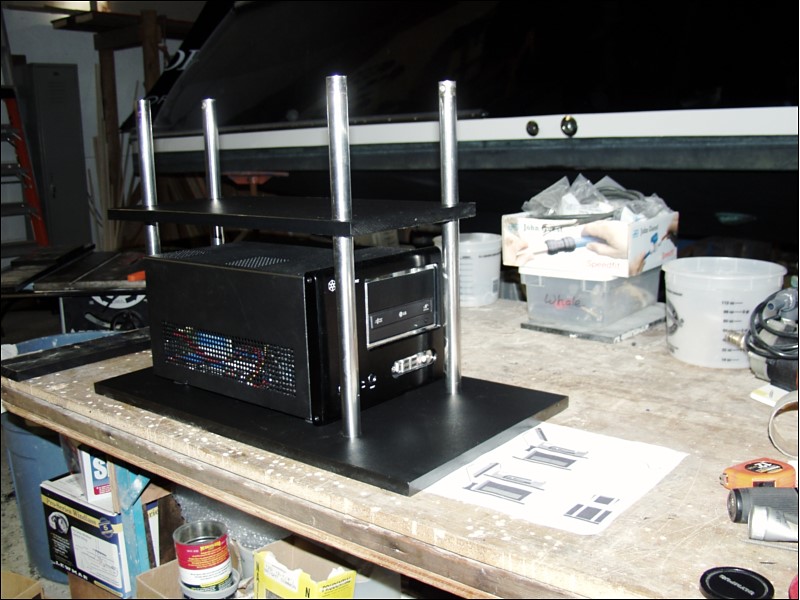 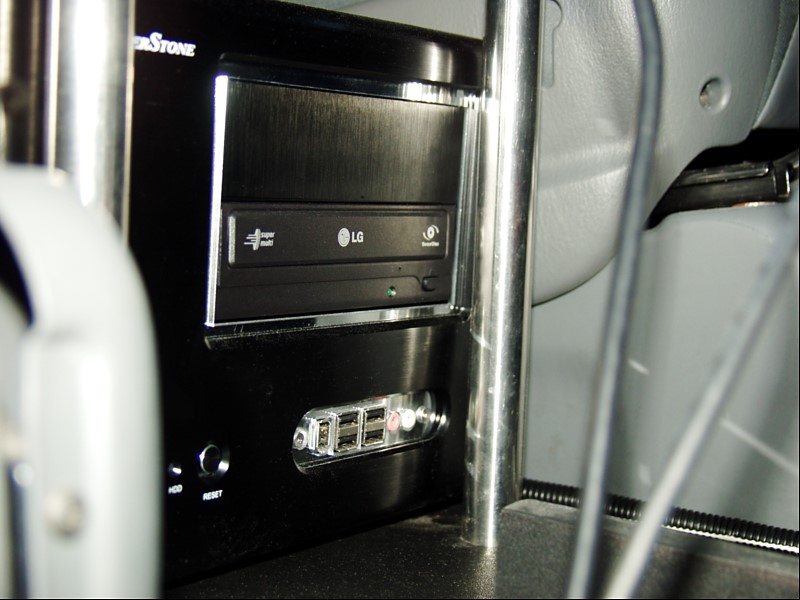 The computer nestled between the van’s front seats. 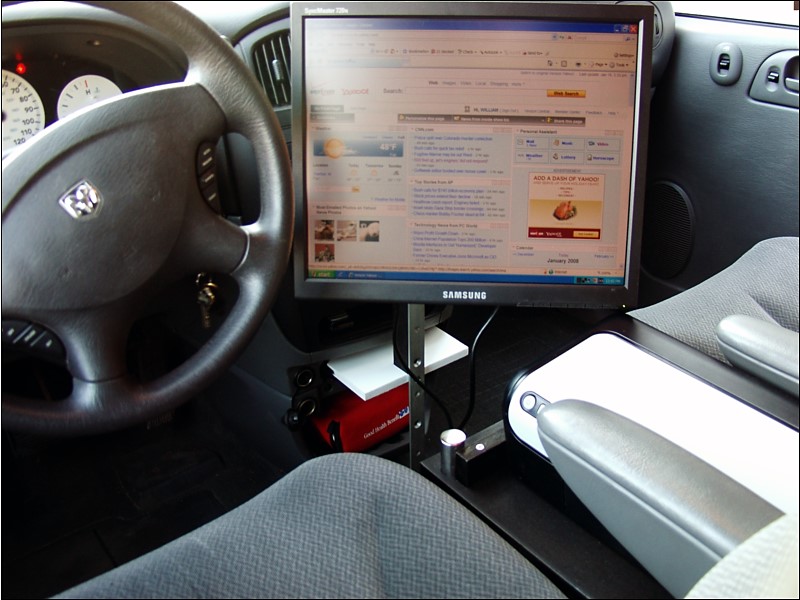 View from the driver’s seat. 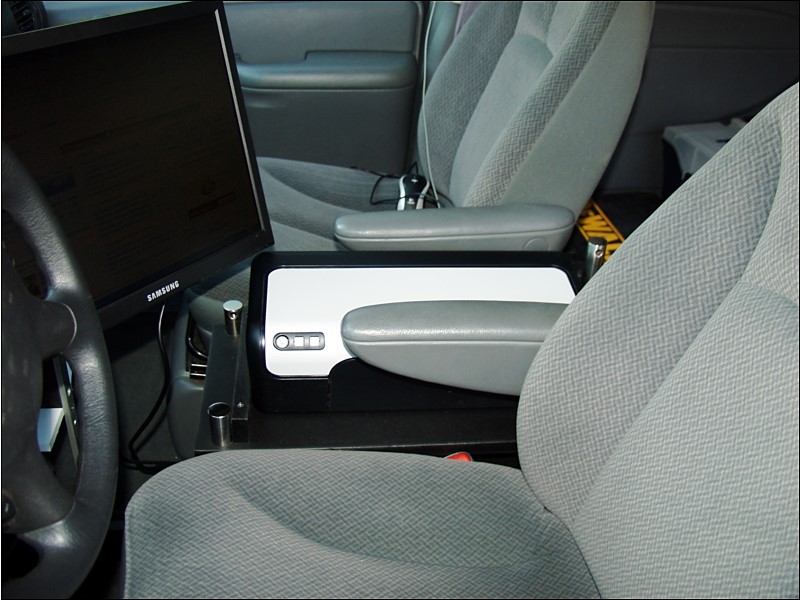 Another shot from the driver’s side. That’s the HP D2430 color printer on top.

A good thing gets better