In many ways, our analysis of Skulltrail will be familiar to those that read our review of the “Intel V8” platform that shares quite a bit with today’s announced product.  Obviously these are products meant for different markets, but their performance characteristics share a lot in common as we saw and because of that Skulltrail finds itself in a tighter spot that we originally expected.

Performance of the Skulltrail platform in the various non-gaming applications we actually very impressive overall.  The synthetic tests from SiSoft Sandra showed some of the potential that having eight cores of processing power offers while our multimedia encoding results had that potential realized to a certain degree.  Seeing the DVD encoder run 63% faster than we had previous seen before while getting 31% and 25% increases in Windows Media Encoder and DivX encoding respectively really put things in perspective.  Some will argue that doubling your investment with two CPUs instead of one and only getting a 25-63% is a waste, but high end consumers that do this work on a daily basis will probably disagree.

Professional applications like those we demonstrated, POV-Ray and CineBench, see immediate performance gains moving to Skulltrail and a pair of QX9775 processors.  These rendering applications saw as much as an 87% increase in performance.

The synthetic gaming results from 3DMark06 and Valve’s source tests looked like Skulltrail would be a great performer in the gaming world, but that turned out to be not entirely true.  While the POTENTIAL might be there, in this case, it wasn’t realized.

Finally, PCMark Vantage did give the performance win to Intel’s Skulltrail solution but, but by a pretty minor delta.  In some cases, such as the photo editing section, Skulltrail’s gains could be considered noticeable, but in most cases that wasn’t true.  It would be hard to argue for a Skulltrail upgrade over a single CPU system for these workloads.

Originally billed as the ultimate gaming platform, we had high hopes for Skulltrail and most were unfortunately left flat.  Let’s start with single GPU graphics performance; we tested four major titles including Crysis, Lost Planet, Call of Duty 4 and World in Conflict.  Of those, only World in Conflict saw a real-world gaming experience increase over our standard, dual-core GPU test bed with half the memory.  The others either showed identical performance or a performance drop when run on Skulltrail.

Okay, fine, how about multiple GPUs?  Results were better: all four titles saw gains with the Skulltrail platform over our standard test beds in some way.  Call of Duty 4 saw the biggest benefit from the dual-processors, with some noticeable gains at the 16×12 and 19×12 resolutions.  Lost Planet saw very minor performance increases while World in Conflict saw gains in the minimum frame rate but not the overall average frame rate.  Crysis, unfortunately, did not see large gains; and it was the one we expected to see the biggest change on! 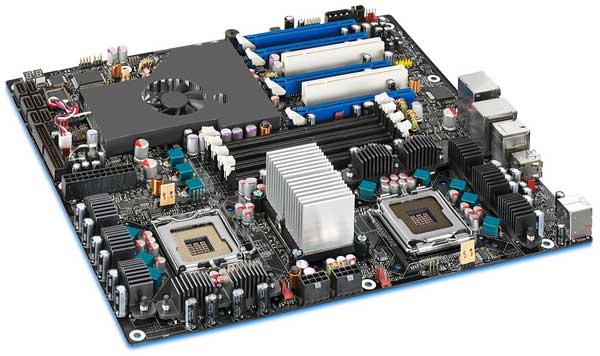 Our CrossFire testing was actually worse: ever single title tested ran slower on the Skulltrail platform than on our dual-core processor standard GPU test bed.  These performance deficits are more disheartening when we consider this fact: our standard test bed uses an X6800 processor – dual-core, 2.93 GHz, 1066 MHz FSB while the Skulltrail platform uses TWO QX9775 processors – quad-core, 3.20 GHz, 1600 MHz FSB.  It would seem that just replacing the X6800 with a quad-core QX9770 or even QX9650 would render better gaming results than the upgrade to Skulltrail is providing right now.

Another element to discuss: SLI testing was very unstable.  While single GPU testing went flawlessly without a hiccup, plugging in a second 8800 Ultra for SLI testing caused our system to crash in several games several times; sometimes keeping us from running it at all (see Lost Planet at 2560×1600).  While this seems odd since the board is SLI certified, what was even more confusing was that CrossFire ran flawlessly – sure it was slow, but not once did it crash or lock up on me.

The Skulltrail platform on its own is very attractive: an enthusiast level dual-processor motherboard, 1600 MHz FSB support and multi-GPU graphics from both NVIDIA and SLI.  Even the power requirements for Skulltrail seemed almost likeable – sure it used more power but not as much as a gaming system using 3-Way SLI and 8800 Ultra cards.

The overclocking abilities of Skulltrail were also pretty impressive coming from the workstation background that the board has.  Though I didn’t get to finish up my overclocking results to include in our first write up here today, I can tell you this much: the 4.0 GHz mark that Intel was showing off at CES is not at all difficult to achieve.

Let’s get this out of the way here: Intel is not actually launching the Skulltrail platform today.  They are still claiming that availability in Q1 is target, and that gives them until the end of March to make good on their word.  Pricing is also still up in the air as Intel is going to be silent on it until the Q1 launch time.  We do know though that the QX9775 processors will be more expensive that current Core 2 Extreme processors, so a guess around $1200 would seem pretty likely.

As for the motherboard, Intel is also mum on that, but the cheapest D5400 motherboard I could find our pricing engine was going for $400+.  You can expect this Intel-branded Skulltrail motherboard to go for something along those lines as well.

Obviously, this makes Intel’s Skulltrail platform an exclusive club; maybe even more so than limiting its production, at least according to rumors.

Skulltrail is an incredibly interesting product from a technological point of view and any enthusiast would surely salivate at the idea of pairing up two of Intel’s powerful quad-core processors with SLI or CrossFire graphics.  The problem is that same enthusiast is probably as disappointed as I am in the raw gaming performance numbers that we showcased today and thus a lot of the appeal is tainted.  Yes, the Skulltrail platform is an amazingly fast media and rendering powerhouse, and users that do a lot of those tasks, with some gaming on the side, will find the appeal of Skulltrail strong.  Pure gamers though will be better off saving some cash and going with a single quad-core processor system with multi-GPU graphics.  Maybe Intel, NVIDIA and AMD can pull together and change that with some driver/firmware/BIOS updates to fix the performance and stability issues we saw, but until, our verdict stands.

Join us in the PCPer CPU forums to questions and comments on this review! 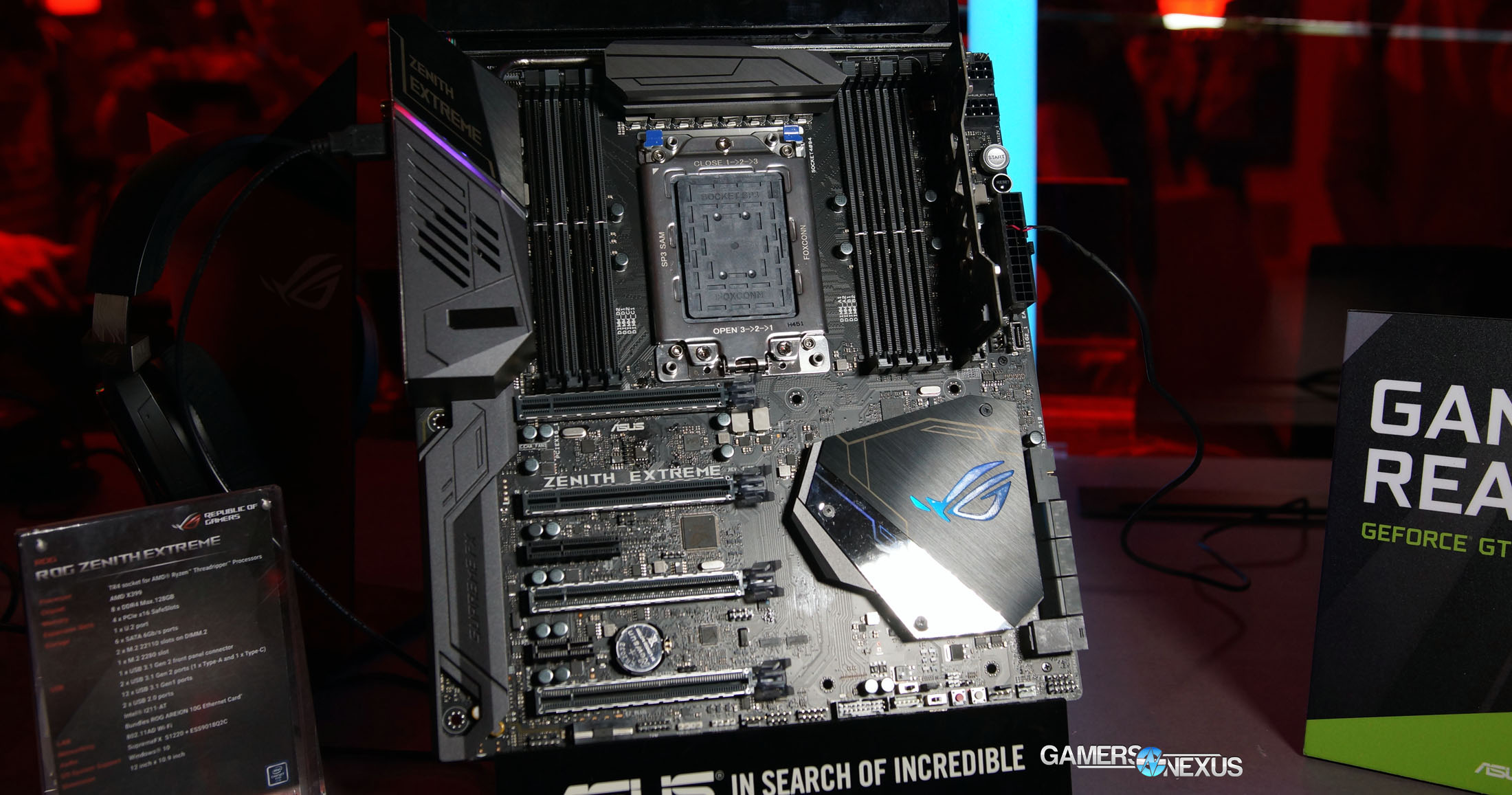