Even though Intel wants the Skulltrail motherboard to be the king of all enthusiast platforms, there are still some remnants of the workstation background shown in the BIOS; but surprisingly there is a good amount of tweaking options as well. 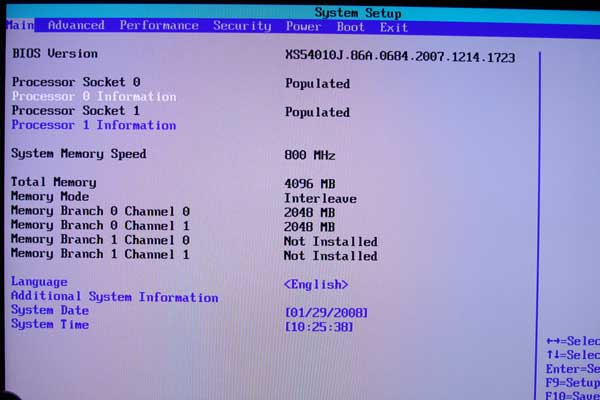 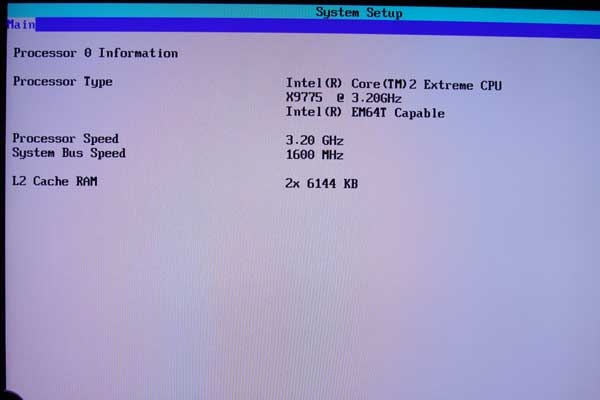 Information is well displayed throughout the BIOS and here you can see we are using the QX9775 CPU along with its reference specs. 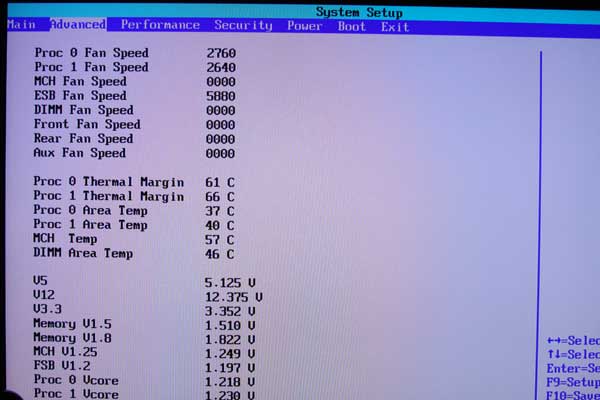 The system monitoring section shows what you would expect to find including fan speeds, temperatures and voltages.  However, the Skulltrail motherboard seems to have much more detailed results: notice the eight total fan speeds that can be monitored and the six different temperatures ranging from the CPUs to the DIMM area. 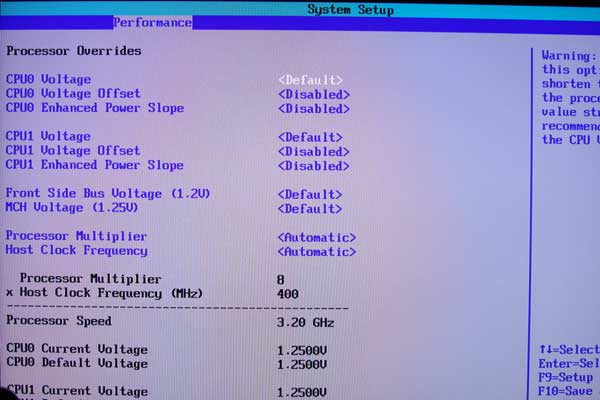 Though not available in most enterprise class boards, Skulltrail offers you its leash by enabling support for voltage control to the CPUs, FSB and chipsets. 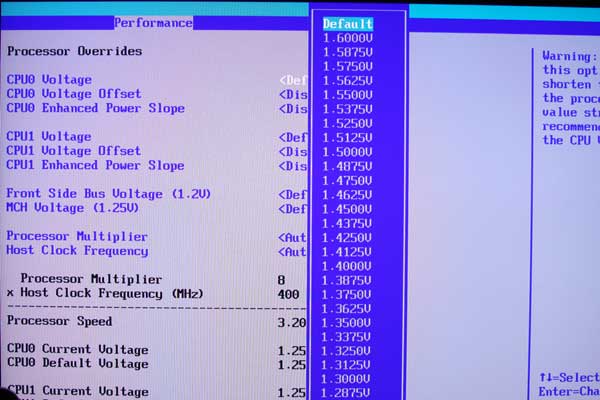 The CPU voltage can be increased from the default 1.25v up to 1.60v should your overclocking heart desire. 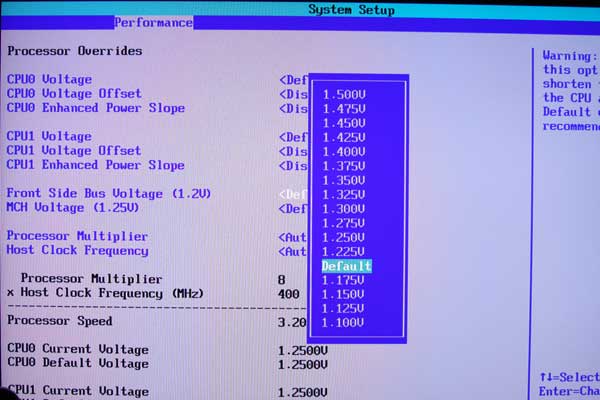 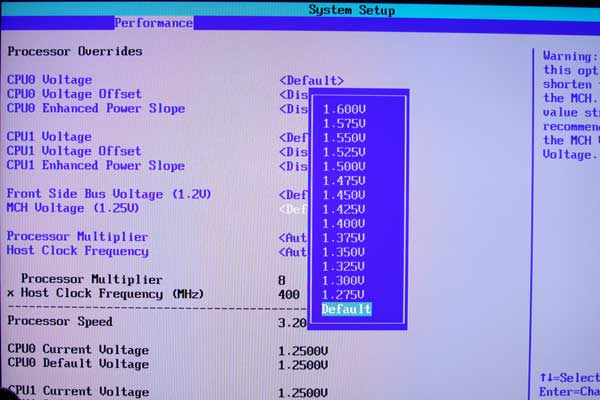 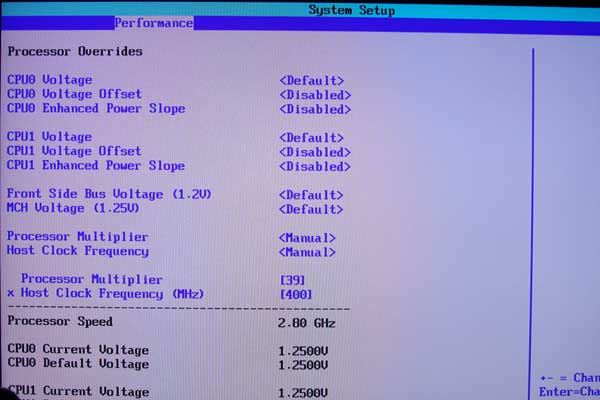 The multiplier on these processors and on the motherboard are completely unlocked – here you can see I set it to 39x – probably that’s out of range of the silicon. 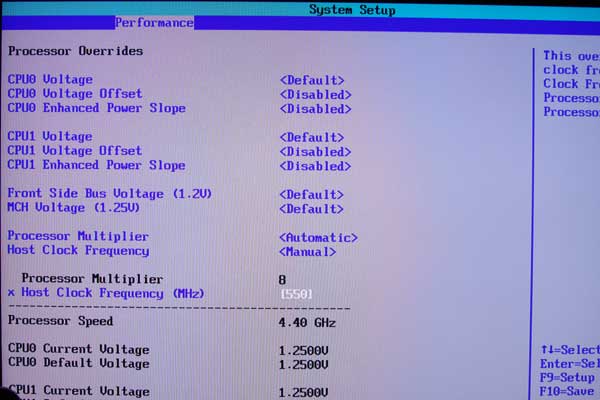 The FSB can also be overclocked up to 550 MHz, a nice jump over the 400 MHz default speed. 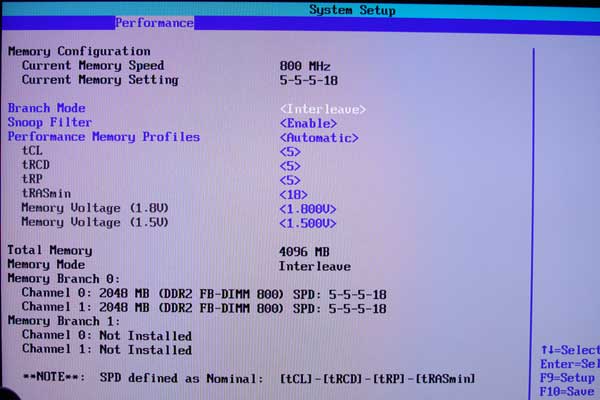 Memory tweaks are also available in the form of timing adjustments and voltage control though a multiplier to adjust the memory speed seems to be unavailable. 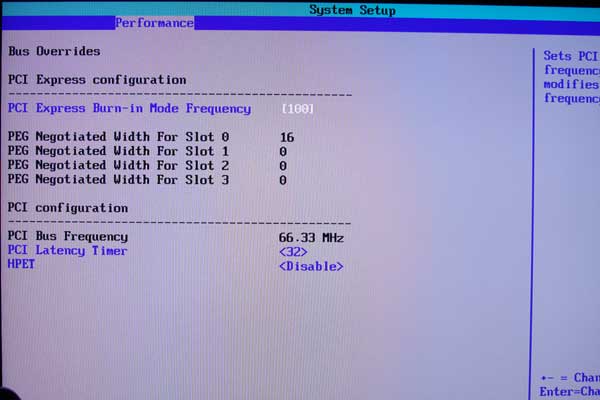 The PCI Express bus can be overclocked as well.

Overall, the BIOS on the Skulltrail motherboard is surprisingly robust considering its humble beginnings at the hands of Intel’s own server/workstation engineers.  You’ll definitely not have a problem overclocking your system with this board and as we saw at CES this year, Intel was able to push the CPUs up to 4.0 GHz without an issue on air cooling. 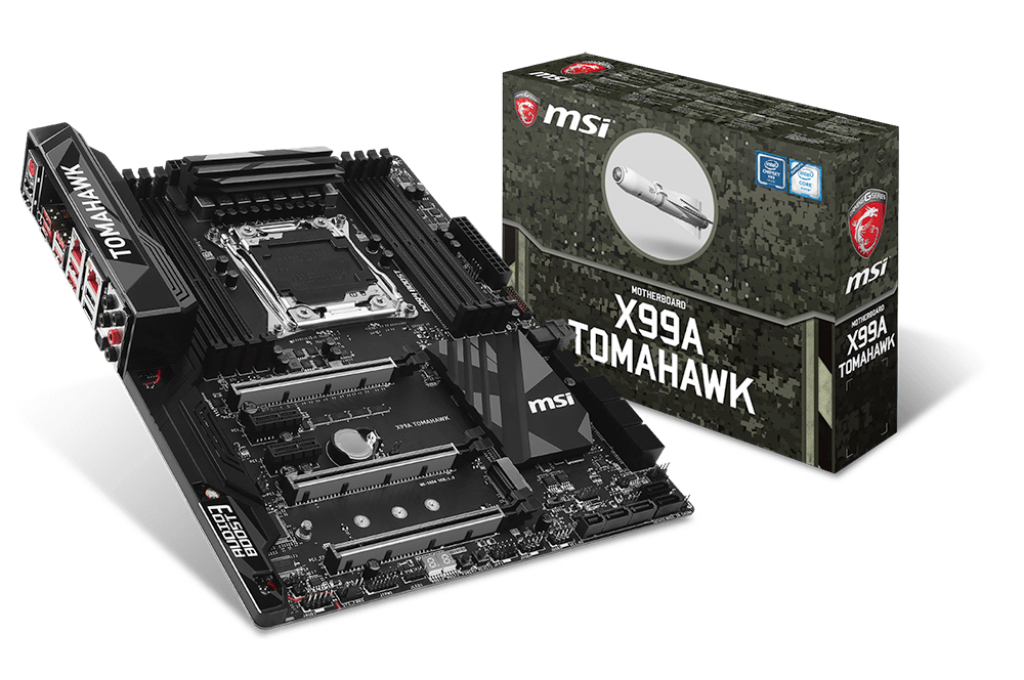 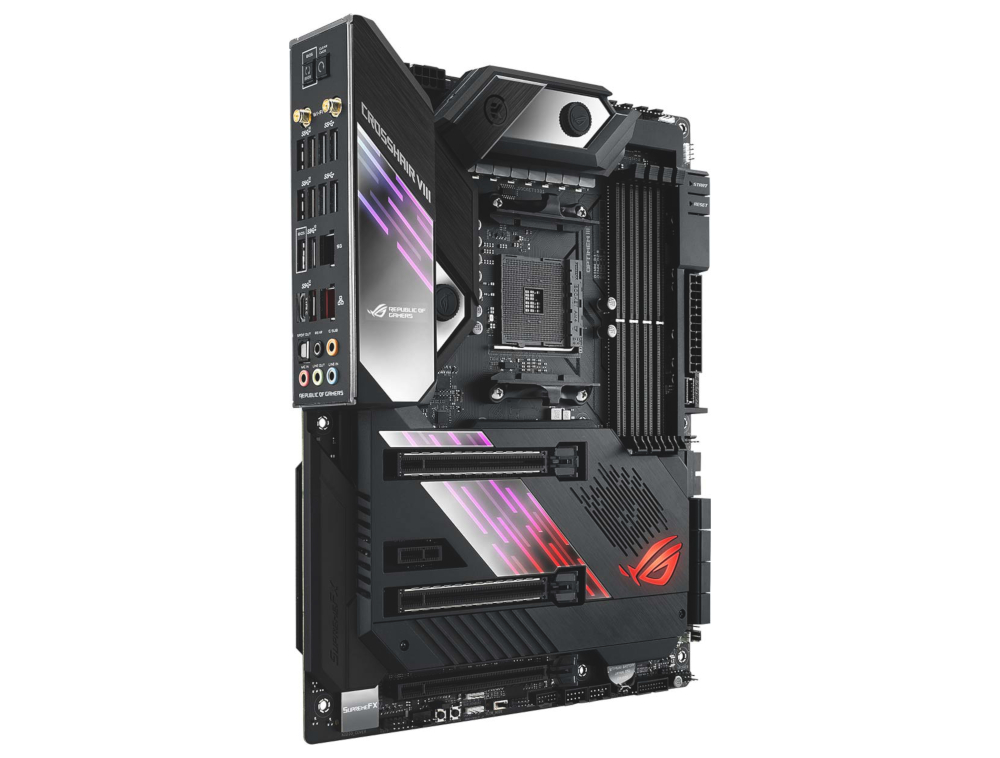