Introduction and 790i Features

NVIDIA is on a tear with new product releases this month and their next offering is a new core logic chipset for Intel processors called the nForce 790i Ultra SLI. Yes, both Ultra and SLI. Adding DDR3 and native PCI Express support this new chipset from NVIDIA could be the best yet.

Over the years chipset launches have gone from an exciting part of a great new platform launch to side bars on the releases of new processors and graphics cards.  Chipset technology was largely stagnate when NVIDIA’s dominance started to take place in the AMD world and even their marketing teams couldn’t keep the magic and excitement of chipsets alive for long.  We were forced to endure the nForce 3, nForce 4, nForce 500 and nForce 600 series and the most recent addition the nForce 780i.  All of them were decent chipsets in their own right though you could probably count the TRUE advancements of each from generation to generation on one hand.

This chipset launch is really nothing different though NVIDIA is catching up with technologies that Intel has offered since May of last year.  The NVIDIA nForce 790 chipsets brings support for the latest Intel processors, DDR3 memory and native PCI Express 2.0.

The new flagship chipset for NVIDIA’s the Intel platform line of products is the nForce 790i Ultra SLI and is the chipset that will be reviewing today.  This product is a two chip design not a single chip like we will see on the upcoming nForce 780a and thus we are actually getting a new north bridge and a very familiar south bridge. 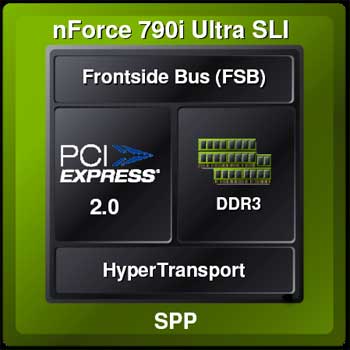 The new north bridge integrates PCI Express 2.0 into it whereas before NVIDIA used a PCI Express 2.0 bridge chip to add this functionality.  In real world applications, we probably will not see any performance benefits from PCI Express 2.0 today but perhaps down the road will.  Either way it is nice to see the functionality integrated on the board rather than adding additional logic complication to the board design.

Also new with the nForce 790i Ultra SLI chipset is the inclusion of the native DDR3 memory controller.  Intel’s own chipsets have offered DDR3 support since May of last year and this is NVIDIA’s first attempt at one so we’ll have to see how performance looks.

The HyperTransport connection is used merely for communications with the south bridge. 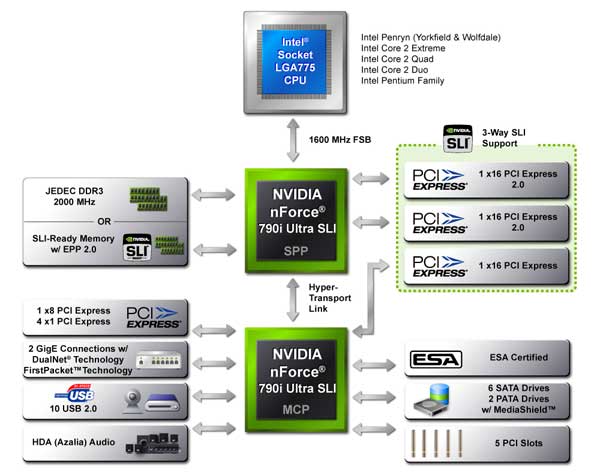 You can see a good overview of the features this chipset offers in the above block diagram.  Full support for all of Intel’s processors is there including the still yet unreleased 1600 MHz front side bus parts.  The DDR3 memory controller offers support for speeds up to 2000 MHz, the fastest we have seen on the chipset.

The south bridge should look awfully familiar to you as it has been used by NVIDIA since the days of the nForce 500 series and still includes the same features. 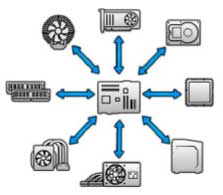 ESA is a feature that will only be found on this chipset even though it is a USB standard data communications protocol.  We have previously looked at ESA, NVIDA’s Enthusiast System Architecture, and found it to be very impressive in terms of features and functionality and we are even seeing it picked up from the enthusiast class manufacturers.

There is another chipset launching today as well that goes by the moniker 790i SLI.  The block diagram below clearly shows that the product is basically identical: 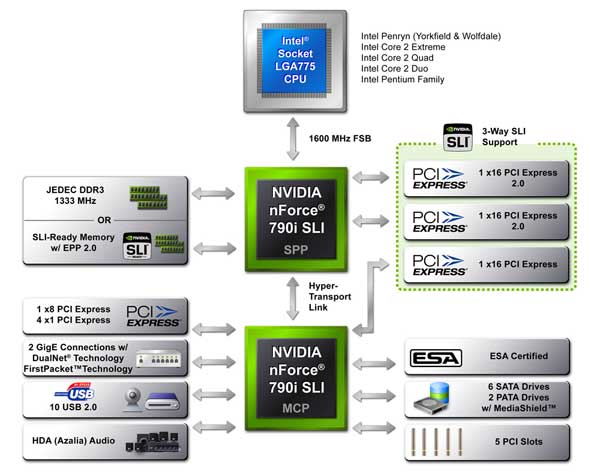 What’s missing you may ask besides the Ultra title?  As far as I can tell only support for DDR3 2000 MHz memory and it is only being left off in order to differentiate between these two products.  When I was first briefed on them even ESA support was going to be limited to the top tier chipset but that seems to have trickled down to the 790i SLI.  So even though this chipset supposedly supports the EPP 2.0 memory technology running at the 2000 MHz speed will apparently require manual BIOS manipulation.

It’s really not that big of a deal as this chipset should be able to run the memory at that speed but I honestly see no need for this being two separate products. 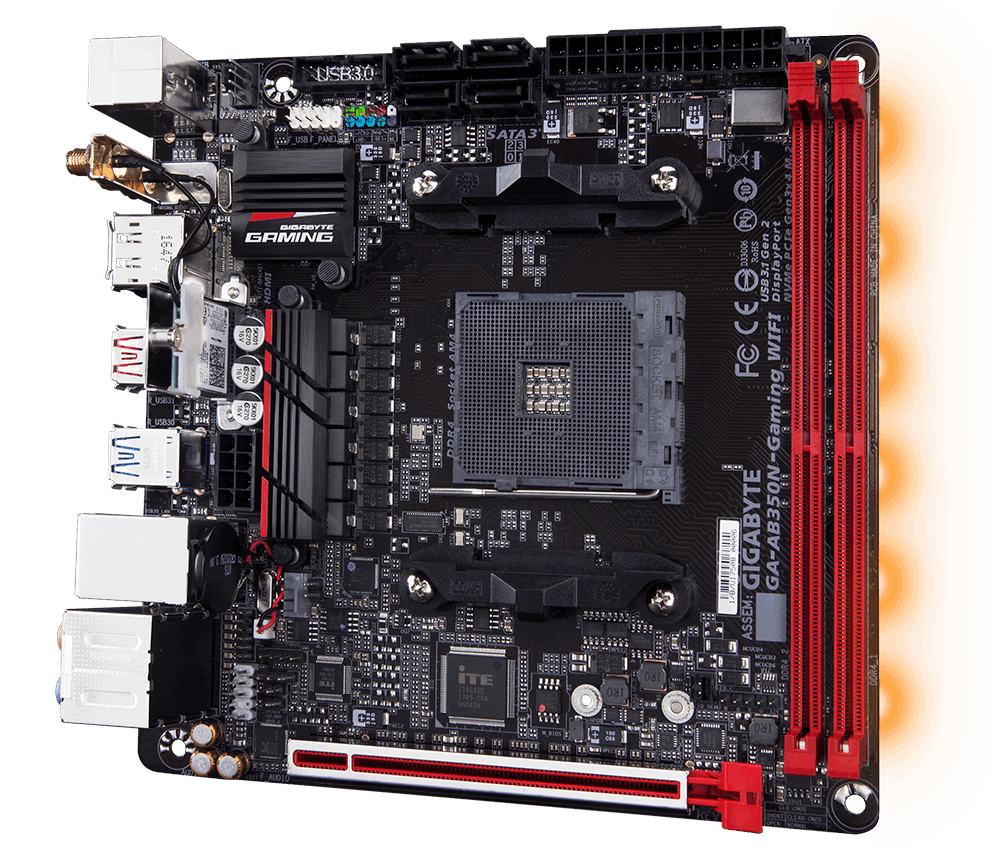