NVIDIA is taking another swing at Quad SLI this time with the 9800 GX2 graphics card. Can it succeed where the 7950 GX2 failed and can it best the impressive feature set that we saw with the AMD CrossFireX technology?

Quad SLI is a familiar term to us – not only have we had to hear about for months building up to today’s release but NVIDIA has tried this once before.  The card of choice (well, really there was no choice) was the GeForce 7950 GX2 and the success of the platform was less than spectacular.  After being met with lackluster performance results, small lists of compatible games and eventually complete abandonment at the hands of NVIDIA when Vista came in to the fray the company definitely needed to rethink things.

This time Quad SLI is being brought to the masses (with masses of cash) with the help of the recently released GeForce 9800 GX2 card – a combination of two G92 GPUs on a single graphics board.  Despite being expensive the 9800 GX2 was still a very impressive card for its overall performance.  As you might guess, pairing up two of these cards gives us four total GPUs, thus the Quad SLI moniker.

Unfortunately for NVIDIA (and AMD) taking advantage of those extra GPUs is harder than we’d hoped.

In our first 9800 GX2 review we basically covered all the information and technology behind what makes Quad SLI tick: 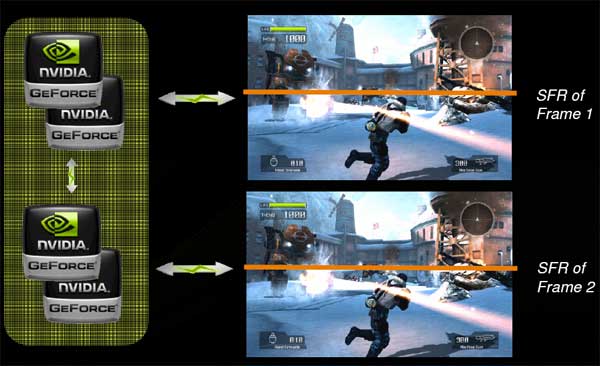 In the good old days (um not really good for those that bought it) NVIDIA achieved Quad SLI by doing “AFR of SFR” which basically took two pairs of GPUs, set them to do split frame rendering and then alternated those frames.  With late DX9 and DX10 titles, SFR is really no longer an option as even AFR is getting more difficult to work with, so the idea of “AFR of SFR” was canned. 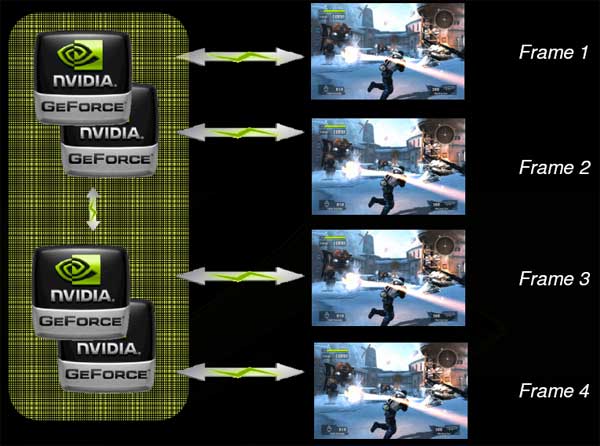 Today is of course the end of that NDA, thanks to an “unnamed OEM” that just HAD to be the first one out with a system based on Quad SLI.  Never mind the fact that our readers could have spent the 7 days from launch buying pairs of these cards and using the PUBLICLY AVAILABLE driver to run Quad SLI without NVIDIA’s NDA hanging over their heads… 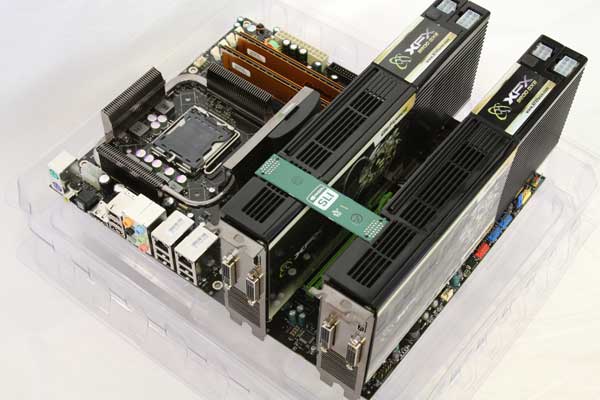 Here you can see how a Quad SLI configuration using a pair of XFX GeForce 9800 GX2 cards looks – tasty isn’t it?