Laptop Magazine has posted a quick preview of the new version of the ASUS Eee PC that will be shipping with Windows XP rather than Linux.  Not much as changed though…

Short On Storage Space
For Windows lovers, or those that had loaded XP on previous versions of the Eee PC, the machine is everything you’ve been waiting for. You can run Microsoft Works, which comes preloaded, or you can buy and install Microsoft Office. We downloaded our software favorites to the desktop including Skype, Firefox, and free photo-editing software Gimp. However, because the system has only a 4GB SSD and the Windows XP software takes up 1.8GB of space, the machine is limited as far as storage space. By the time we installed a few other programs in the system, including performance-testing programs, there was only 153 MB of free space left. Asus does plan on bundling the small system with a 4GB SD Card to increase storage capacity.

Same 840×480 Resolution
No different on this machine is the resolution of the screen. The 800 x 480-pixel resolution is still annoying and forces lots of vertical and sideways scrolling. You can switch the size of the desktop to a virtual resolution of 800 x 600 from the system tray with a small tool that Asus provides—however, this adjustment causes all the windows to appear below the screen; moving the mouse down to the bottom of the screen reveals the rest of the screen’s visuals. The low screen resolution may be a deal breaker for some and many might want to consider holding out for the 8.9-inch version with a 1024 x 600-pixel resolution.

Sweet Surfing
I spent most of my time on the Windows machine in the Firefox Web browser. Oddly, the system came preinstalled with Internet Explorer 6 (rather than 7), which I have never been able to stand. I enjoyed watching short SNLclips on Hulu.com and some clips on YouTube without any hiccups. When it came to checking my e-mail and reading Web sites, I had the same exact smooth surfing experience on the XP system as I have been having on the Xandros one for months. I also had no problems chatting with friends in Meebo, though this is one of the Web applications where I wish the screen resolution was larger, as lots of sideways scrolling is required. 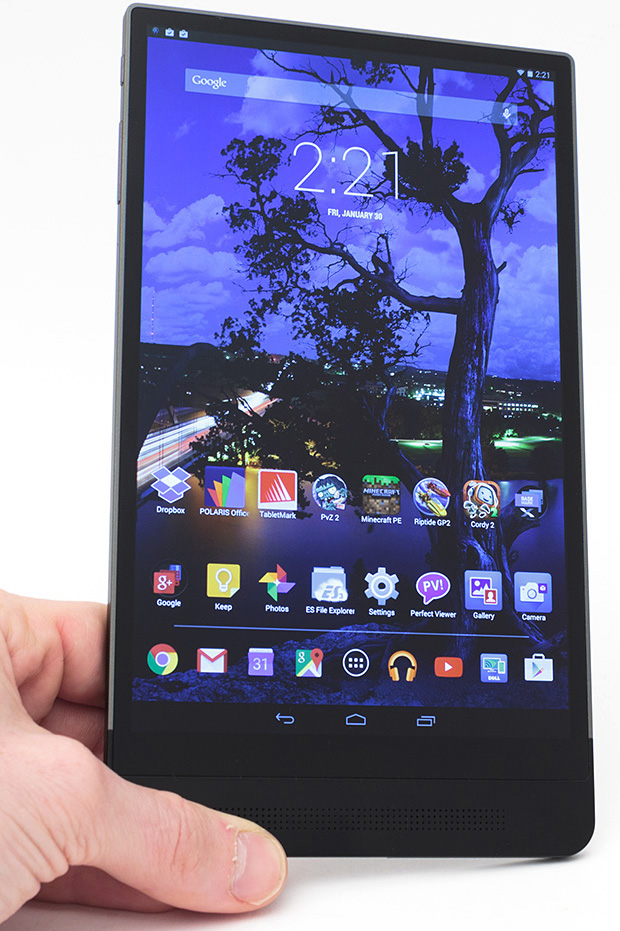