For the past couple of weeks, I have spent a lot of time with the ASUS EAH3870 X2 1GB TOP graphics card – the first non-reference design-based 3870 X2 card to be announced.  Unfortunately, different does not always equal better.

Let me start this quick informational news post by saying that at PC Perspective we have the utmost respect for ASUS and their products.  You don’t have to look very hard to find reviews of some of their motherboards, video cards or even sound cards that we really enjoyed.  ASUS is also one of the few companies that tries to stretch outside the norm and release non-reference design products; take their 680i and 780i motherboards as a good example.

That being said, the ASUS EAH3870 X2 1GB TOP card has been getting a lot of attention from news sites and review sites across the web for its unique design and expansive features. 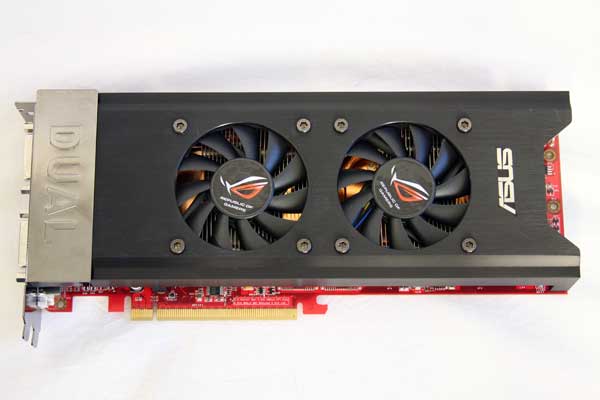 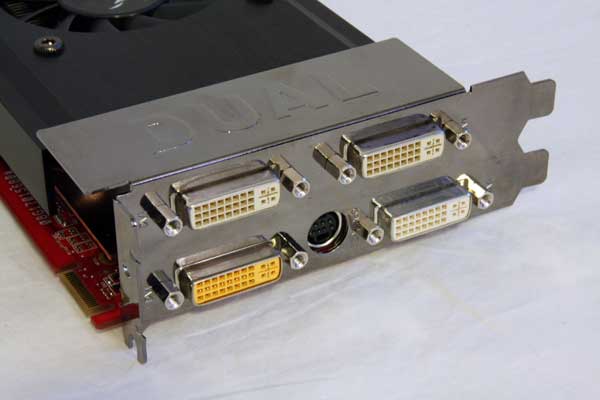 Unlike all the other 3870 X2 cards we have seen thus far, this ASUS model sports four dual-link DVI ports as well as a standard HDTV output connection.  Not only that, but the clocks on it are faster than the reference too: 850 MHz core and 950 MHz memory speeds.  The cooler is also unique and is able to keep the card cooler than the stock design while remaining just as quiet.

So on paper at least, the card is a great buy.  But my time spent with it has been troubling.  After testing two different samples, each on three different test setups in our lab, with three different driver versions on each combined configuration, I have to officially warn our readers to stay away from this product.  The card was not stable in any of those configurations, exhibiting crashes not only in single runs 3DMark06 but also in  titles such as Bioshock, Call of Juarez and others.  The crashes came in the form of blue screens, black screens and error messages about DX9 or DX10 calls.  For reference, here are the system configurations as I tested them:
On each setup I tested three driver versions in attempt to get some stable results: the driver that came in the box with the cards, the latest Catalyst 8.2 drivers and the new Catalyst 8.3 drivers pre-release sample I have from AMD.

Obviously in all cases, I was able to crash the systems within a single run of 3DMark06 or playing any games for just a short while.  I was taking temperature readings from the cards and didn’t see anything spike over 80C which is quite comfortable for GPUs today.

The only anomaly I saw was in the driver control panel where it was at first obvious what ASUS was doing to make this card work.

The first image shows some odd things: the card is listing its memory type as “HyperMemory” and it says it has 1278MB.  Obviously these are both incorrect: 3870 X2 cards do not use HyperMemory technology and only have 1024MB of on-board memory.  What ASUS has obviously done with this hacked version of the AMD 3870 X2 BIOS is trick the system into thinking there are two physical cards in the system and for some reason this required the use of HyperMemory.

That also explains why in the second picture we can see that enabling and disabling CrossFire is an option – that wasn’t possible in any of our reference design X2 cards.

To be fair, I need to point out that there have been several reviews of this card on the web already and all have been positive.  HotHardware, Firingsquad and Neoseeker have all had good experiences with the EAH3870 X2 1GB TOP and it was because of those articles that I spent SO much time looking into this problem.  I am not accusing anyone of anything on the other reviews, and it’s completely possible that all three of them didn’t run into any testing issues.  But with all the problems I had, I felt it was my obligation to PC Perspective readers that I give an honest opinion on the situation.  And that is simply: don’t buy these cards.

It’s obvious to me what happened here: ASUS engineers attempt to make something unique and different from the norm, and in 9 out of 10 cases we encourage and support those companies and their teams.  However, in this case, ASUS seems to have stepped a bit too far outside the box and made a product that is no way for retail.  The two samples I have here are already on their way back to ASUS with a promise that they will look into the findings I listed above trying to find a fix.  If they can do so, I welcome a return visit from the ASUS EAH3870 X2 1GB TOP.