More of the same, but more appealing

The ASUS Eee PC may not be for everyone but with a new Windows XP version that maintains the same $399 price point it might find a way into your home whether you originally were interested or not.

The Eee PC has been a minor miracle – minor in size at least.  It has taken the relatively unknown name of “ASUS” in the notebook market in the US (and the world really) and put it on the lips of the masses.  The tiny, easily accessible design appeals to more than the enthusiasts and gamers that might know ASUS from their motherboard or graphics boards and has landed on the page of the New York Times, Fortune Magazine and more.

To be fair, this trend was started before the original Eee PC’s introduction with ASUS’ entry into brick and mortar stores like Best Buy.  But to see the scene at ASUS’ relatively small booth at this past CES in Las Vegas, with camera crews floating around pushing “minor” journalists like myself out of the way, you could clearly tell the Eee PC meant much more to ASUS’ success than you might at first have guessed.

Today ASUS is officially unveiling the first update to the Eee PC line; no this isn’t the update with the larger screen, touch sensitive display or WiMax but rather an OS change.

A Minor Change, with Major Repercussions

Even from day one with the original ASUS Eee PC, the machine was labeled as being “Windows XP compatible” even though the operating system that was installed on it from the factory was a version of Linux called Xandros that was modified by ASUS quite heavily.  The interface was easy to view, easy to use and was built specifically for the small 7″ 800×480 resolution screen.

There were several benefits to using this Linux OS.  First, the system booted faster than any basic Windows operating system (typically around 20-25 seconds) from a cold start courtesy of the small OS footprint and the solid state storage the Eee PC uses.  Also, the installation size was much smaller out of the box with the Xandros OS as even with the measly 4GB storage you had about 1.5GB of free space to add in files or store downloads on the machine.


The OS installation was also an attempt to make the device extremely easy to use, with tabs and buttons allowing even the most novice computer user to navigate through the applications and use them.  It included an OpenOffice installation, links to Google Docs and Mail, had support for media flies and playback and was generally a good, if not overly basic, Linux installation.

However, the allure of getting Windows on the tiny notebook was too much to pass up for a lot of users, even myself.  As a PC enthusiast that is used to having my most popular applications with me at all times including MS Office, remote desktop features and even Photoshop (ahh!) my first test sample had XP on it not long after it arrived.  Obviously, Windows Vista is NOT an option for a system with hardware specifications like this one and even Windows XP would take up a large majority of the solid state disc.  Software and tutorials like XPLite helped this quite a bit… 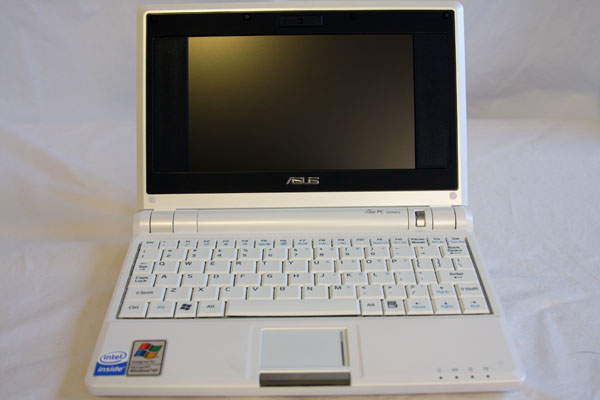 ASUS obviously saw this demand and announced a Windows XP version of the Eee PC in March.  That is what we are evaluating today and is really a pretty cut and dry article; nothing else has changed but the operating system.  In fact, according to ASUS, they are ONLY going to be releasing a version of the Eee PC with 4GB of storage with Windows XP and they will not be using Windows on their Surf models or the 8GB version with 1GB of system memory.

In our first review, we didn’t get a complete look at the full retail packaging but now that we have I am pretty impressed with what ASUS includes for $400 notebook. 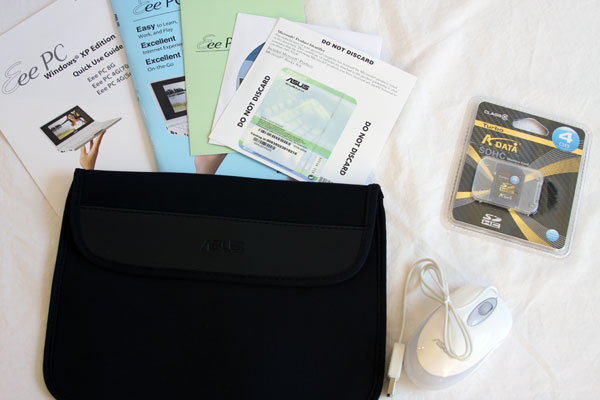 You get a pretty nice fabric case along with decent manuals and a small, laptop sized USB mouse. 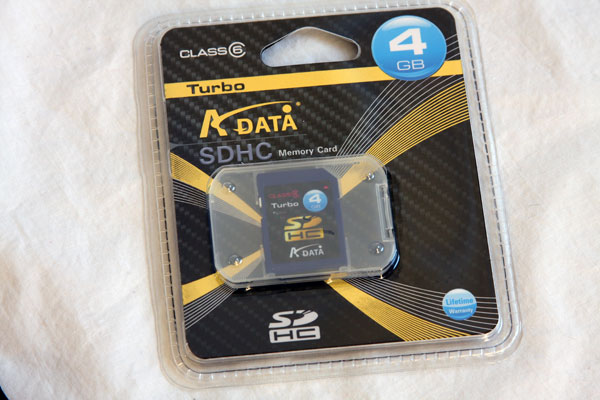 This time around, ASUS is addressing the complaints around the lack of drive space by including a 4GB SDHC flash card in the box with the Eee PC.  Of course this is a no brainer and just makes it easier for users to pick up a single box and be out the door.  They WILL be offering a model without the card for a slightly lower price, but more on that later.