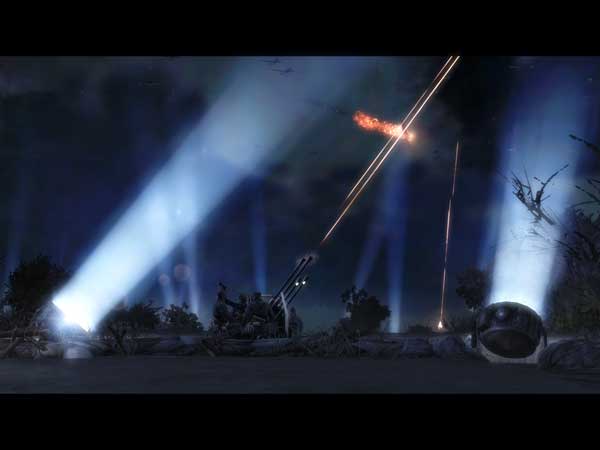 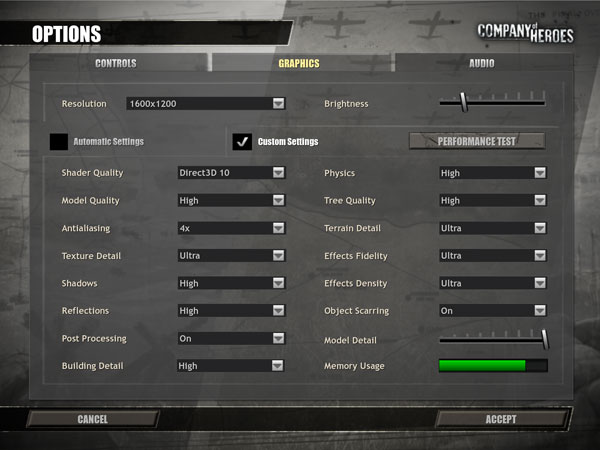 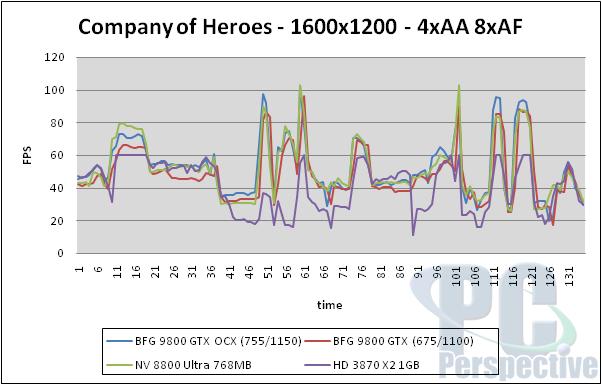 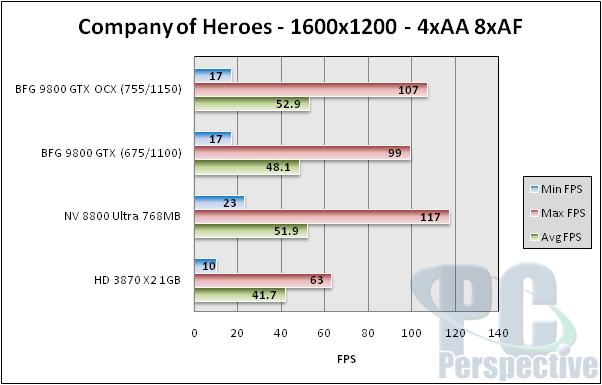 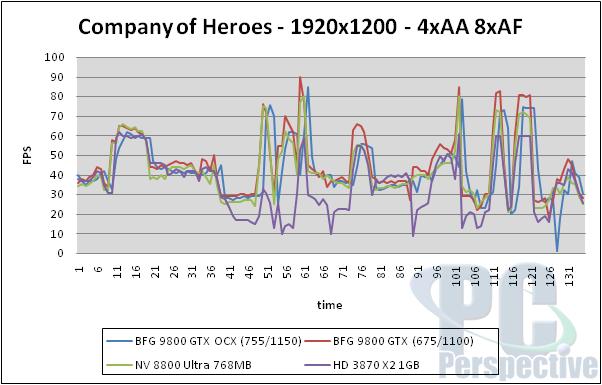 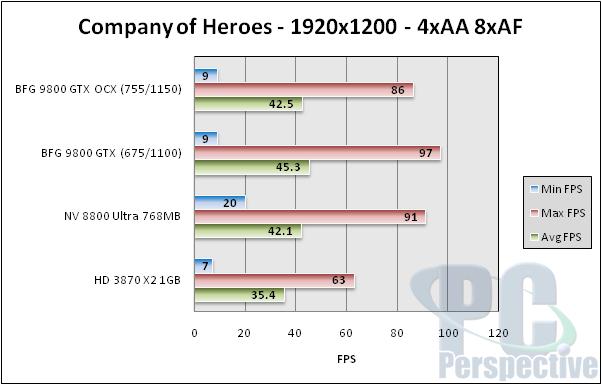 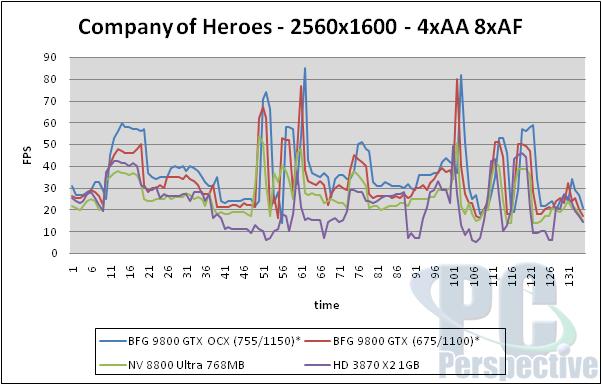 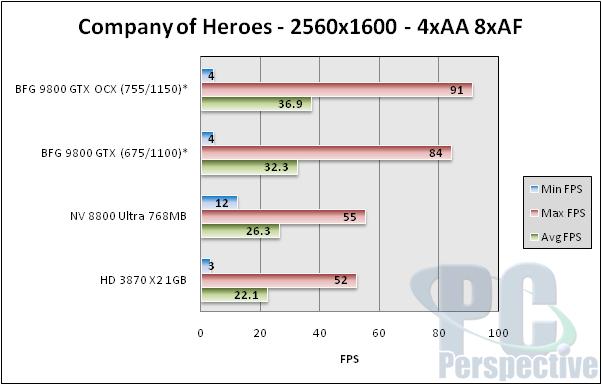 
NVIDIA performance in Company of Heroes continues to be very sporadic – note that in our testing the 1600×1200 resolution scales well with the new BFG card, but at 1920×1200, in three out of three test runs we did, the OCX card is slower.  Why?  You got me!?! However, CoH performance is normalized the new BFG card with the overclocked settings is indeed faster than the reference card.