News is circulating that HP has purchased an allotment of 100,000 VIA C7-M processors for their mini-notebook and Gigabyte will be buying some for another UMPC model.  This is good news for VIA as the Isaiah architecture will soon be making rounds and these kinds of relationship will setup for better deals down the road.

With Hewlett-Packard (HP) said to have ordered 100,000 C7-M ULV processors for its initial mini-note low-cost PC launch, (which is expected to reach 500,000 units in total in 2008) while Gigabyte Technology’s new M700 series UMPC (ultra mobile PC) will also adopt VIA Technologies’ CPUs, the Taiwan-based chipmaker may have a chance of recover from its long series of losses, according to industry watchers.

In addition to HP and Gigabyte, more hardware vendors are said to be evaluating VIA’s CPUs for their UMPC and low-cost PC products.

With limitations imposed by Intel on the features hardware vendors can offer from Atom-based platforms, (which include limited single-channel memory support and a restriction on form factors below Mini-ATX) VIA’s solutions give PC makers more flexibility.

In other news, although Nvidia will start to provide chipset solutions for VIA CPUs, VIA will continue its own chipset development, to industry sources. VIA’s chipsets consume much less power making them more suitable for UMPC products, while Nvidia’s chipsets are better for netbook and nettop products, which require better graphics performance, the sources commented. 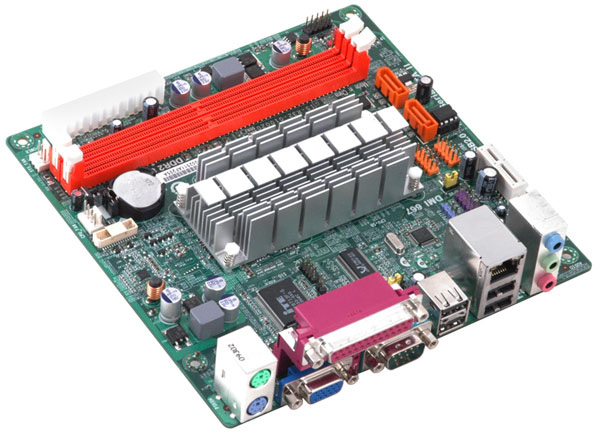