The AMD Radeon HD 3650 is a mid-range low cost GPU aimed at the under $100 market of graphics cards. Sapphire is one of the AMD’s best partners and is known for taking their products and making them better than reference design. But does the HD 3650 have the power to take on NVIDIA’s 8600 GTS cards?

Oddly enough, this is our first look at AMD’s Radeon HD 3650 GPU since its introduction in January of 2008.  The GPU is essentially a cut down version of the RV670 technology and a very light upgrade over AMD’s previous mid-range products, the Radeon HD 2600-series.  With prices ranging from $60-$120 the HD 3650 is the last line of products before jumping up to the HD 3850 line of cards making it a great review subject and interesting option for users looking for incredibly affordable gaming.

Our first review of the GPU comes courtesy of Sapphire with a slightly overclocked HD 3650 card.

As mentioned above the HD 3650 GPU, otherwise known as the RV635, is a completely new chip spin but is based on the RV670 design that started AMD’s entry into the 55nm process technology for GPUs.  The below table gives us a good comparison of the new HD 3650 with AMD’s previous line up of HD 2600 mid-range cards. 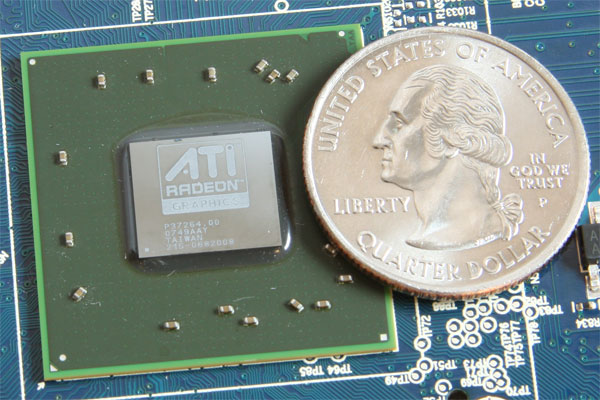 Sapphire is one of AMD’s key partners when it comes to graphics boards and they have traditionally pushed the boundaries for better performing parts than reference designs. 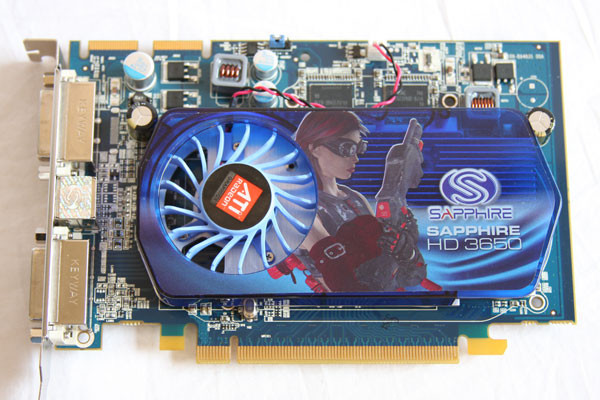 The Sapphire Radeon HD 3650 512MB board is small when seen in the same room as beasts like the AMD Radeon HD 3870 X2; that small size is an indicator of both the GPUs performance and power consumption as we’ll soon see.

You can also see along the top of the board that the HD 3650 has full support for CrossFireX and you can combine this GPU with as many as three more for quad-CrossFire configuration. 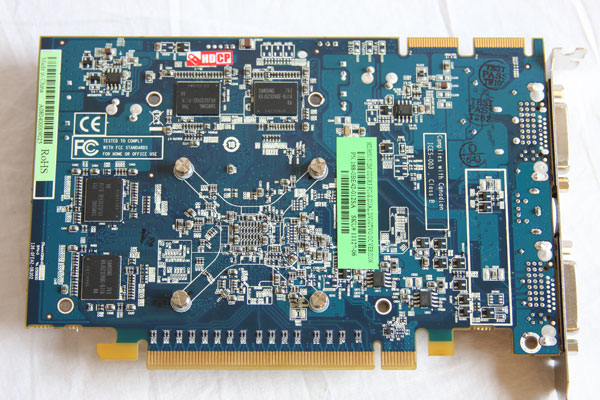 The Sapphire card uses 512Mbit memories, four under the heatsink on the front and four here on the back, for a total of 512MB of frame buffer.  The larger memory footprint available to this card at first seems to be a great addition but we did initially question whether a GPU of this level could fully utilize the same amount of memory that the HD 3870 and NVIDIA 9800 GTX use. 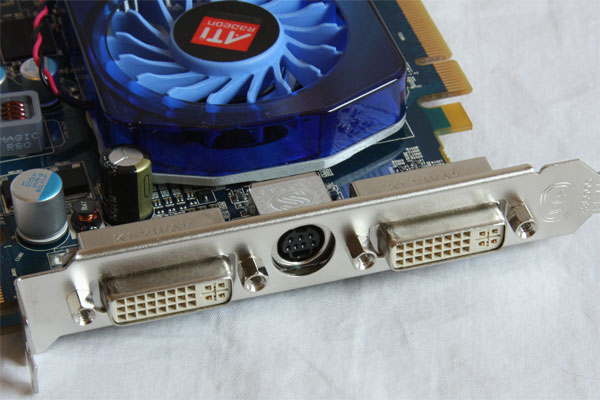 The card supports two dual-link DVI outputs as well as a TV output that will push both S-Video and HDTV via an included dongle. 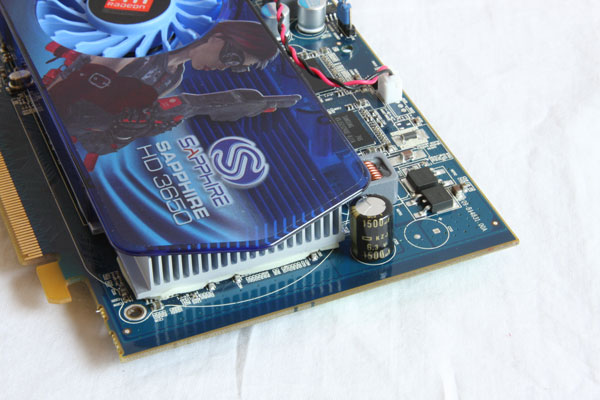 The Radeon HD 3650 is very easy on the power consumption as is evident by the lack of any external power requirements. 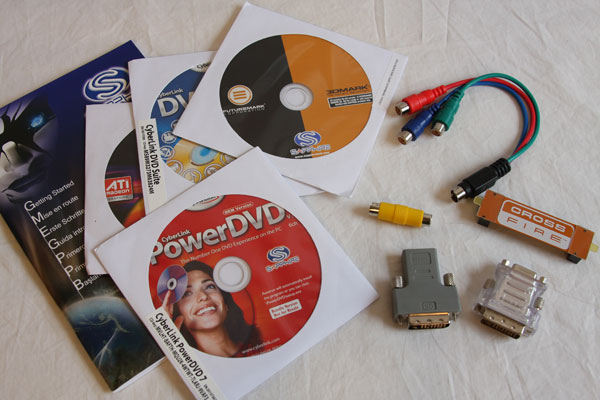 Sapphire has as good collection of extras in the box with such a low cost graphics card; you get a DVI-to-VGA and DVI-to-HDMI adaptor as well as the HDTV dongle we mentioned above and even an S-Video to composite video plug.  You get a single CrossFire cable that will allow you to pair this card with another of similar performance as well as some PowerDVD software and drivers.