I saw a post on Fudzilla that shows the first shots of a motherboard based on the AMD 790GX chipset – a product that hasn’t really made its official introduction yet.  The chipset offers most of the features of the 790FX chipset but with the added benefit of having integrated graphics on it as well; slightly better than the 780G platform that we were initially pretty impressed with. 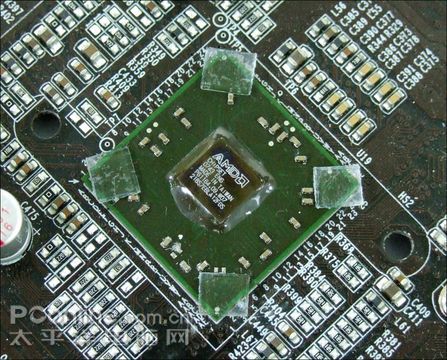 The Unika board uses a single 64MB DDR2 memory chip from Hynix and although this doesn’t sound like much, it adds to overall system performance, as the IGP doesn’t have to share system memory in Windows and the frame buffer is faster than sharing system memory when you’re playing games using the IGP. The 790GX seems to have been given an improved graphics core over thet 780G and it looks like it will go under the name of Radeon HD 3300.