Previously we have reviewed the VisionTek Radeon HD 3850 card, but how does its bigger brother compare to the competition from big(ger) green? VisionTek has been making a pretty significant push into the retail market as of late, and the HD 3870 is their mainstream offering in the $169 to $200 price range.

Previously I have reviewed the VisionTek HD 3850, which is the more budget oriented RV670 based part from VisionTek.  In it I had explored the past of VisionTek, as well as taking a good look at the technology behind the RV670 chip and what it brings to the market.  Today I am looking at the big brother of the 3850, and VisionTek has done a few things to differentiate it from other boards based on the reference design. 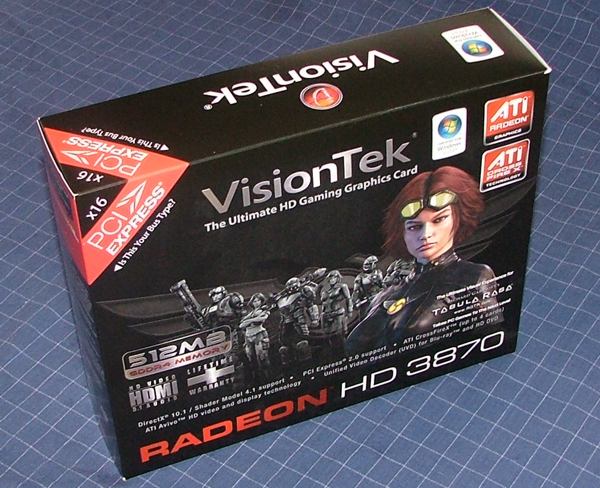 VisionTek has proven to be a scrapper in the North American market, and while they may not ship as many cards as their NVIDIA based Illinois rival, they are a trusted partner for AMD.  As such they have access to AMD’s graphics lineup and can develop products around these parts to get them to market quickly and efficiently.

The VisionTek HD 3870 is not a radical departure from the reference 3870 design, but the extras that VisionTek has thrown into the mix make it a more interesting purchase than most of the competition.  Throw in a bit of overclocking off the bat, and the VisionTek card certainly has quite a bit of appeal. 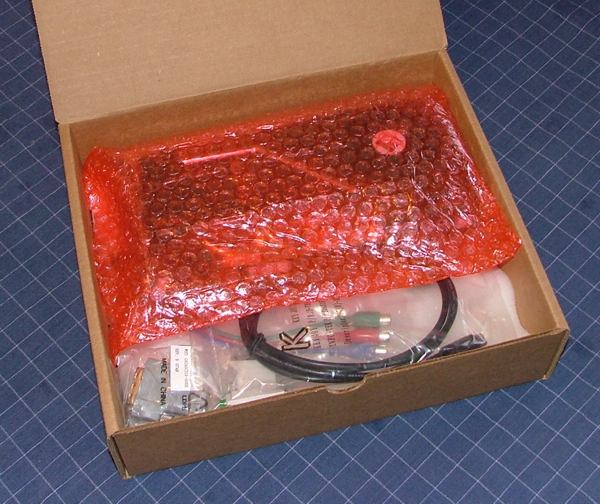 The card is not overly well protected, but it certainly arrived without any issues or damage.


The one big monkey wrench for AMD’s highest end single graphics chip card is the newly released NVIDIA GeForce 9600 GT.  While the overall performance in many games for this new part is very competitive to the HD 3870, there are a few wrinkles where the HD 3870 excels.  The one major advantage that the 9600 GT does have though is price.  Later on we can examine what may be best for users contemplating one or the other product for purchase.

Going over the base specs at least one more time is not going to kill anyone, so a quick refresh on the RV670 and how it fits into the HD 3870 is in order.

The RV670 chip is a 55 nm product produced by TSMC.  It has some 666 million transistors (hopefully not a sign of the end times) which contain 16 RBEs (render back ends), 16 texture address/filtering units, and 320 stream processors divided into 4 large SIMD blocks.  The chips also features UVD (universal video decoder) which can handle H.264 and VC-1 offloading with high quality post processing effects to improve video quality. 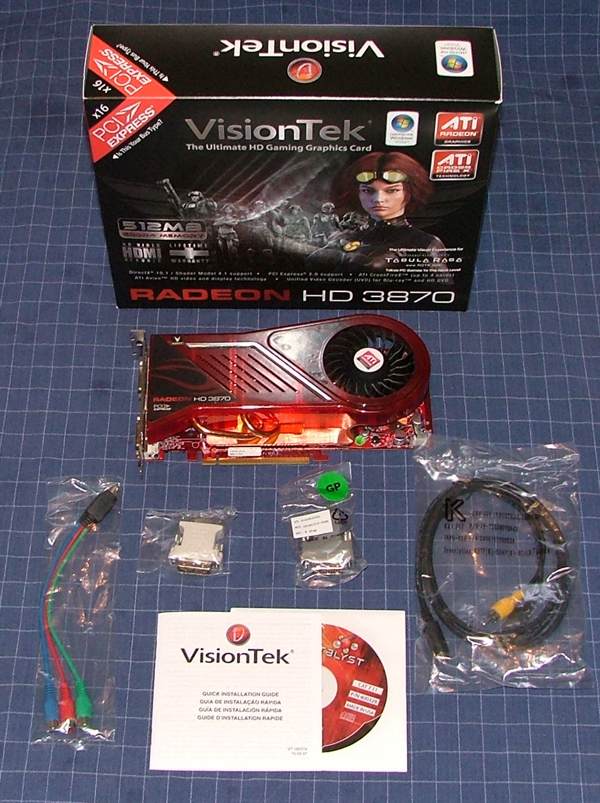 The contents of the box are fairly minimal, but enough for most users.  A second DVI to VGA adapter might have been nice, but considering the prices on LCD monitors as is… it is probably wise that they forewent including one.


While the chip is a math monster, it does have one large issue.  Anti-aliasing performance.  It does not use dedicated transistors to perform fast multi-sample color resolve, rather it utilizes the stream processors to do that work.  That unfortunately has a significant impact on performance, as the latency involved with sending the data to the SPs from the RBEs makes for a very slow chip when compared to NVIDIA’s fast G80 based architecture.  Overall fillrate is affected by the 16/16 RBE/Tex units as compared to the G80 architecture which can have up to 24 ROPS and 32 Tex units (though their overall functionality is not exactly the same).

This is not to say that the RV670 is a bad chip at all, because it is actually quite impressive considering the heat produced and the power draw of the product compared to how it performs.  Oh yes, and let us not forget the price.  When AMD introduced the RV670 based 3850 and 3870 products, they significantly undercut what NVIDIA had at the time… and outperformed those products at the price ranges they were introduced at.