The incredibly popular Raptor series of drives gets an upgrade today with the introduction of the Western Digital VelociRaptor 300GB hard drive. There is more to this update than just a capacity bump; performance gets a noticeable boost as well!

It might be said too often, but the fact bears repeating: your computer can only be as fast as its slowest component.  This is a sometimes hard to believe truth as you can obviously do some impressive Folding@Home computations without a great sound card but the intuitive result remains.  Without a doubt, the modern PC is held back by the fixed storage system more than another single component – hard drives are the last essential mechanical device left in the computer and the introduction of solid-state hard drives is finally making in-roads on platter-based storage systems we are all familiar with.

The storage system has been the sore toe that forced the PC to hobble for many years.  When Western Digital first released the Raptor hard drive in 2003 with a 10,000 RPM drive and a 36GB capacity it was the performance leader by a significant margin and became the darling of the computer enthusiast.  Western Digital followed that up with the 74GB model and the Raptor 150GB and Raptor X 150GB models in early 2006.  Even at its release the 150GB Raptor X had one stigma: it’s low capacity –  but it attempted to make up for it with raw speed.  We continue to recommend the Raptor X as the primary hard drive for our high-end and dream system leaderboards but always with the caveat that you would NEED at least one more storage drive.  And even WD’s own Caviar SE16 750GB was gaining ground on the performance of the Raptor series.

Today’s release of the Western Digital VelociRaptor is another in the series of impressive additions to WD’s enthusiast high-end armament.

The new Western Digital VelociRaptor hard drive is probably unlike any other consumer unit you have seen before.  In order to get the best mix of price, performance and reliability for the WD Raptor brand to make the jump to 300GB the team made a decision to not use the standard 3.5″ hard drive design. 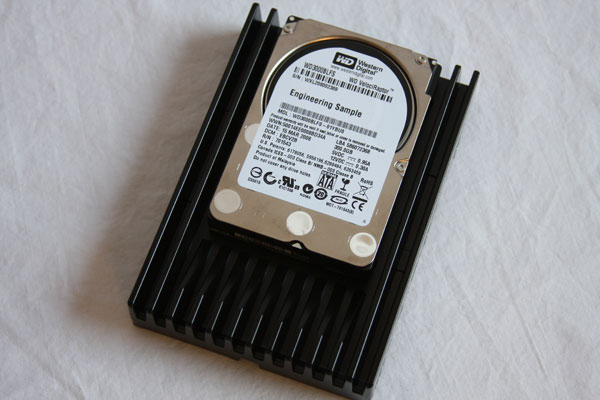 What you are essentially seeing in this photo is a smaller form factor hard drive mounted in a device to have it physically fit the standard 3.5″ drive bays we all know and use.  But I am getting ahead of myself; let’s first take a look at the raw specifications: 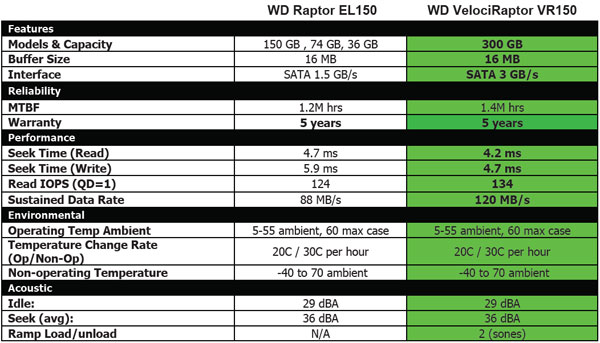 This table from Western Digital compares the new VelociRaptor VR150 series to the existing Raptor EL150 lineup and the list of changes is all we had hoped for.  The VelociRaptor is the first Raptor drive to use the SATA 3.0 GB/s interface and should substantially increase burst transfer rates.  The buffer cache remains the same at 16MB and of course the capacity has doubled to 300GB.  The performance numbers here (we’ll have lots of our own) show noticeable gains across the board moving from the pre-existing Raptor platform while maintaining the same level of noise and heat levels as its older brother.

The primary performance upgrade, at least listed on the table above, is the move from a SATA 1.5 GB/s interface to the new SATA 3.0 GB/s interface; a feature other WD hard drives have had for some time.  The VelociRaptor still spins at 10,000 RPM though and at first you might be wondering where all these performance increases might come from.  The answer lies in the age-old discussion of data density: since the VelociRaptor is essentially a 2.5″ drive, yet is still putting 150GB on each platter, the areal density of the units is quite high.  This allows the drives to outperform larger disks, with more spaced out data, even when spinning at the same speeds.

We’ll see as we dissect the hard drive on the next page how Western Digital was able to keep the heat at the same level or better than the Raptor X even while increasing speed and shoving it all into a smaller package. 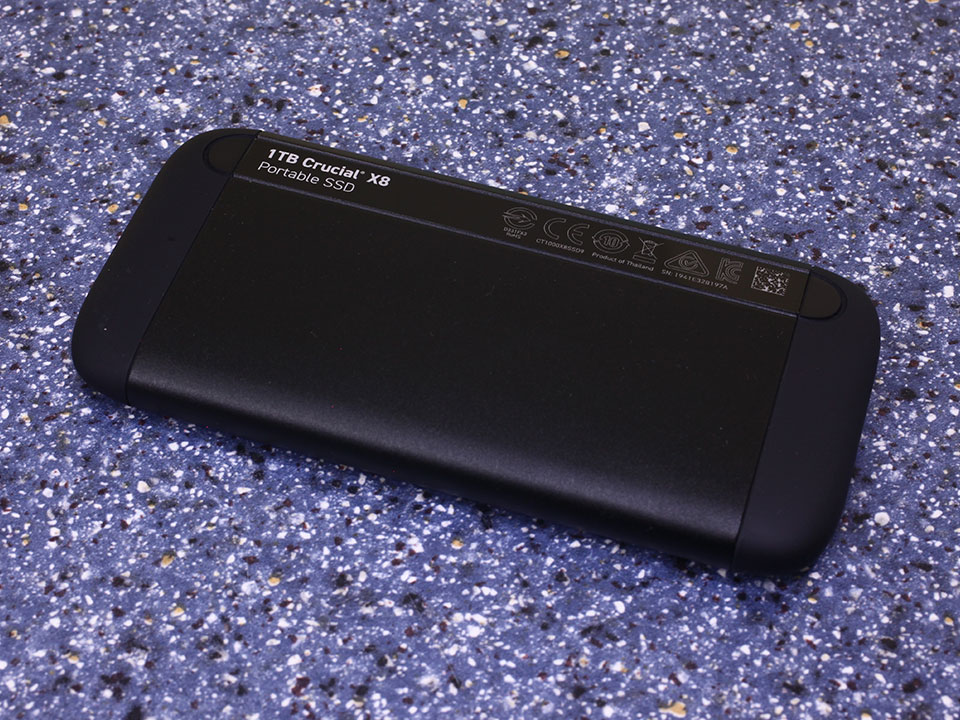