The rest of the system utilized the Asus M3A32-MVP Deluxe motherboard, 8800 GTX video card, 2 GB of Corsair DDR-2 1066 memory, and a 320 GB Seagate HD.  The system was set up running Microsoft Vista 64 Ultimate pre-SP1.  I utilized the ThermalTake 600 Watt PurePower to get the system chugging along.

Being a synthetic benchmark, we should see some pretty significant differences between the old and the new, especially considering quad cores vs. dual. 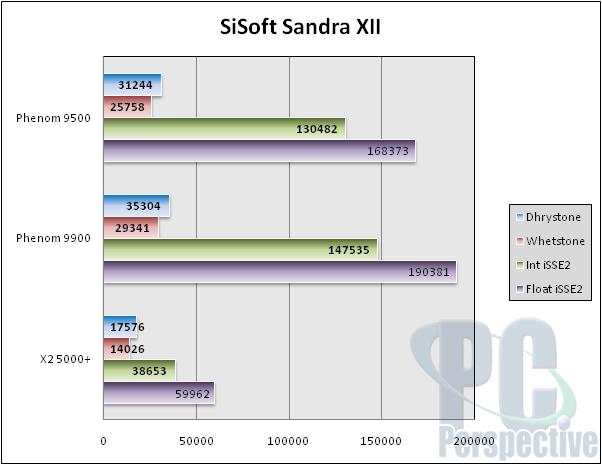 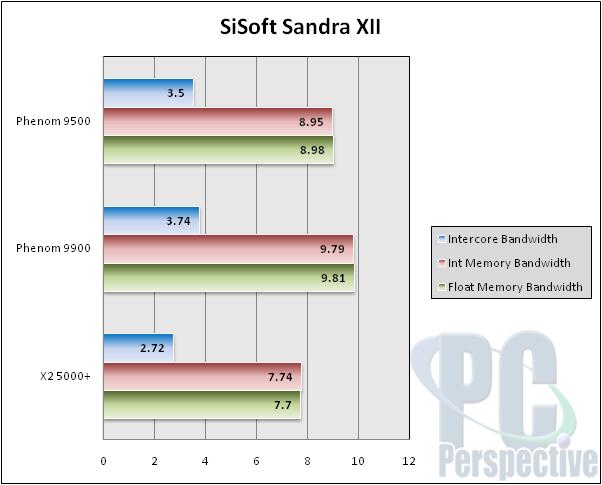 For being 300 MHz slower, the Phenom 9600 sure takes the older X2 5000+ to town.  Of particular interest is the memory controller which is putting out some fantastic numbers in terms of bandwidth.  The redone SSE unit also pays off big dividends in both integer and float SSE functions.

Though set for retirement soon from our stable of benchmarks, 2005 still posts some significant numbers in terms of differentiating products. 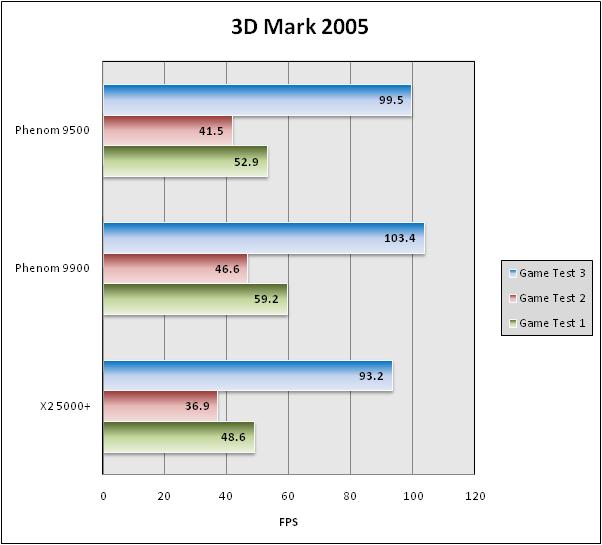 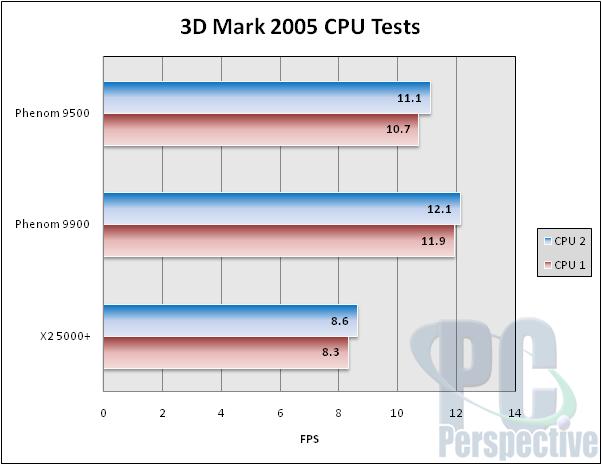 The numbers are certainly eye-opening.  Even when the Phenom 2.3 GHz is 300 MHz slower than the X2, it simply destroys it when it comes to performance.  3D 2005 is not as multi-threaded happy as later versions, but the differences are pretty astounding.  Looking at the Phenom 2.6 GHz, the performance difference becomes even greater.

The second latest iteration of 3D Mark is much more multi-threaded aware, and can take better advantage of multiple cores.  The differences should be even more pronounced. 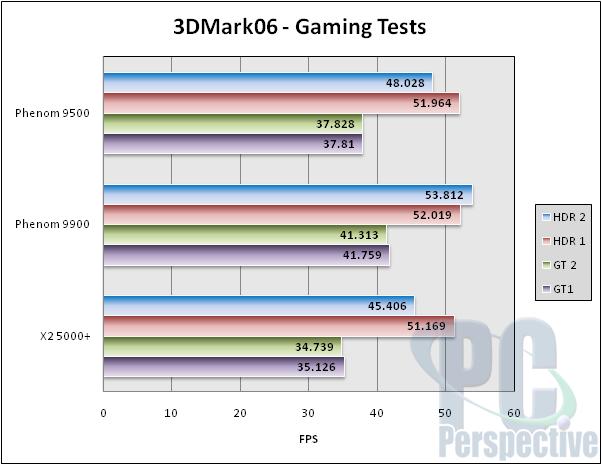 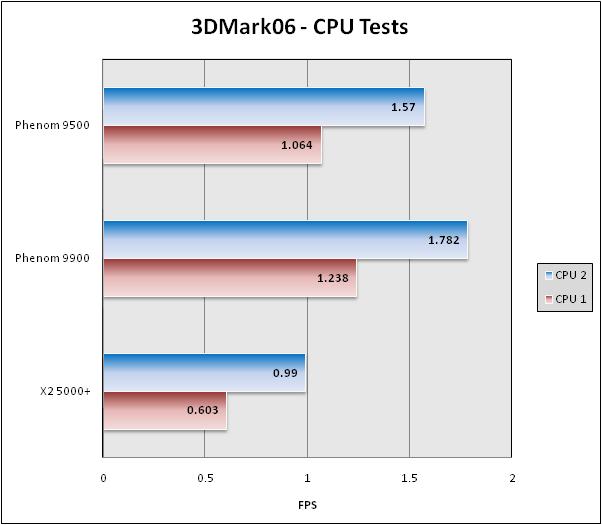 4 cores are greater than 2.  Not exactly rocket science there.  The CPU tests show the largest advances when going from X2 to Phenom, but even in the more GPU bound tests the Phenom still significantly outperforms the X2.