Board Design and Features (cont’d) 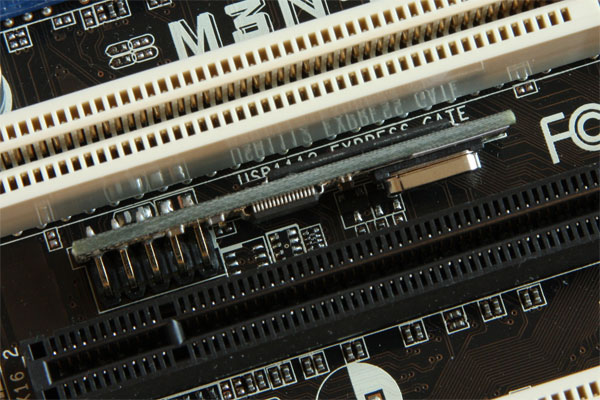 The ASUS M3N-HT Deluxe integrates ASUS’s custom Express Gate technology that enables the system to boot into a very fast version of Linux for quick access to a web browser, Skype and more.  You can read more about this technology in our previous review of it. 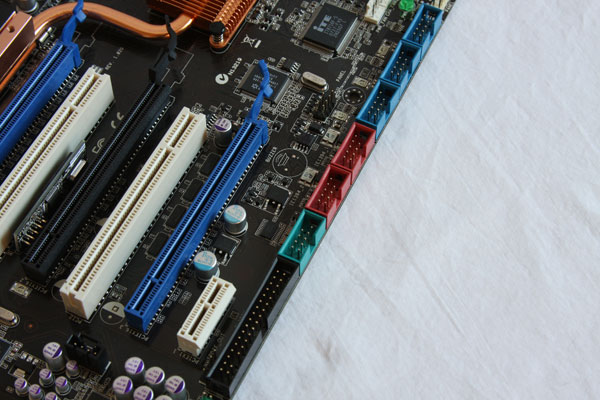 Along the bottom of the motherboard rests a long series of headers that includes the floppy connection on the far left and a COM port, Firewire and USB connections going to the right. 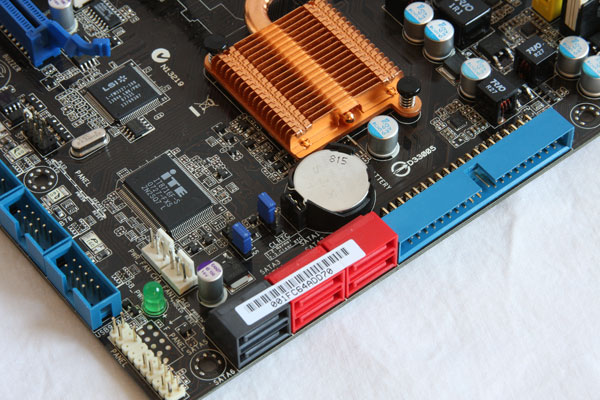 For data connectivity the ASUS board offers the full six SATA connections, all facing outward from the motherboard PCB to avoid any interference with graphics cards.  There is still a legacy IDE connection as well for all those optical drives floating around to this day. 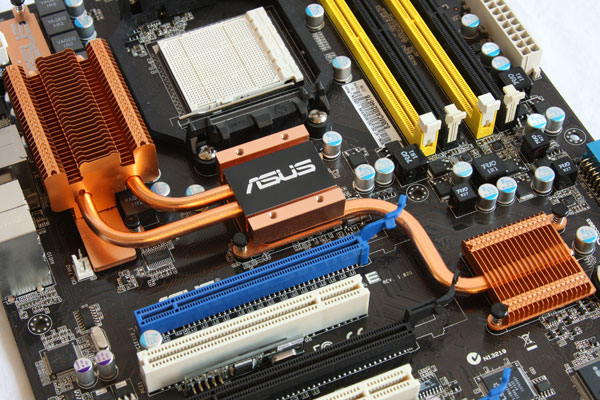 The heat pipe used to cool the two chips of the 780a SLI motherboard was actually a letdown.  While the passive cooling phenomenon has been a welcome one, in this instance the chipsets appear to be creating too much heat for the cooler to handle reliably on its own.  I had several instances of the system locking up at the POST screen while detecting SATA drives that were alleviated by placing the fan from included with the motherboard on the heat pipe fins.  For not doing any overclocking at the time the requirement was rather disappointing. 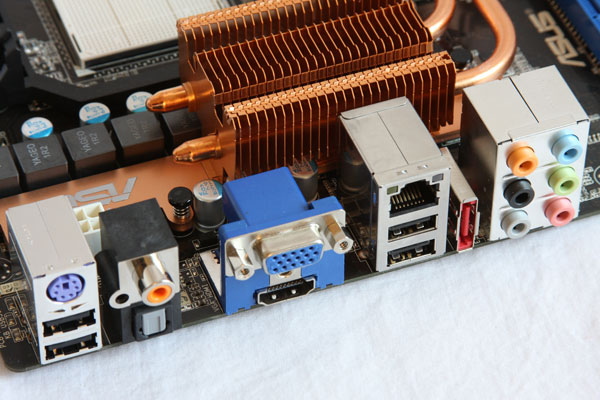 The external connections on the motherboard include four USB ports, two digital audio outputs as well as support for 8-channel analog audio output, one PS2 connection (keyboard only it looks like), a single Gigabit Ethernet port and an eSATA port.  There are also two video outputs – one analog VGA and one digital HDMI. 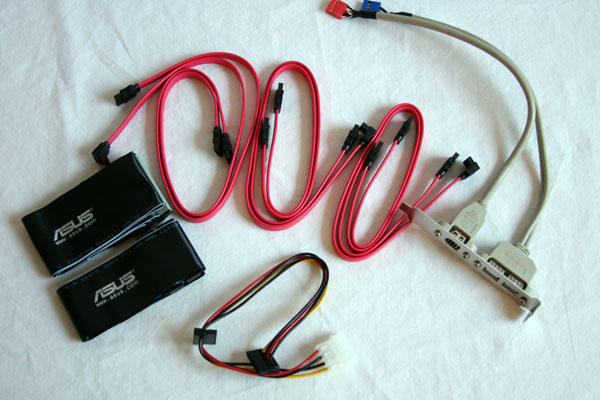 As for extras, ASUS continues to excel.  They have included a floppy cable, IDE cable, six SATA data cables and a dual SATA power adaptor as well.  There was one dongle included that allows users to connect two more USB 2.0 ports and one Firewire port to the back of the system. 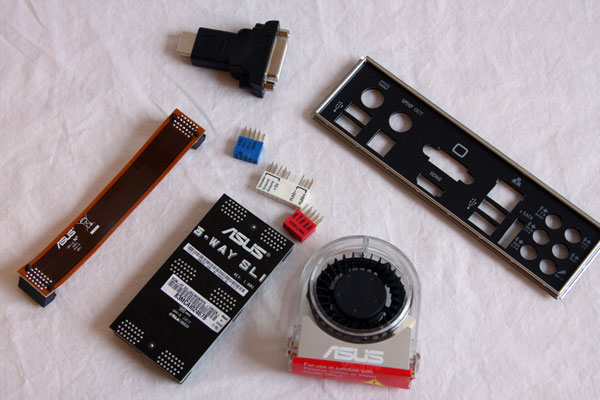 Also included in the box were two SLI bridges – one for standard two-card SLI and one for those brave enough to dive into 3-Way SLI.  The back panel plate is one of the easier to install, soft shielded types and the included fan (as mentioned above) will likely be necessary to install.  The HDMI adapter is actually an HDMI-to-DVI device rather than vice-versa – it’s required to connect a DVI-based monitor to your on-board graphics.

There was one more interesting accessory included… 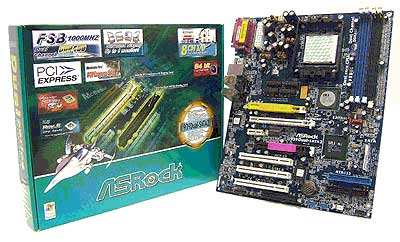