OCZ’s second solid state drive to hit the PC Perspective labs takes all the good features of the previous version while fixing those nagging sustained transfer rate issues. Could this be the SSD that makes you drop your hard earned cash?

Solid state drives are expensive; they have low capacities and are typically in the 2.5″ drive size that isn’t compatible with most modern desktop chassis.  But we still lust for them for one reason: speed.  As we have seen in our first SSD review the speed of these drives does not obliterate the top standard hard drives like most would expect, but in some areas the advantages of solid state drives are very apparent.

At the end of our first OCZ solid state drive review I promised a very quick update that would look at the SATA-II version; this review is just that.

This new version of the OCZ 64GB SSD brings support for SATA-II to a product that is otherwise identical to its predecessor.  Using a SATA-II interface the drive should see a notable increase in the average and burst read/write speeds that were pretty low and unimpressive compared to the seek times of original model.

The following description is from the original review:


To all outward appearances the OCZ 64GB SSD drive looks like just about any 2.5″ hard drive.  Drives of this size are typically used in notebooks rather than desktop computers though there is nothing holding you back from installing something like this in your own machine – though you might want a 2.5″ to 3.5″ adapter of some kind. 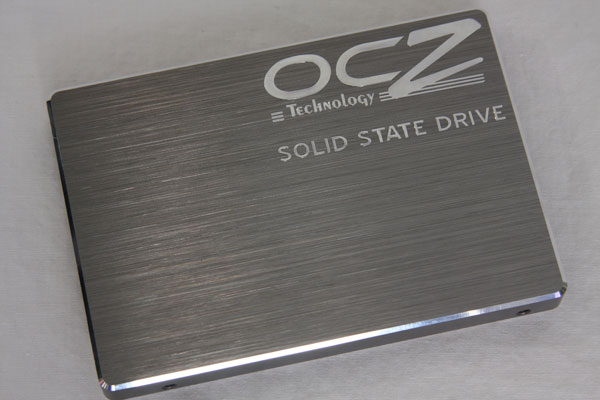 It’s definitely a nice looking hard drive, for what that’s worth.  The brushed aluminum exterior definitely lends itself to a high-tech look. 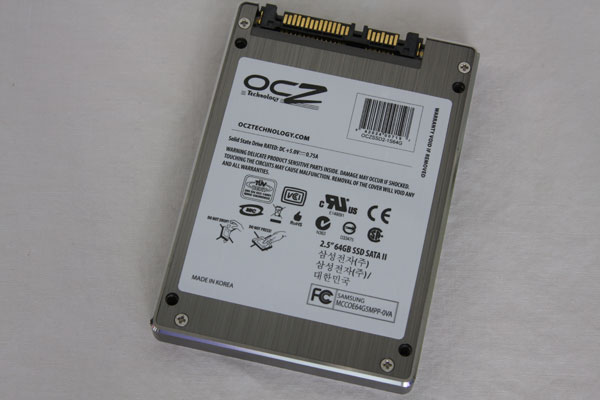 The label on the other side of the drive doesn’t have a whole lot of information: near the bottom you can see it as a 2.5″ 64GB SSD SATA. 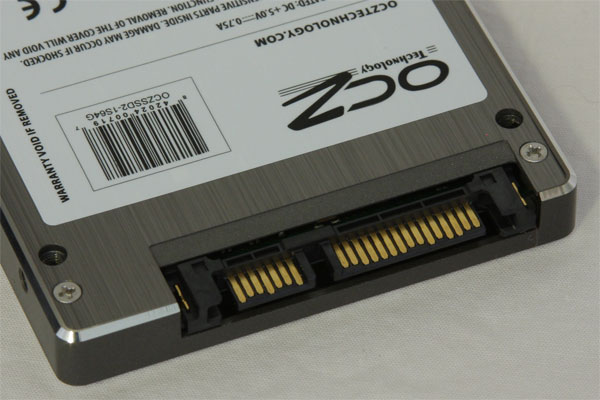 The connections on the drive are your typical SATA data and power plugs; they are properly placed for installation into a notebook computer where the power and data connections are fixed and don’t use adjustable cables. 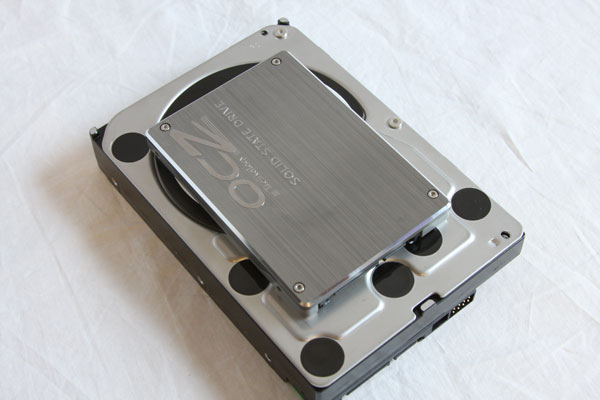 Note the OCZ SSD shown in this photo is the previous model – though nearly identical in appearance. 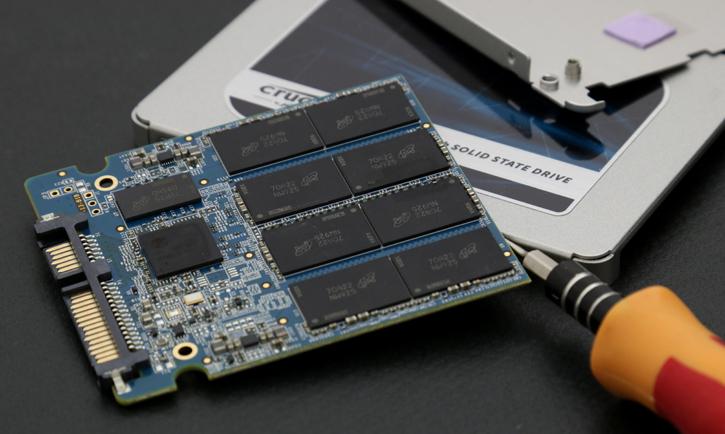