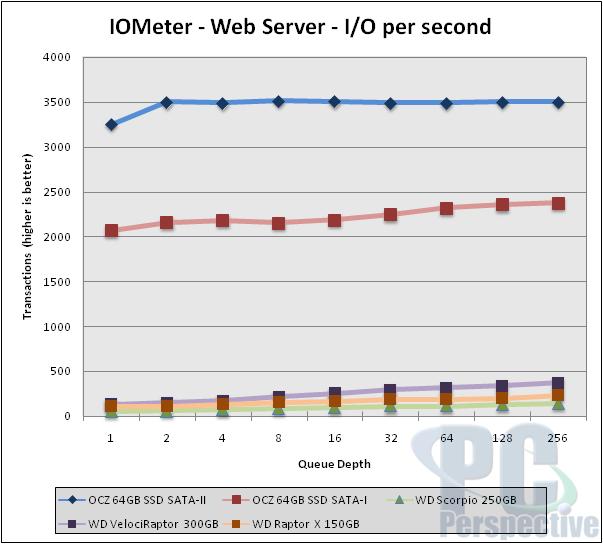 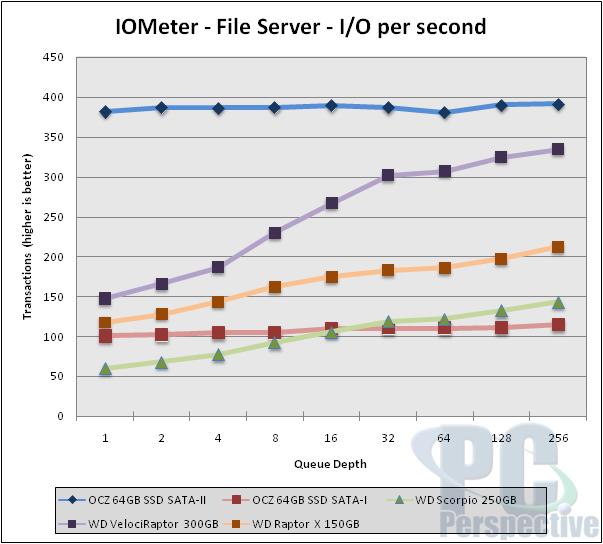 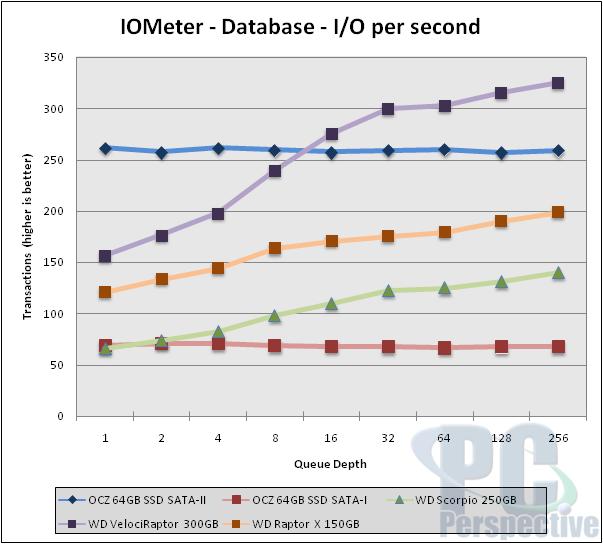 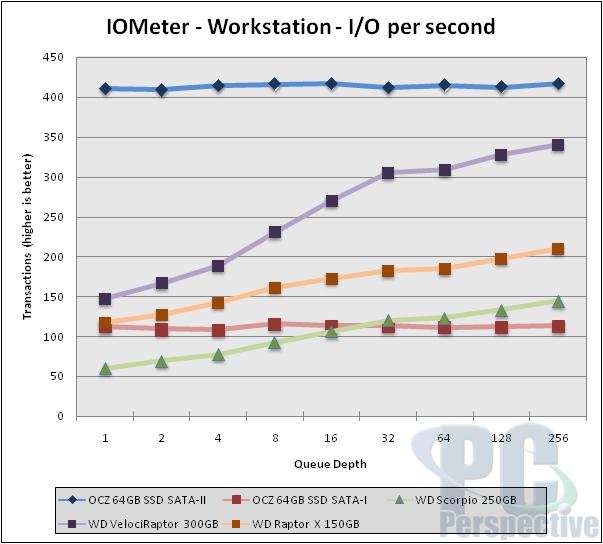 While the original OCZ SSD drive we tested came up fairly average in our array of IOMeter tests, the new OCZ 64GB SATA-II SSD has a MUCH stronger outing.  In terms of operations per second, the new SATA-II SSD revision dominates across all the scenarios including Web Server, File Server, Database and Workstation.  At the Database configuration the WD VelociRaptor drive does take the performance advantage past a queue depth of 16 but everywhere else the new OCZ 64GB SATA-II SSD is the top performer.