“Asus’ Eee PC has defined the budget subnotebook genre, serving up relatively low-end hardware that’s just fast enough in an ultraportable form factor with an affordable price tag. It’s a simple formula, really, and one that made the Eee PC an instant hit despite its small, low-resolution screen and a Lilliputian keyboard that really only works if you have the diminutive digits of a 12-year-old. Given the Eee PC’s instant popularity, it’s clear some folks are willing to live with some compromises to get a nice price on a teeny laptop. However, those limitations have surely turned off plenty of potential customers who were hoping for a budget subnotebook that was perhaps a little more, er, notebook-like.

If you’re looking for more screen real estate and room to type than the Eee PC provides, HP’s Mini-Note may be right up your alley. One of the first would-be Eee PC killers, the Mini-Note directly challenges the Eee’s weaknesses with a 92%-of-full-size keyboard and an 8.9″ display with an impressive 1280×800 WXGA resolution. The system also features and ExpressCard slot for broadband Wi-Fi users and support for standard 2.5″ mobile drives, should you require more than just a few gigabytes of storage capacity. Throw in a brushed aluminum chassis that would make Apple fans swoon and the sort of configuration flexibility you’d expect from HP, and the Mini-Note’s potential grows.

Targeted squarely at students, the Mini-Note looks on paper to be a more reasonable compromise than the infectious Eee PC—one suitable for a much wider range of computing tasks. But does it work in the real world? Read on for our in-depth look at HP’s first budget subnotebook PC.”

80 Plus, and what it means when it comes to PSUs 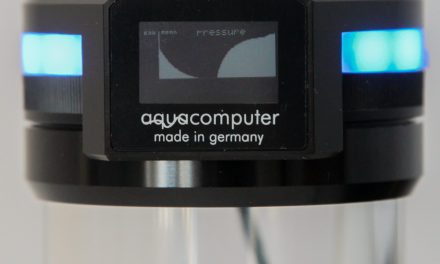