Despite rumors to the contrary, Gigabyte says they have a retail-ready motherboard and CPU combo (the processor is soldered on the motherboard) based on Intel’s Atom platform. 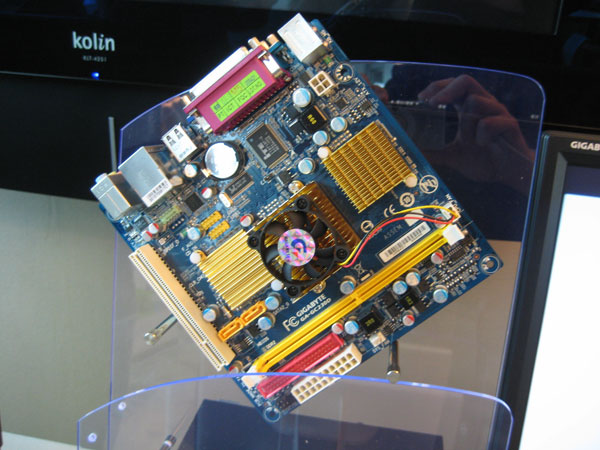 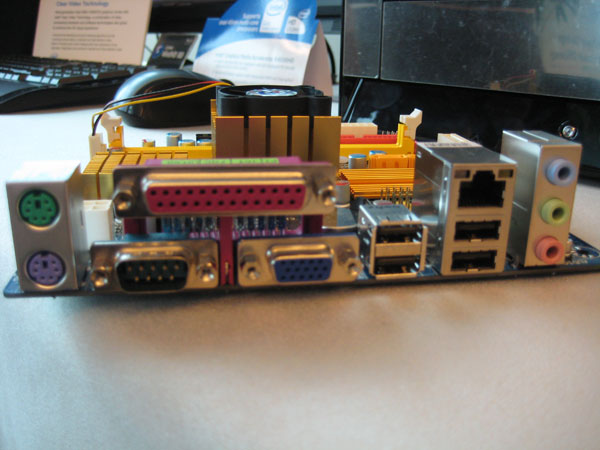 The board is a mini-ITX form factor; yes the very same form factor that VIA created and promoted for YEARS before getting any recognition from Intel this week.  In fact, I was told from another source that Intel tried desperately to create a separate standard for their Atom branded products but they were met with a lot of resistance from vendors and OEMs that had already built products around mini-ITX.

The motherboard itself is pretty sparse – only a single PCI slot, a single DDR2 memory slot, one IDE and a couple of SATA connections for storage and VGA-only output.  It interesting to see that Intel is purposely holding back the designs of Atom motherboards by NOT ALLOWING them to add PCI Express, DVI output and other high end features; Intel doesn’t want the Atom line to cannablize their Celeron-based desktop sales that are already make them a lot of money.  This is forced product segmentation at its best (or worst) and it isn’t the only accusation about Intel and bad business practices floating around the show…more on that later.

The good news is that you WILL be able to buy this board in a retail package from the normal sources and build yourself an HTPC or similar style of computer if you wish.  It also means that we’ll have ample supplies to test performance as well.