For this little experiment, I wanted to see how the move from a dual-core Intel X6800 based testing platform to a quad-core Intel QX6850 would affect our SLI gaming scores.  This is both an exercise for our readers as well as ourselves, to see how upgrading out test beds is going to affect scores overall.

I ran some tests with Bioshock, UT3 and Crysis. 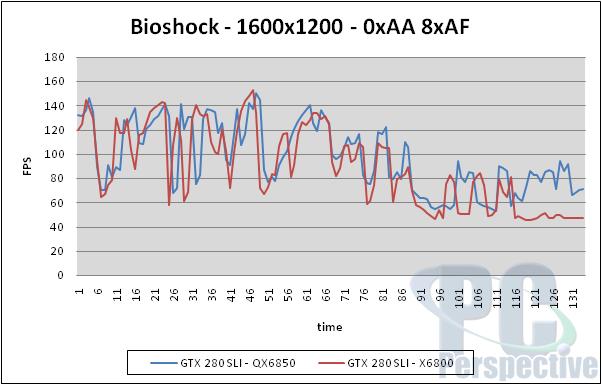 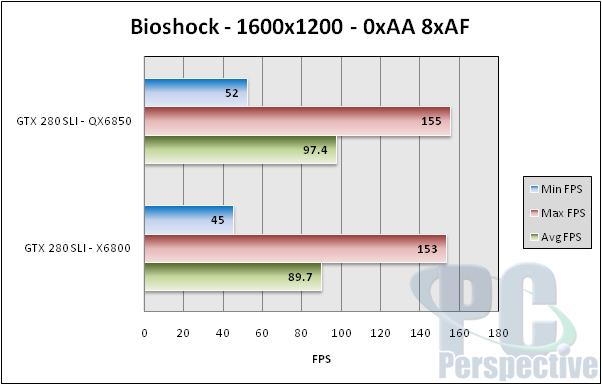 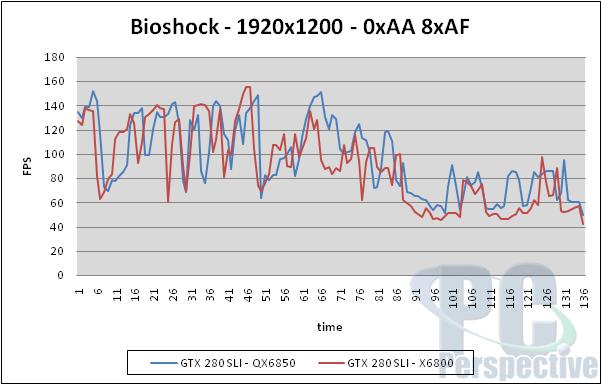 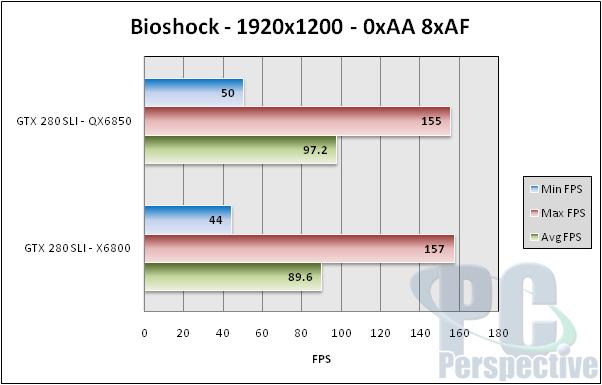 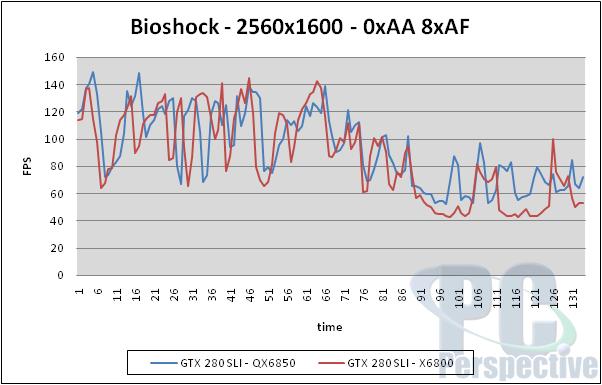 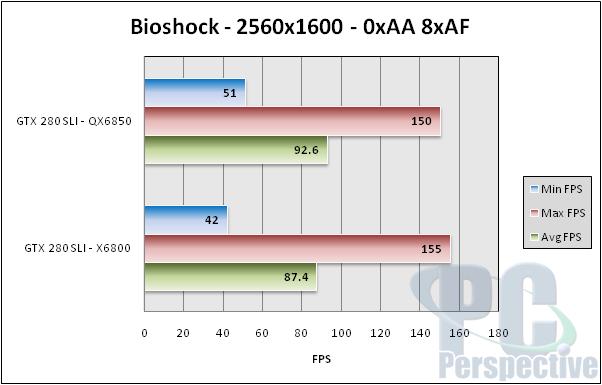 In Bioshock you can see that the move from a dual-core to quad-core system had just about zero effect on gaming overall – something else is obviously holding back our GTX 280 SLI performance. 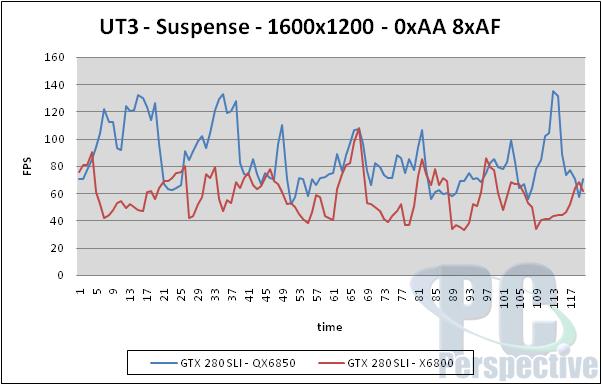 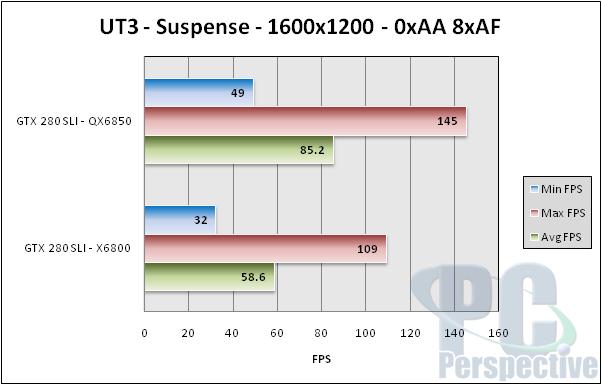 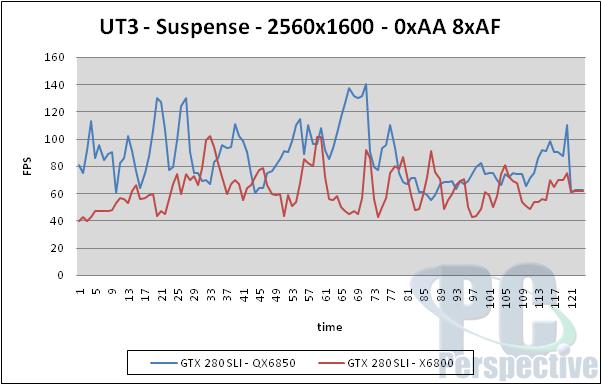 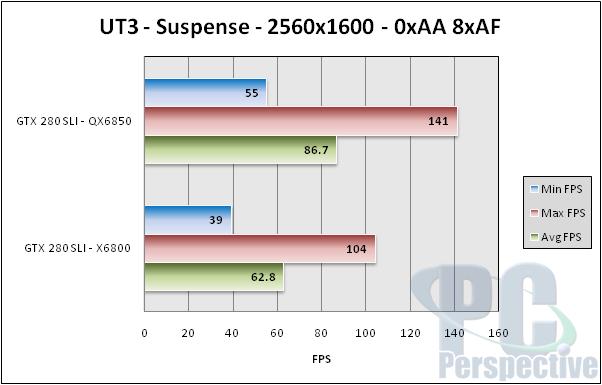 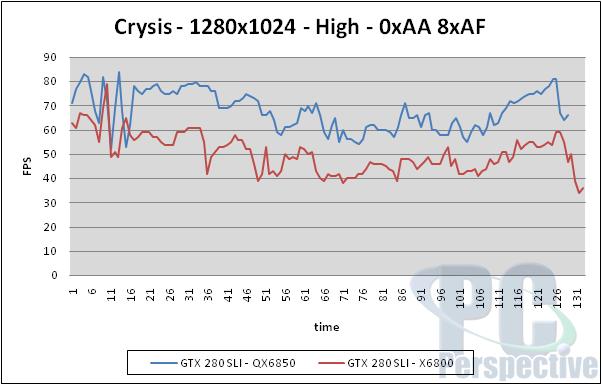 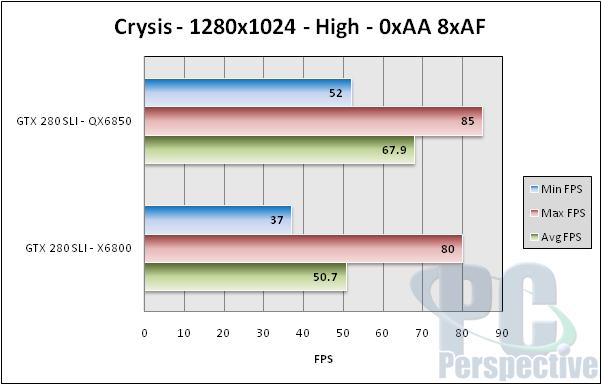 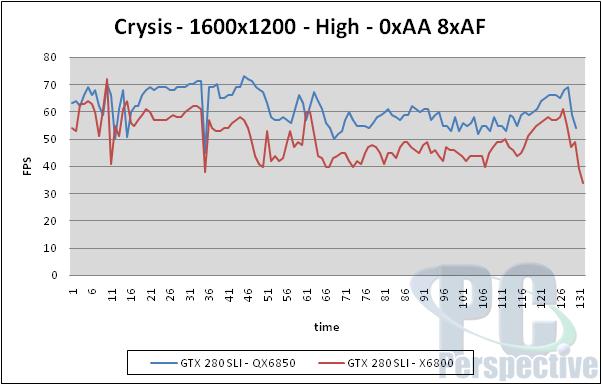 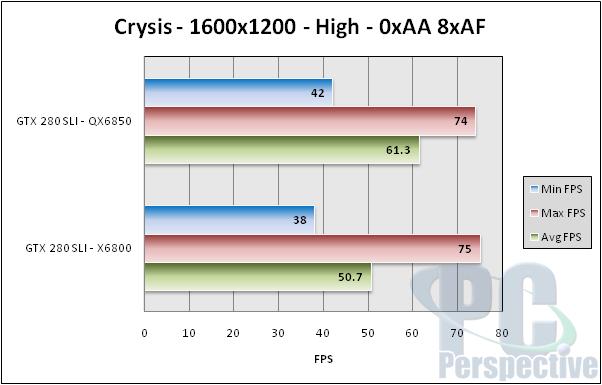 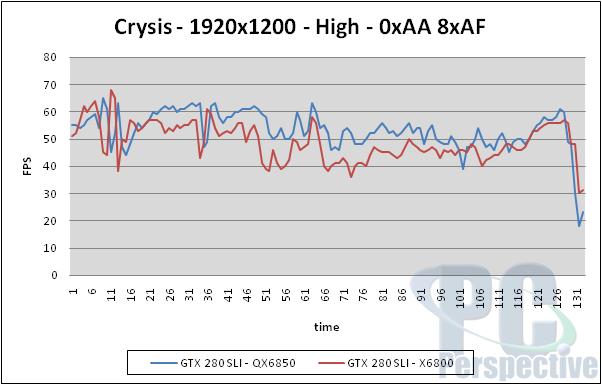 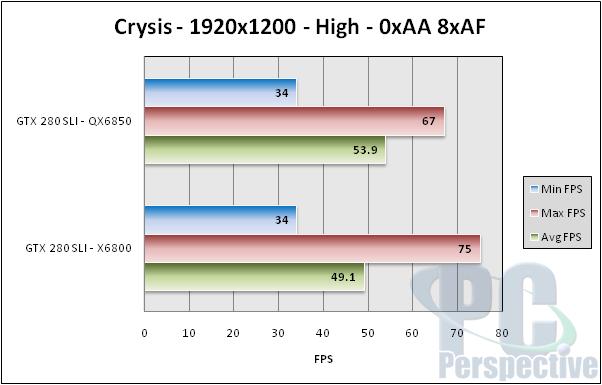 The Crysis results are interesting: at 1280×1024 the quad-core CPU makes a very large impact in performance, increasing our average FPS by 33% and the minimum FPS by even more.  As the resolution increases to 16×12 and 19×12 that differences gets shrunk quite a bit until at 1920×1200 the quad-core is only 9% faster than the dual-core.  Obviously since we boosted the CPU speed a bit the adding horsepower allowed the graphics cards to stretch a little bit further, just not past that 19×12 setting when the GPUs again become the bottleneck.