For our testing, we’ll be using the slightly overclocked BFG GeForce GTX 280 OC 1GB card in our single GPU tests, a combination of it and a reference card for 2-Way SLI testing and a reference GTX 260 card for single GPU testing as well.  Our graph style (with line graphs, etc) requires us to limit the number of cards we display at once to four, so we had to make several sets of graphs to show you here. 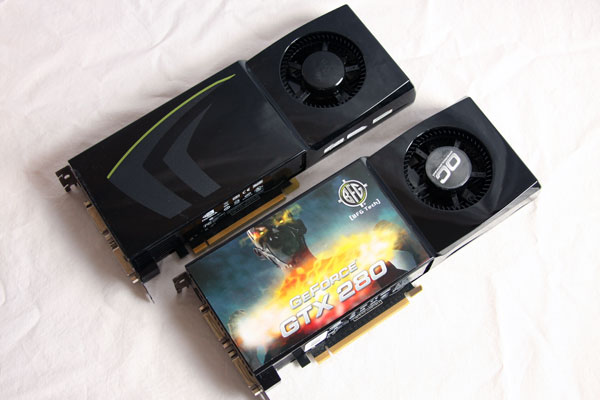 We’ll also take a look at SLI performance with the GTX 280 and will compare it to a pair of 9800 GTXs and three 9800 GTXs in a 3-Way SLI configuration.  Also because we saw some interesting results towards the end of our testing, we’ll be showing you how GTX 280s in SLI scale when moving from a dual-core CPU system (our default test bed up until now) to a quad-core processor.