We’ve been getting some feedback from readers about our GeForce 9800 GTX+ news and revelation that it is indeed a 55nm part – not simply an overclocked version of G92.  Here are some various forms of proof: 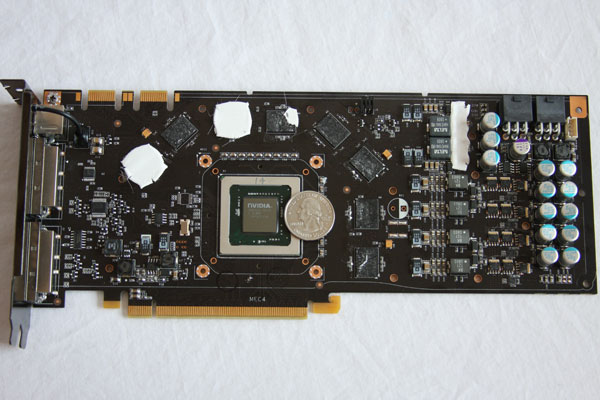 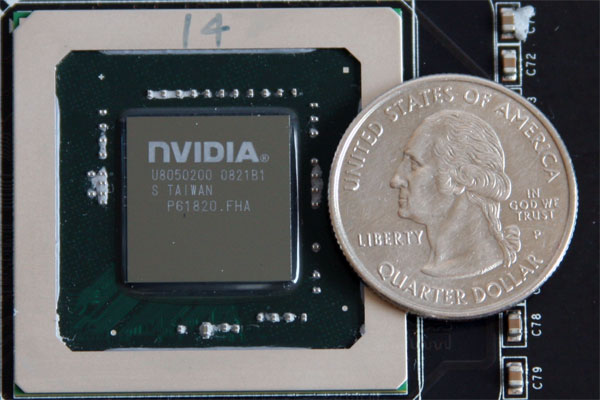 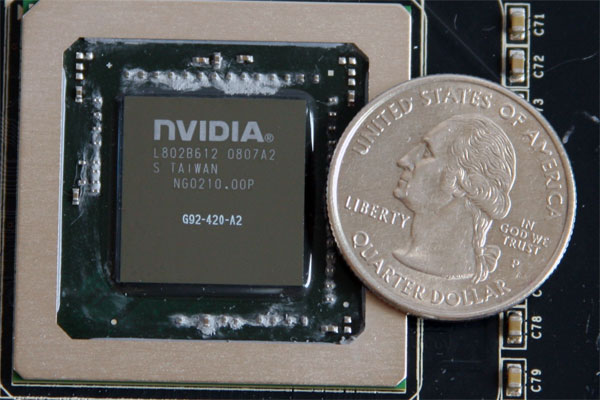 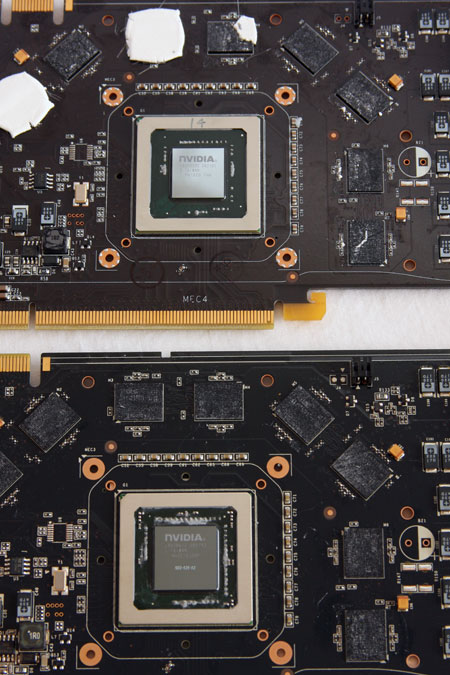 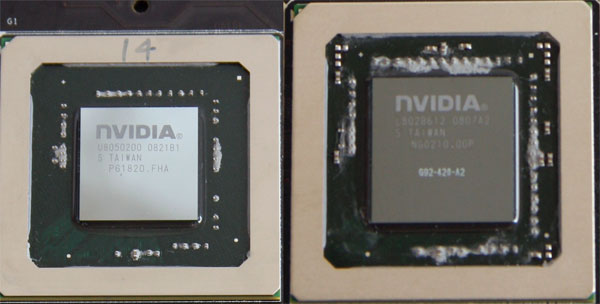 A little photoshop action putting them side by side; 55nm on the left, 65nm on the right

So that seems pretty complete for a pictorial guideline, right?  The real question you might be asking is why would NVIDIA NOT want to push the point home about the 9800 GTX+ being a 55nm part?  Obviously there are some advantages to it: lower power, less heat, faster clocks (obviously).

My guess is that the marketing team at Big Green didn’t want to one-up the recently released GT200 parts – some people might assume that singe it was built on the 65nm process while the new 9800 GTX+ is on the 55nm, that the GT200 would be inferior in some way.  As we saw in our performance review of the GeForce GTX 280/260 cards, that’s obviously not the case but I can see how some readers might make that conclusion.

From what I heard while at Computex about this part, NVIDIA wasn’t sure about releasing it even as late as a couple weeks ago.  NVIDIA was probably using the 55nm shrink of the G92 core as a “practice run” of sorts for 55nm production and design but then was impressed with the results they got back from the fab.  The, with the help of some pressure from AMD with the HD 4850 and HD 4870 launches next week, NVIDIA decided to pull the trigger on production.

I will be curious to see how the 55nm transition of the GT200 part goes, if NVIDIA will try to make significant modifications in the design before production or simply attempt to ramp it up ASAP to help with costs and yields.