AMD let us spend some time with an R700 – yes that means the dual-GPU RV770 card is nearly here! This is not the official launch yet, but the card is just around the corner and AMD was excited to show off its performance. It looks like the GTX 280’s reign was short and sweet…

Not too long ago the idea of a multi-GPU graphics card seemed taboo and brought about a lot of negative connotations with it.  The GeForce 7950 GX2 was the first in the modern NVIDIA/ATI era and some board partners went in other multi-GPU directions until the Radeon HD 3870 X2 was released.  We took the 3870 X2 as an answer to NVIDIA’s high end cards because the company didn’t have a single GPU that could compete with the competitions parts on its own; something of “we need answer” product.

Today’s preview of the HD 4870 X2 card from AMD proves that this time AMD was planning ahead.  Our review of the RV770-based Radeon HD 4850 and HD 4870 cards showed the new GPU architecture to be very potent indeed and NVIDIA is very scared of what the dual-GPU version, known as R700 previously, would do to its line of cards.  Today we were allowed to post a short “preview” of the card’s performance and I have to say you will likely be impressed.

The Radeon HD 4870 X2 card is AMD’s answer to NVIDIA’s flagship GTX 280 card in terms of pricing and placement.  Even though NVIDIA recently dropped a bomb and lowered the price of the GTX 280 from $649 to $499, the estimated pricing we have seen for AMD’s card is in the “>$500” range and will likely fall on the lower end of that open-ended range now.  Isn’t competition a wonderful thing?

In our email about this preview AMD asked for us to “keep this high level and not go deep on the architecture” since they were “leaving something for the full NDA” at a later date.  Hmmm….okay how’s this:
That pretty much tells the picture, but we’ll include some of these here as well. 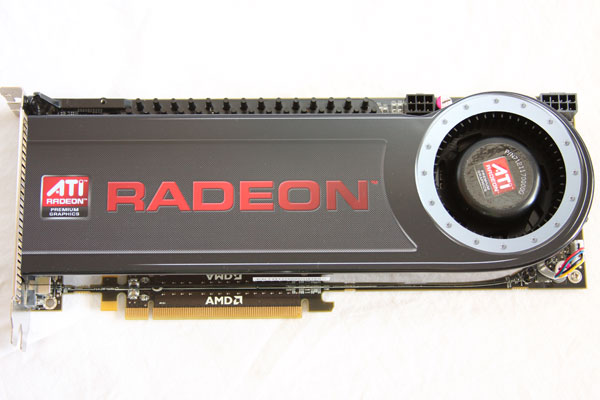 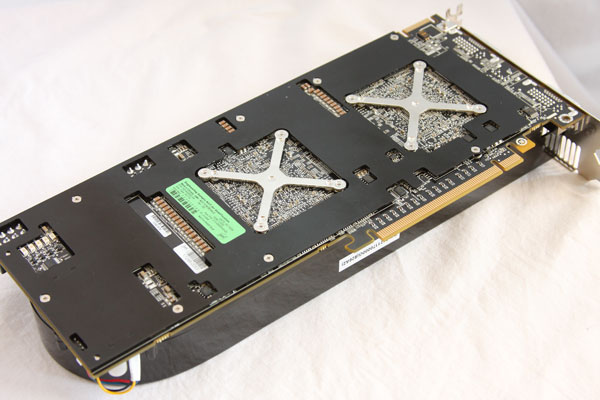 While note completely enclosed like NVIDIA dual-GPU cards, the back of the card has a thing metal heatsink plate that, coupled with the all-black look of the PCB, etc, is actually pretty cool looking. 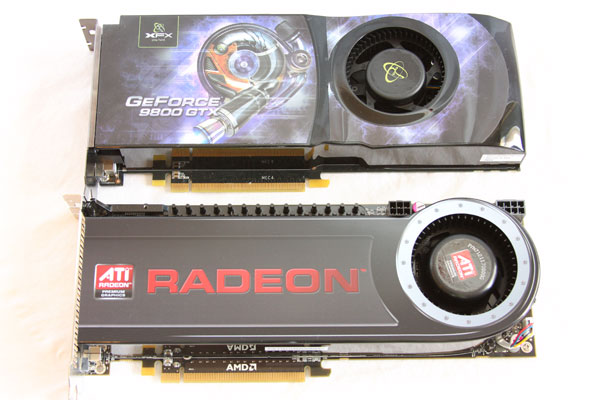 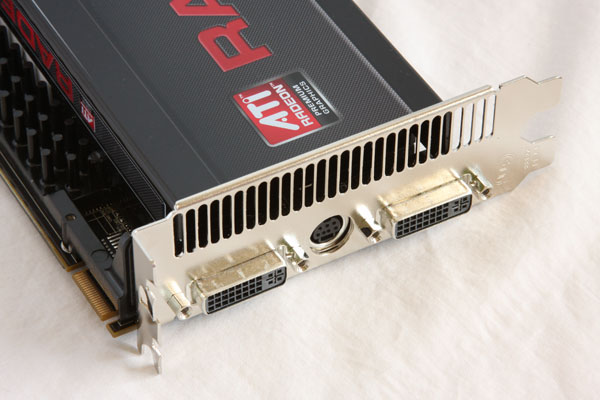 There are two dual-link DVI outputs that support the DVI-to-HDMI adaptors and audio output, as we have seen on AMD’s cards since the arrival of the R580. 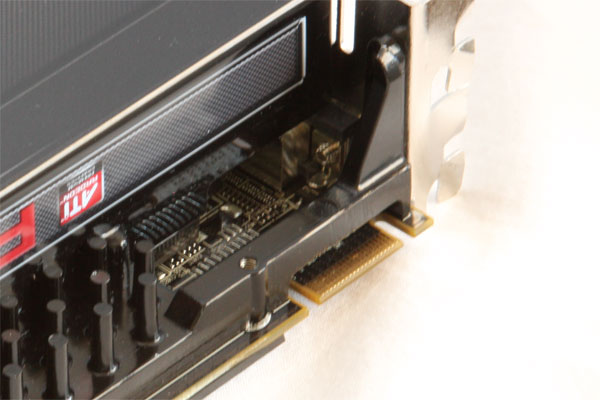 There is just a single CrossFire connector on the HD 4870 X2 card that will allow you to connect either one or two single GPU HD 4870 cards or one more HD 4870 X2 for quad CrossFireX support.  Unfortunately we only got a single card for this preview so testing quad was out of the question for now. 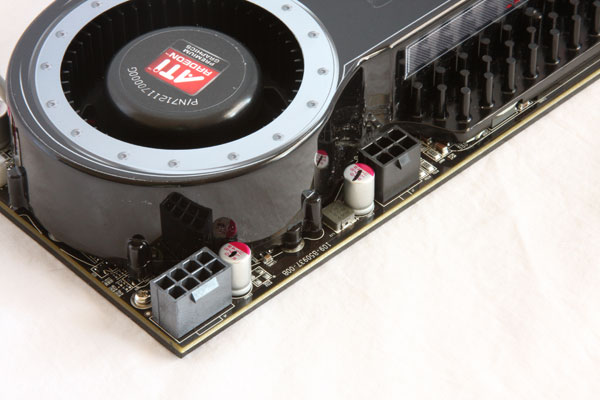 Unfortunately, AMD was forced to return to the 8+6 pin PCI Express power connection configuration for this dual-GPU design. 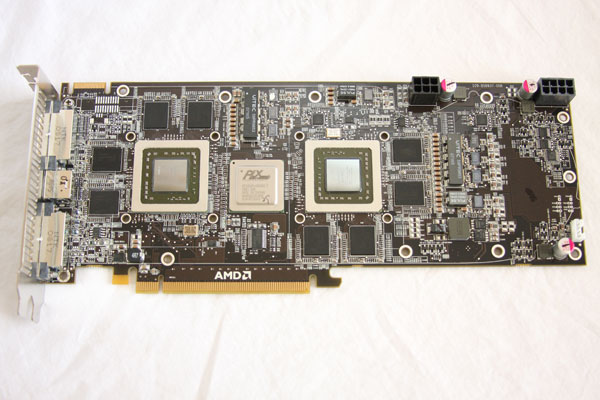 Ripping the heatsink off the card (gently) reveals the three logic chips that make all this magic happen – two RV770 GPUs and a PLX PCIe v2 bridge chip. 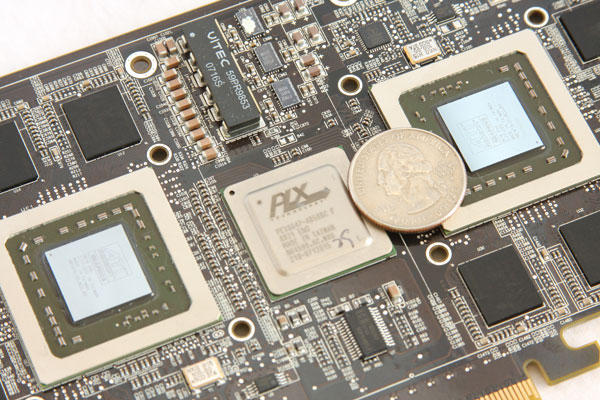 Here is a nice tech-porn shot you with the obligatory Washington in the middle of the action for sizing. 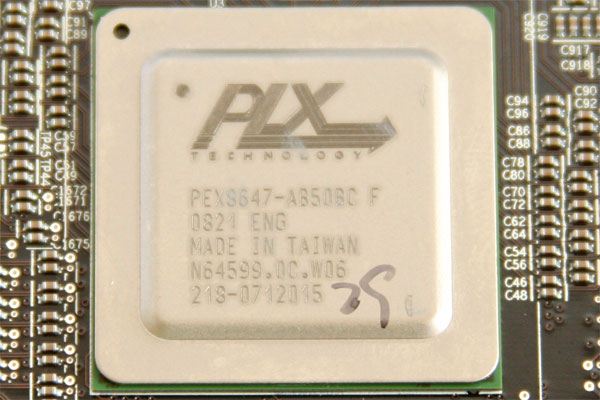 The PLX chip that AMD used on this board is the PEX8647. 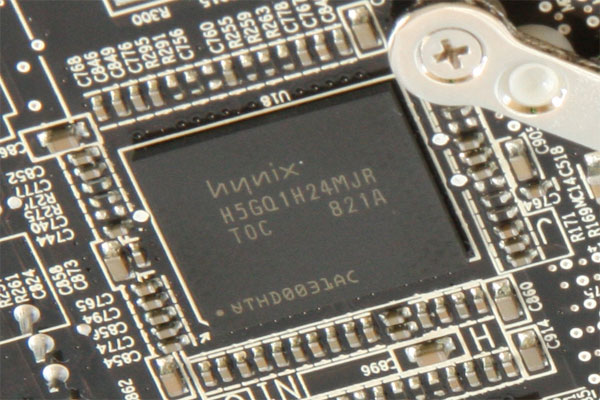 The memory chips are Hynix GDDR5 modules rated at 4.0 Gbps and 1Gb capactiy – 8 per GPU.