Another entry into the overclocked and custom cooled graphics card from BFG is this new 9600 GT model. 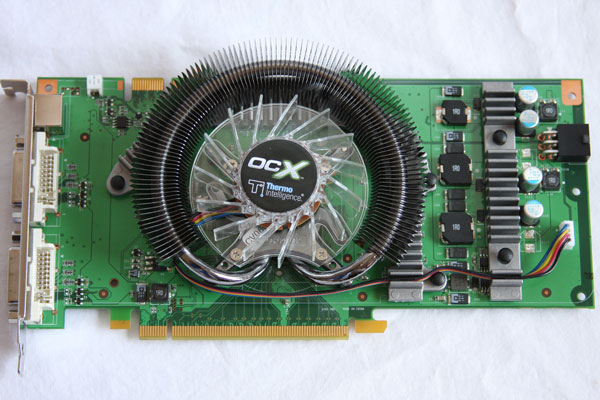 In nearly all aspects, the 9600 GT looks identical to the 8800 GT card – they are using the same cooler as well having very similar board layouts. 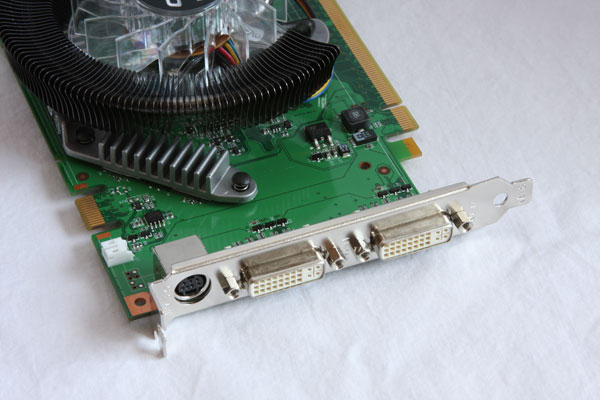 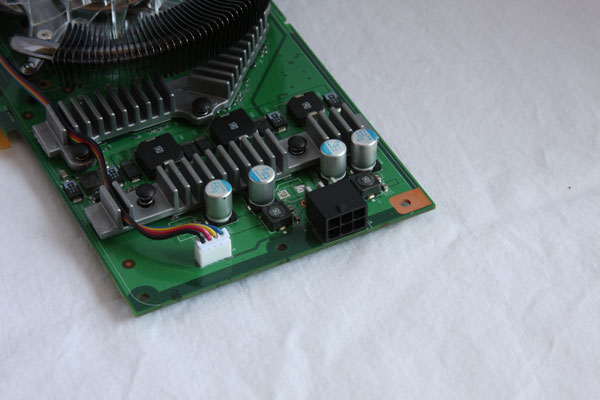 And the 9600 only uses a single 6-pin power connection as well. 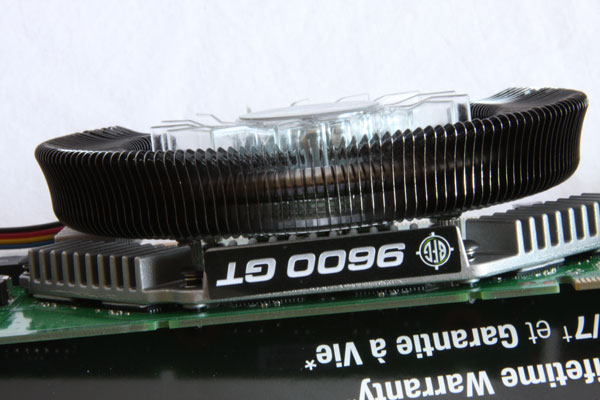 The 9600 GT model also uses the same custom cooler and thus will take up enough room for two case slots. 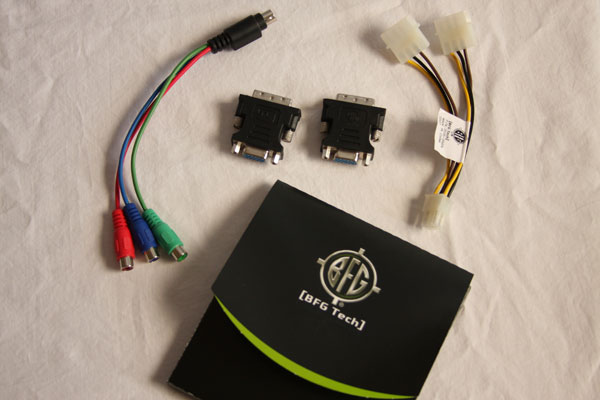