Ars Technica spoke with nVIDIA about the rumours surrounding the problems with their next generation of G84 and G86’s.  nVIDIA believes that the increased rate of failure is limited to notebooks only, and a limited number of those.  Not only is the problem very limited, but it will only occur in specific configurations and they have already released a software update that will increase the speed of the fans that cool the effected chips; problem solved.  On the other hand, all these chips are made from the same ASIC, mobile and desktop, so it seems a bit strange that only some notebooks and no desktop cards at all.

Then HEXUS picked up on a new update to the long ongoing antitrust case, so long ongoing that It was originally filed against ATI and nVIDIA, now AMD has inherited it. It turns out that there is an email from nVIDIA SVP of marketing, Dan Vivoli, to Dave Orton, CEO of ATI at the time about working together to change the graphics card market and hint at raising the value of their companies stock.

How far do you trust your friendly neighbourhood graphics card manufacturer?

“If the various claims The Inquirer has leveled at NVIDIA are true, the company hasn’t just dodged blame or trashed its suppliers, but may well have committed financial fraud. Lying to the SEC and filing an expectation of a $200 million charge when the company knows the actual expense will be much higher is not something the Security and Exchange Commission will look kindly on. Frankly, it’s not worth the risk.” 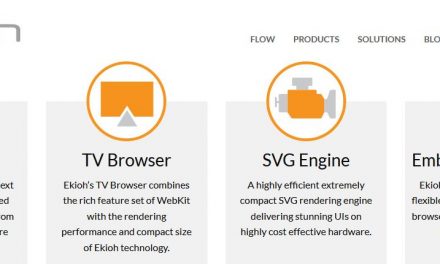 Work In Progress; Check Out The Flow Browser Engine