The Zalman ZM750-HP power supply is rated for a combined, continuous output power of up to 750 watts at 50°C operating temperature (internal case air temperature).  That’s important as some less reputable manufactures limit their power supply’s advertised capacity by specifying a lower operating temperature (25°C) in the fine print.  The PSU includes universal AC line input (automatically adjusts the AC line voltage) and active PFC, which makes the unit more environmentally friendly to the local power grid.  The ZM750-HP PSU is 80-PLUS certified and was designed to provide up to 86% efficiency (@230 VAC). 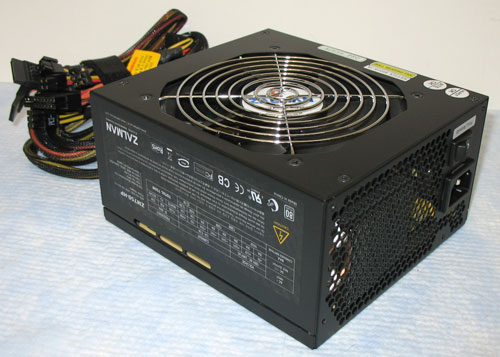 Zalman has elected to use four +12V rails instead of delivering a single, large +12V output as many newer power supply manufacturers are electing to do.  This is accomplished by implementing current limiting circuits into the design to conform to the 240 VA maximum guidelines – no single output should exceed 240 VA (12V x 20A = 240 VA). 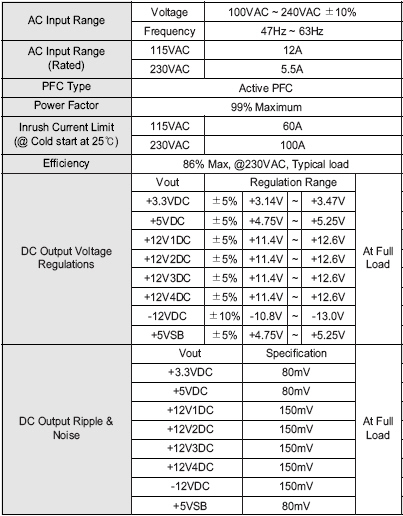 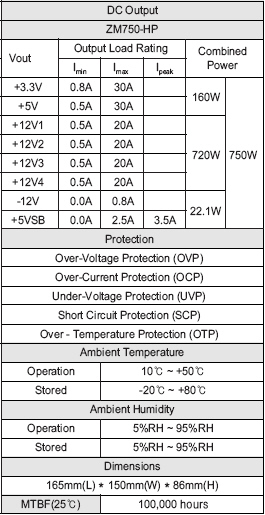 The Zalman ZM750-HP power supply uses a copper heat pipe to transport heat from one of the main heatsinks over to an array of aluminum fins that are cooled by air exhausting out the back of the power supply.  Zalman isn’t the first company to use heat pipes to help cool a power supply.  Both Silverstone and Thermaltake used heatpipes in their fan-less PSU’s several years ago.

A heat pipe is a highly efficient conductor of heat and using one in this manner greatly increases the effective surface area of the internal heatsink.  A properly constructed heat pipe has a very low thermal resistance, which is roughly independent of its length (unlike ordinary metal rods whose thermal resistance increases with length).  Heat pipes are commonly used to transport heat from one location to another. 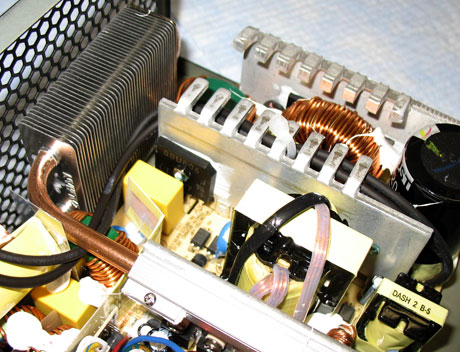 The vaporized fluid then condenses back to liquid (cold-end) and the heat is dissipated into the air from the metal cooling fins.  The working fluid returns to the hot end via capillary action thru an internal wicking structure (sintered metal coating, fine wire mesh, or grooves) so the heat pipe does not have to rely on gravity to recycle the working fluid.  The key to a heat pipe’s high efficiency is the working fluid’s latent heat of vaporization. 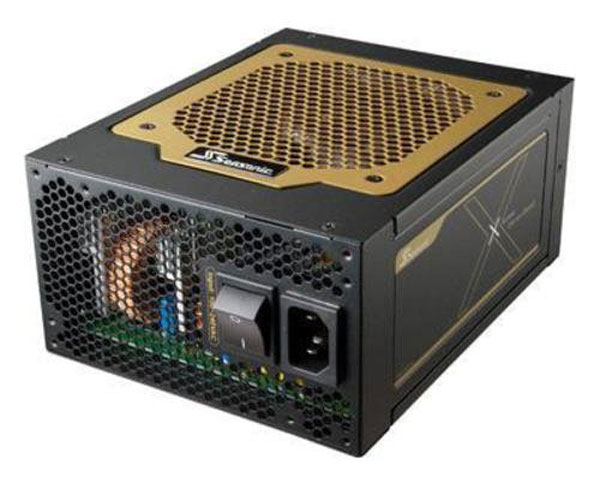 Watching TV with a little depth to it