The P45 is still a fairly new chipset on the market. With this in mind, I will mainly be focused on comparing this board to two other boards based on the P45 chipset. The ECS P45T-A will be compared performance wise with the GIGABYTE GA-EP45-DS3R, and the GIGABYTE GA-EP45-DQ6, both are P45 based products. By doing so, we will insure that the ECS P45T-A is up to par performance wise, with other P45 products on the market.

A Intel Q9550 CPU was selected as the test CPU, because its based off of Intel’s latest 45nm process, and a Quad core tends to stress the power regulation of the board more than a dual core equivalent. Its also a good check for overall compatibility with Intel’s current Quad core lineup.. 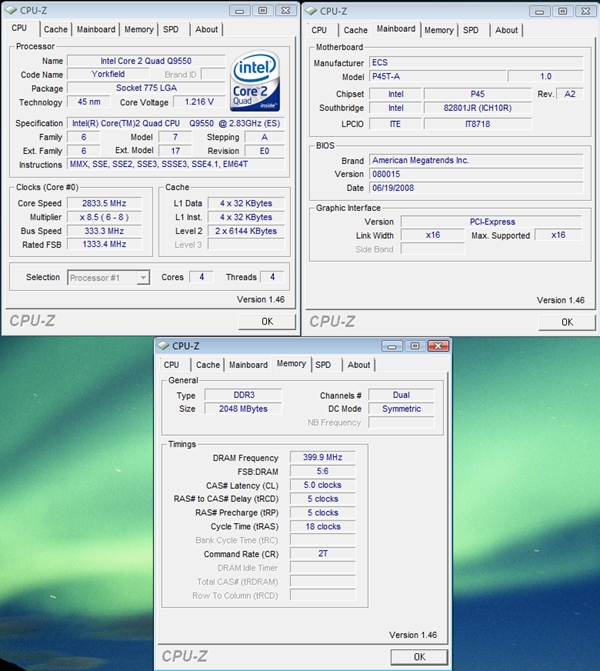 For some strange reason, CPU-Z was detecting the memory as DDR3, even though this is clearly a DDR2 based product. So ignore that particular readout in the CPU-Z screen shot. Since the ECS P45T-A only will support DDR2-800 speeds, the Corsair DD2-1066 will be down clocked to DDR2-800 speed. However, this is a very minimalistic reduction in memory speed, and most likely will not have any detrimental effects on benchmark results. Still, it would have been nice to see ECS include this support, as most P45 based motherboards do. Over the next several pages, we will run this board through its paces, in some synthetic and real world benchmarks. 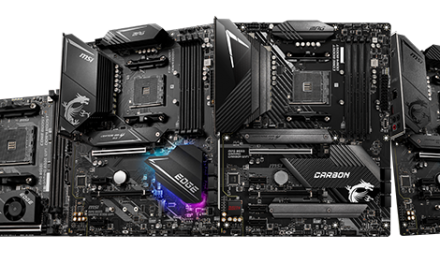