This motherboard throws everything at you feature wise, including the kitchen sink. The features are to numerous to list. Just a short list of honorable mentions brings up DES (dynamic energy saver) with 6-gears, for energy conservation. There’s the “Ultra Durable 2” branding that makes use of quality components such as 100% Japanese made solid capacitors, Low RDS(on) MOSFETs, Ferrite Core Chokes, and a 2-Power phases for Northbridge and memory. Least we forget the multi-functional 4 Gigabit LAN, and their new hardware based TPM security feature. 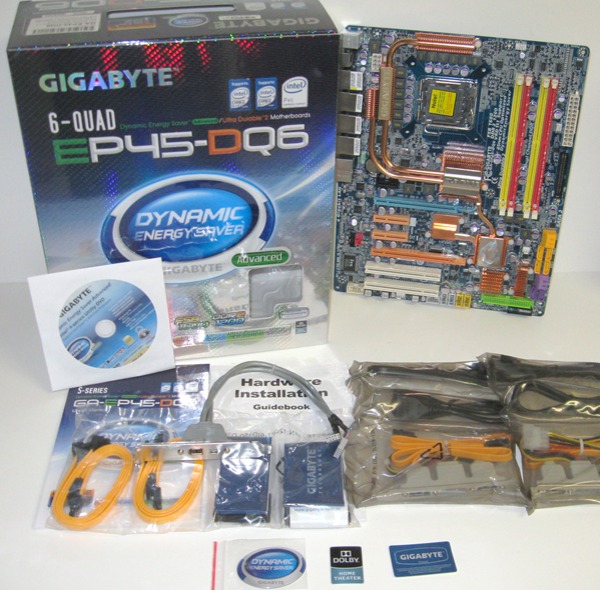 You would think that would be enough, but then you consider onboard LEDs that indicate power phase use, along with seven onboard diagnostic LEDs place throughout the motherboard, that indicate if a malfunction is occurring. On top of all of this GIGABYTE even provides powered eSATA expansion brackets. You would be hard pressed to find another P45 based product on the market with more features.

Performance was great out of the box and the EP45-DQ6 just worked like it should. It performed exactly where it should have, at stock settings for the P45 chipset. That might seem like a minor statement with little significance, but I cant tell you have many boards I have had to tweak right off the bat, just to achieve proper stock performance and stability.  The only setting I manipulated right away, was the energy conserving features, and that was just for the purpose of the review. Everything just plugged in, auto detected correctly, and went to work. 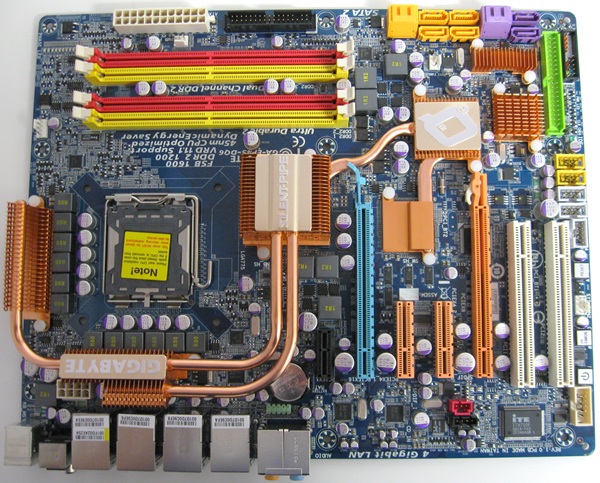 However, this board does not leave the hardcore enthusiast with a sour taste either. It has a plethora of tweaking options in the BIOS second to none. Its one of most advanced BIOS’s I have encountered in some time, in regards to the voltage and timing adjustments available to the end user. It achieved a very respectable FSB ceiling with the Q9550 Quad Core CPU, while using conservative voltage settings.

GIGABYTE produced a motherboard that fits both mainstream and enthusiast level users, that are seeking a motherboard solution based on the Intel P45 chipset.


Be sure to use our pricing engine to find the best prices on Intel motherboards and anything else you might need: